You can get nearly flagship-level quality at a reasonable price.
C. Low|11.17.17
@cherlynnlow

Phone makers are trying to outdo one another by racing to add new, advanced features to their flagships, but these tools are not equally useful. Who really needs Face ID, Animoji or eye-sensing authentication? Some of us just want a good, no-frills phone. Plus, not everyone can or wants to spend almost a thousand dollars on something we'll trade in after two years. For these people, there's a range of options from truly basic sub-$250 phones to more powerful mid-range devices that can be had for less than $500. The latter group is better described as aggressively priced flagships that can serve you almost as well as their costlier counterparts -- and there's now a decent selection to consider.

Although they cost hundreds less than their premium counterparts, mid-range phones often feature the same (or comparable) components. The best sub-$500 handsets use the latest CPUs and run the newest software, and some even offer amenities like nearly bezel-less displays and facial recognition. Some of these devices even outdo flagships when it comes to things like RAM capacity and software customization options.

What you might miss, however, is cutting-edge features like pressure-sensitive home buttons, depth-sensing infrared cameras and slow-motion video capture at higher rates than others. Those can be nice to have, but you're unlikely to miss them. All told, you'll find that these sub-$500 phones are almost as capable as a flagship twice the price. After years of honing its line of affordable flagships, OnePlus delivered a truly great phone in the OnePlus 5. And, come November 21st, it'll be replaced with something better. The just-announced OnePlus 5T sports a bigger 6-inch, nearly bezel-less screen with an 18:9 aspect ratio like those on pricier phones. It also makes use of a surprisingly fast face-recognition unlocking system that could take on Apple's Face ID. OnePlus also improved the dual-camera system that we already liked on the 5, while continuing to use the premium Snapdragon 835 chipset found in most contemporary flagships. Oh, and you'll still find a headphone jack here, which should please those of you who are resistant to change. 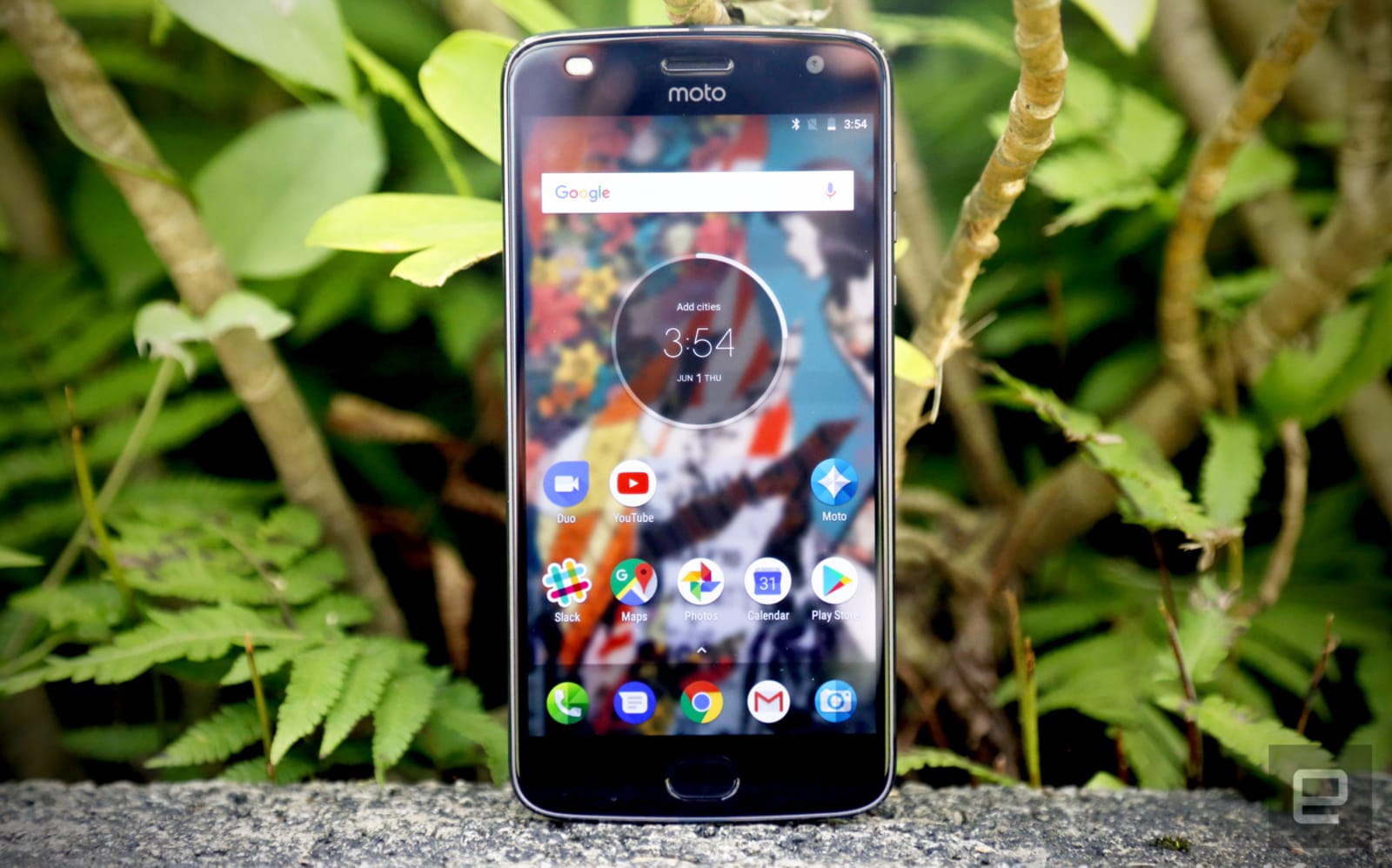 Motorola continues to excel at making budget-friendly phones -- so much so that it won two spots on this list. The Z2 Play is the slightly more advanced of the pair, with its razor-thin design and compatibility with Motorola's "Moto Mods" line of bolt-on accessories. You can snap these accessories onto the Z2 Play to add a JBL speaker, a projector or an Amazon Alexa speaker, giving the phone more functionality. On its own, the phone offers decent performance, thanks to its octa-core Snapdragon 626 chipset, while its 12-megapixel rear camera makes use of dual-pixel focus technology that results in fast speeds. As with other Motorola phones, the Z2 Play comes with the company's useful software additions, including Moto Display, which allows you to check notifications without waking your phone. Motorola also coated the device with a water-repellent material to help keep it safe in wet conditions. The Z2 Play doesn't offer the same epic battery life as its predecessor, the original Z Play, but it's good enough to get you through the day. 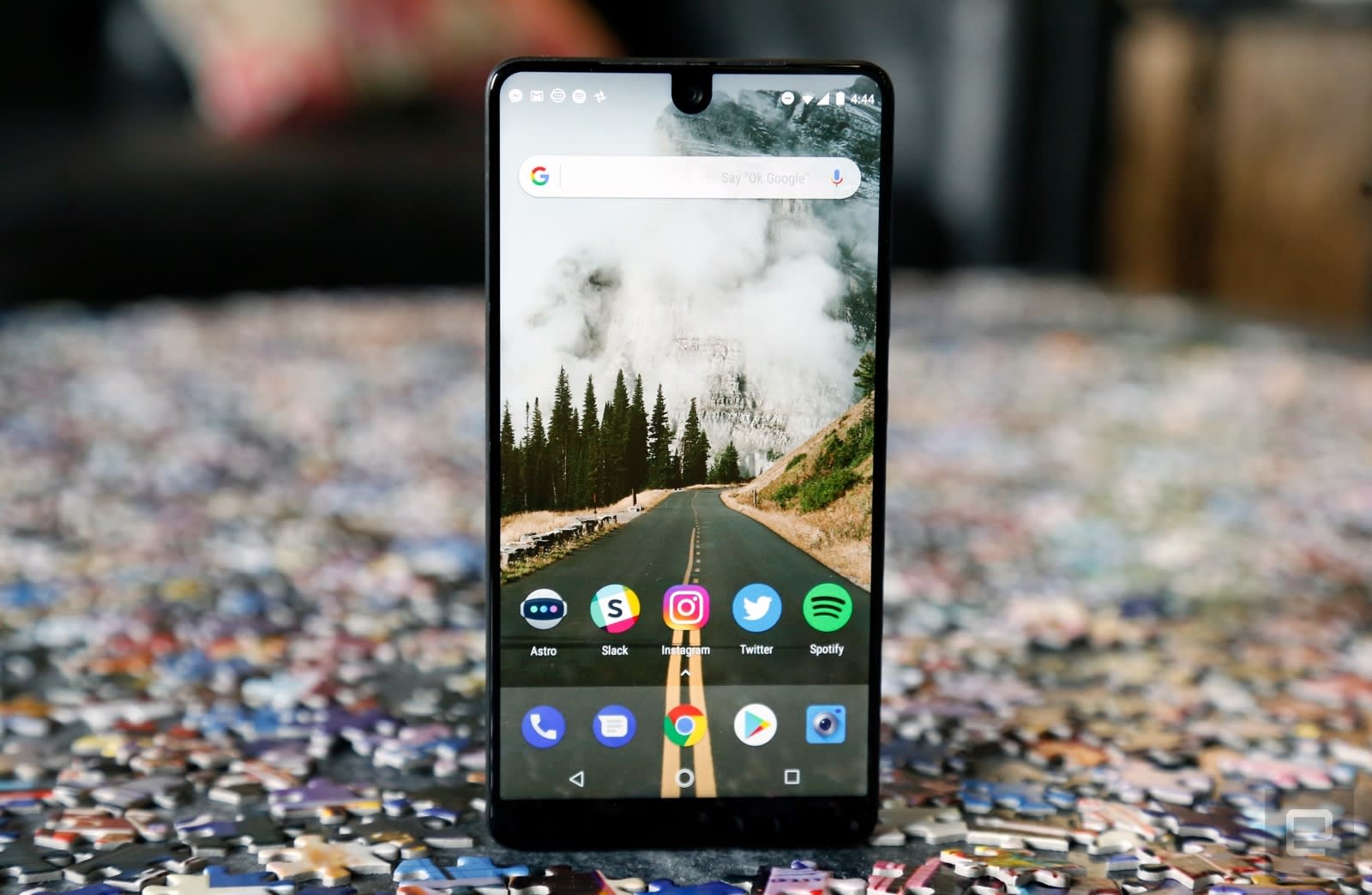 You may not have heard of Essential, but the new company from the creator of Android drew plenty of attention within the tech world. Its debut product, the Essential PH-1, was designed to be a top-of-the-line device without "unnecessary features." The phone crams flagship-level components like a Snapdragon 835 chipset, 128GB of storage and a quad HD display into a dense, sturdy body. The PH-1 is also the first handset to sport a notch where its camera juts into its all-screen front (sorry, Apple), which should give you some bragging rights if that stuff matters to you. Its dual 13-megapixel cameras work well in optimal light but are merely serviceable in dark situations, so if you intend to take a lot of pictures at night, you should look elsewhere. Those who want to keep using their wired headphones should keep looking too, since the PH-1 doesn't have an audio jack. Although some glitches kept the PH-1 from living up to the hype surrounding its launch (and triggered a price cut from $699 to $450), it's still a compelling phone -- you'll be getting what's essentially a $700 flagship at practically half the price. 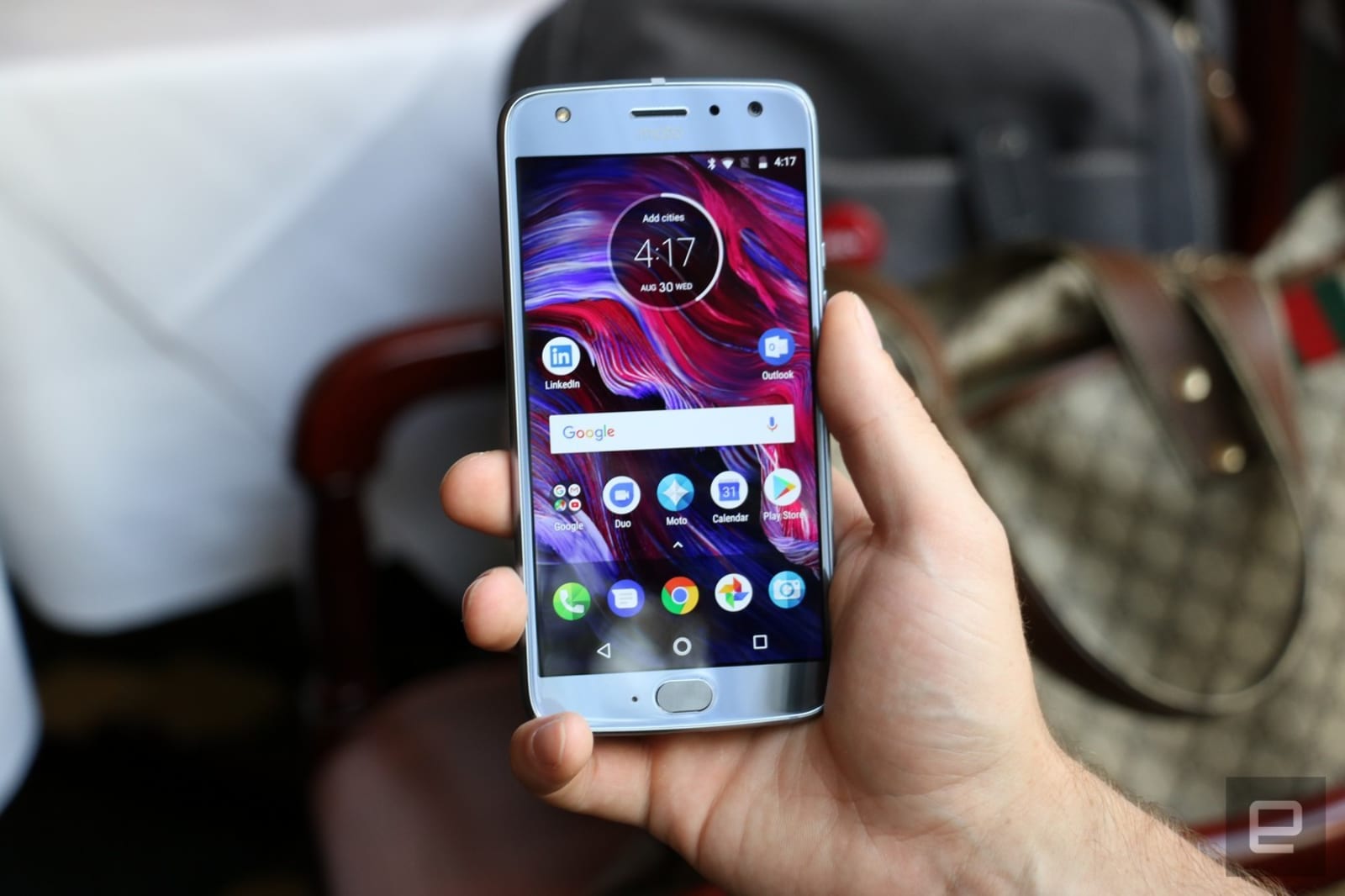 The Moto X4 trades in Mod compatibility for dual cameras, landmark recognition and built-in Alexa. Amazon's assistant not only identifies you by voice but also answers your questions without waking the phone (so long as it's you asking, not someone else). The X4's 12-megapixel camera is capable, considering the price, and its landmark-detection feature provides potentially helpful information about historic buildings that it sees through the lens. The phone also meets IP68 standards for water resistance, meaning it can survive a dip for up to 30 minutes. Its Snapdragon 630 processor and 5.2-inch full HD display are also adequate for the money. My favorite thing about the X4, though, is its shiny, eye-catching design, which makes it look and feel more expensive than it is. 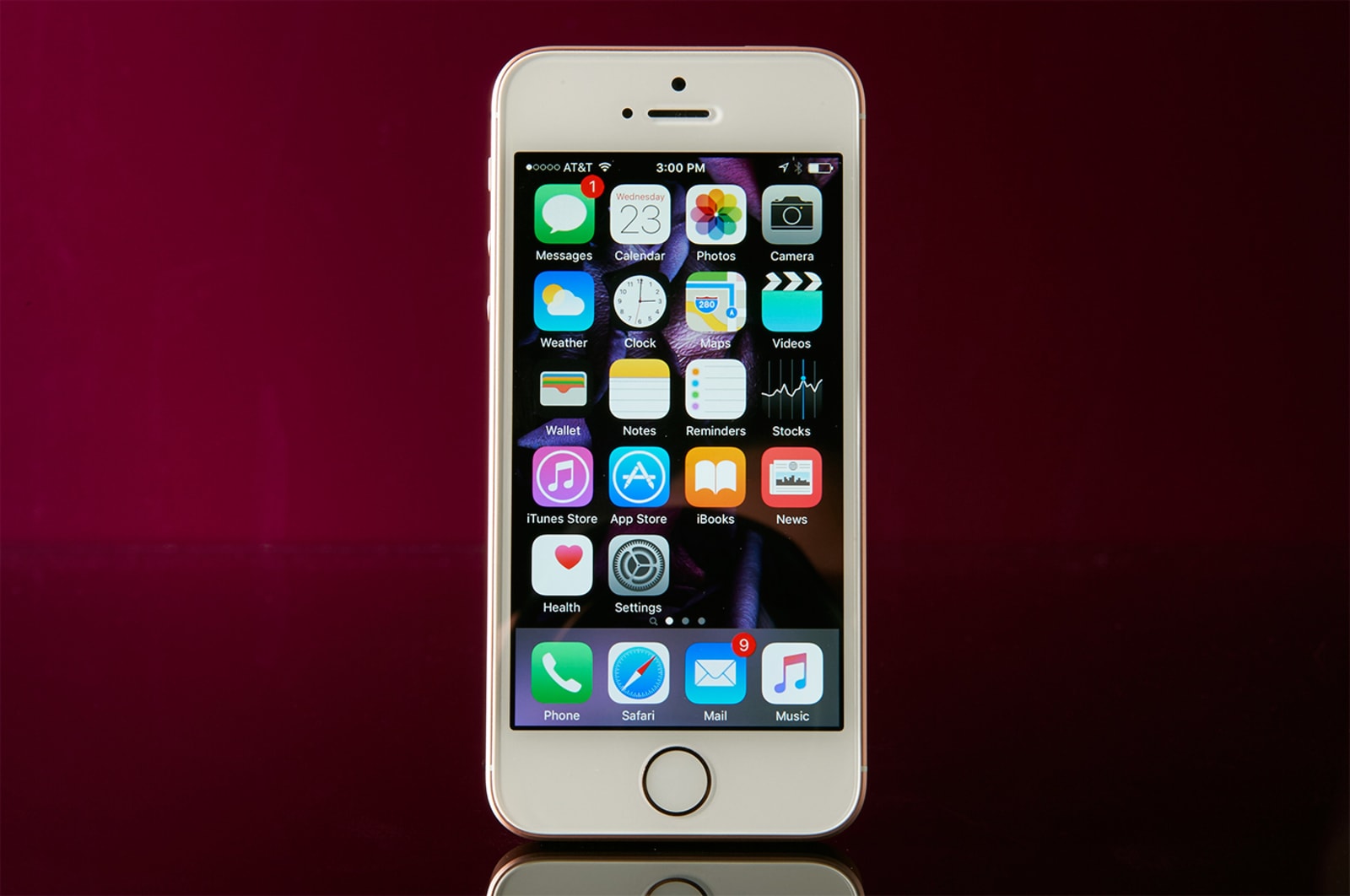 Sure, the iPhone SE is due for an update, but as the only sub-$500 iPhone available, it's the best choice for Apple fans on a budget. If you can overlook its dated design, the iPhone SE is a capable phone that performs well despite (or thanks to) its now two-year-old A9 processor. Its compact 4-inch size also makes it a strong option for those who prefer something smaller. Plus, Apple recently doubled the iPhone SE's storage, which is another bonus. You'll also like the 12-megapixel rear camera, which delivers accurate colors and crisp details, but its 1.2-MP front-facer will disappoint selfie lovers. Also worth a look is the ASUS ZenFone 4, which stands out for its 12-megapixel dual cameras, which can save pictures as RAW files. It also features a dual-pixel sensor for faster autofocus, along with optical image stabilization and Portrait mode for artificial bokeh. The secondary sensor on its back side uses a wide-angle lens in the same vein as the LG G6, allowing you to capture landscapes and skylines more easily. The rest of the phone's specs are typical for the price: a Snapdragon 630 processor with 4GB of RAM and 64GB of storage. Its 5.5-inch full HD IPS display can get pretty bright too, with a max setting of 600 nits. Some people might not like ASUS's ZenUI skin, which runs on top of Android 7 Nougat, but camera aficionados who can put up with a slightly different (and cartoonish) UI might find the ZenFone 4 compelling. I sincerely hope "squeezable" sides won't spread to smartphones other than the HTC U11 and the Google Pixel 2, but I have to admit they can be helpful at times. On the HTC U11 Life, pressure-sensitive edges detect when you're squeezing the phone, and launch your designated apps. You can also set this to perform specific actions within some apps, like zooming out in Google Maps, which is more useful than the Pixel's implementation. In addition to this novelty feature, the U11 Life packs a Snapdragon 630 chipset, a 5.2-inch full HD screen and built-in Alexa support. Each U11 Life also comes with a pair of HTC's uSonic earbuds, which tunes audio based on the shape of your ear, making it an even better deal overall. But the reason for these is the missing audio jack on the U11 Life, so be aware that you won't be able to plug in wired earbuds before you decide.