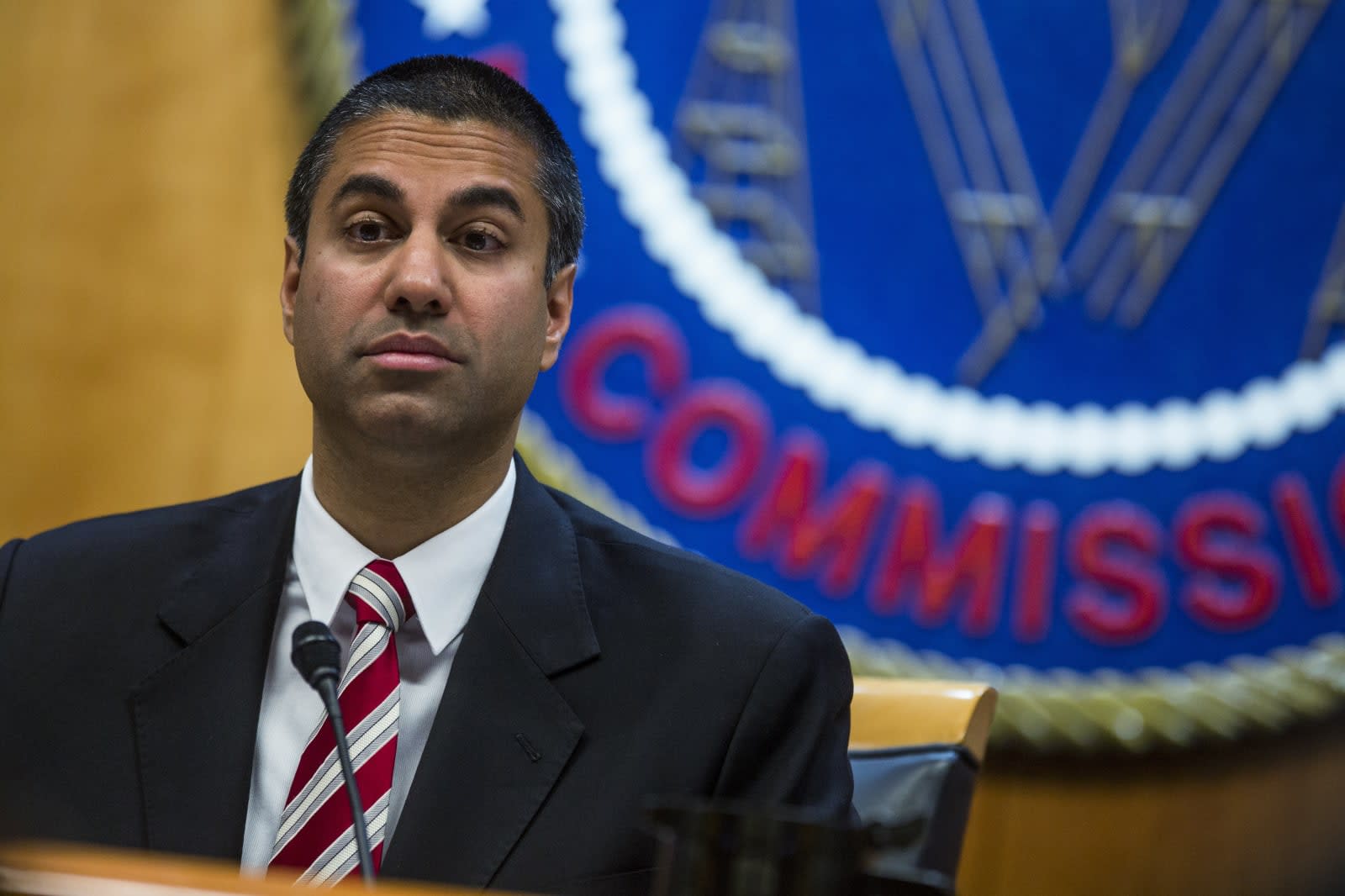 Today, senior FCC officials outlined the net neutrality draft proposal that will be released by the commission tomorrow. As has been discussed for months, if the new proposal is accepted by the FCC, broadband internet service will cease being subjected to Title II regulations and will return to an information service classification rather than a telecommunications one. Additionally, the order would fully repeal the FCC regulations allowed by the internet conduct standard put in place in 2015, which let the commission investigate practices like zero-rating schemes -- AT&T's Sponsored Data and Verizon's FreeBee Data 360 setups, for example -- and would get rid of the bright-line rules that prevented internet service providers (ISP) from blocking, throttling or fast-laning certain content.

Instead, ISPs would be required to disclose certain practices such as blocking, throttling and prioritization. If providers decide to engage in those actions, they would have to reveal what content they were blocking, what content they were throttling, which affiliates were engaged in service prioritization and how paid prioritization schedules were laid out. That information would have to be released on a publicly accessible website or sent directly to the FCC, which would then publicly publish it itself.

In addition to those changes, the FCC says that any state-level laws that go against the FCC's new regulation policies, if put in place, will be preempted. Any regulations that override the federal policy will cease to apply.

Once broadband is no longer considered a telecommunications service, the FTC will regain some authority over ISPs and their network management practices. The FTC and FCC would then hold joint responsibility over ISPs and both would consult on which would be the best agency to take action against a company accused of violating the new transparency rules or engaging in anticompetitive behavior.

The draft will include much more detail including cost-benefit analyses regarding the Obama-era regulations that were put in place, which the commission has maintained inhibited innovation and investment. The FCC and Chairman Ajit Pai have also said that the more stringent regulatory policies put in place in 2015 were attacking problems that didn't exist.

A number of groups and companies have spoken out against the proposed changes. Apple filed a comment on the proposed plan in support of strong open internet policies, as did millions of others. And groups like the ACLU, Greenpeace, the Electronic Frontier Foundation and Color of Change voiced their support of net neutrality during the Day of Action that took place in July. Companies like Netflix, Spotify, Reddit and Amazon did as well. However, among those that have voiced support for the FCC's proposed changes are Comcast, AT&T, Verizon and the Trump administration.

The full draft will be released by the FCC tomorrow morning and the commission will vote to approve them on December 14th. It is expected to pass.

In this article: aclu, ajitpai, amazon, apple, att, broadband, Comcast, DonaldTrump, ElectronicFrontierFoundation, FCC, ftc, gear, greenpeace, internet, InternetServiceProvider, netflix, NetNeutrality, politics, reddit, regulation, services, spotify, titleii, verizon
All products recommended by Engadget are selected by our editorial team, independent of our parent company. Some of our stories include affiliate links. If you buy something through one of these links, we may earn an affiliate commission.