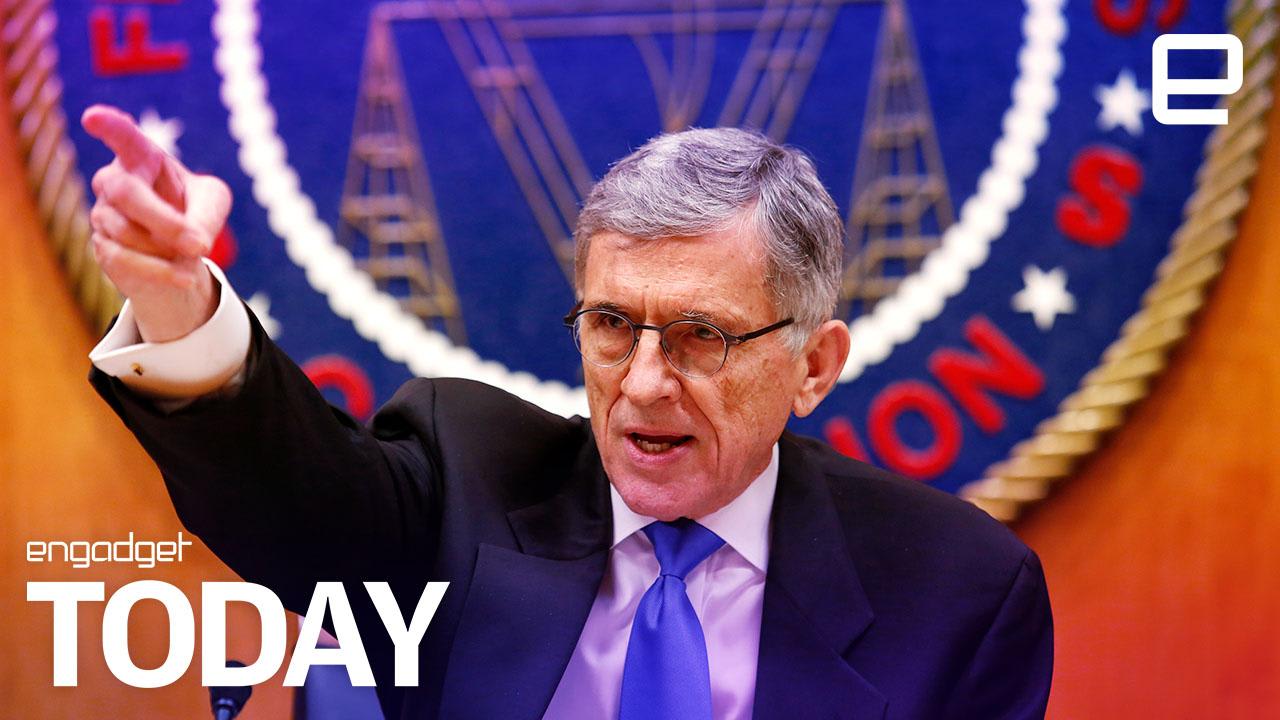 The FCC under Chairman Ajit Pai is signaling new broadband policy changes that can only be described as friendly to ISPs and hostile to consumers. In a "Notice of Inquiry," a public comment step often taken ahead of rule changes, the commission proposes that both fixed and mobile can be counted as broadband under Section 706 of its rules. That differs from the current standard, developed under Tom Wheeler, that requires timely deployment of both wired and wireless networks in the US.

On top of that, the FCC has suggested that if mobile networks are providing this "broadband," all one needs is 10Mbps download and 1Mbps upload speeds. That's less than half of the 25Mbps down and 3Mbps up speeds currently required to fit the definition of home broadband. At the same time, the Notice of Inquiry proposes to leave home speeds at the current level.

The FCC says the "statutory language" gives it the right to scoop mobile and land transmission into one broadband basket. Section 706, it says, defines advanced telecommunications tech "as high-speed, switched, broadband that enables users to original and receive high-quality voice, data, graphics and video telecommunications ... without regard to any transmission media or technology."

Noting that 13 percent of Americas rely solely on smartphones for internet access, "we seek comment on whether we should evaluate the deployment of fixed and mobile broadband as separate and distinct ways to achieve advanced telecommunications capability."

We seek comment on whether to deem an area as 'served' if mobile or fixed service is available. I am skeptical of this line of inquiry. Consumers who are mobile only often find themselves in such a position, not by choice but because they cannot afford a fixed connection.

Yet, mobile networks often don't suit the needs of consumers and businesses because of highly variable speeds, data caps, lack of free tethering and other issues. And if the FCC eliminates current net neutrality rules as it wants, it could further curtail consumer access to data-hungry services like Netflix and YouTube.

Tom Wheeler's FCC changed broadband requirements to the 25Mbps/3Mbps standard from 4 Mbps/1Mbps upload/download speeds back in 2015. One reason for that was the humiliating fact that the US ranked 25th out of 39 developed countries in internet speeds at the time. Since the new standard was put in place, data rates have increased markedly, and America is now ranked 10th in the world for broadband internet -- though that strongly depends on which state you live in.

The FCC's Democrat Commissioner Mignon Clyburn doesn't agree with gist of the Notice of Inquiry. "We seek comment on whether to deem an area as 'served' if mobile or fixed service is available," she wrote in a concurring statement. "I am skeptical of this line of inquiry. Consumers who are mobile only often find themselves in such a position, not by choice but because they cannot afford a fixed connection."

She adds that the US should also be pushing faster internet speeds, not keeping the standard the same. "High-definition video conferencing is squarely within the rubric of 'originating and receiving high-quality video telecommunications,' " she writes, "yet the 25/3 Mbps standard we propose would not even allow for a single stream of 1080p video conferencing, much less 4K video conferencing."

The Notice of Inquiry calls for public comments at this link until September 7th, with reply comments due by September 22nd. So far, the commission has done a lousy job of handling comments about net neutrality, with intermittent or no access during an eight-hour period on May 7th, 2017. That was either due to a DDoS attack or, as some security professionals think, just a bad commenting system. Anyway, even if lots of folks express their disapproval, the FCC doesn't really care.

Via: Ars Technica
Source: FCC
In this article: aoloriginals, Broadband, dailyshow, DigitalDivide, Engadget, EngadgetToday, engadgetvideo, entertainment, FCC, gear, Infrastructure, internet, KerryDavis, mobile, MobileNetwork, politics, verizon, video, WiredConnection
All products recommended by Engadget are selected by our editorial team, independent of our parent company. Some of our stories include affiliate links. If you buy something through one of these links, we may earn an affiliate commission.