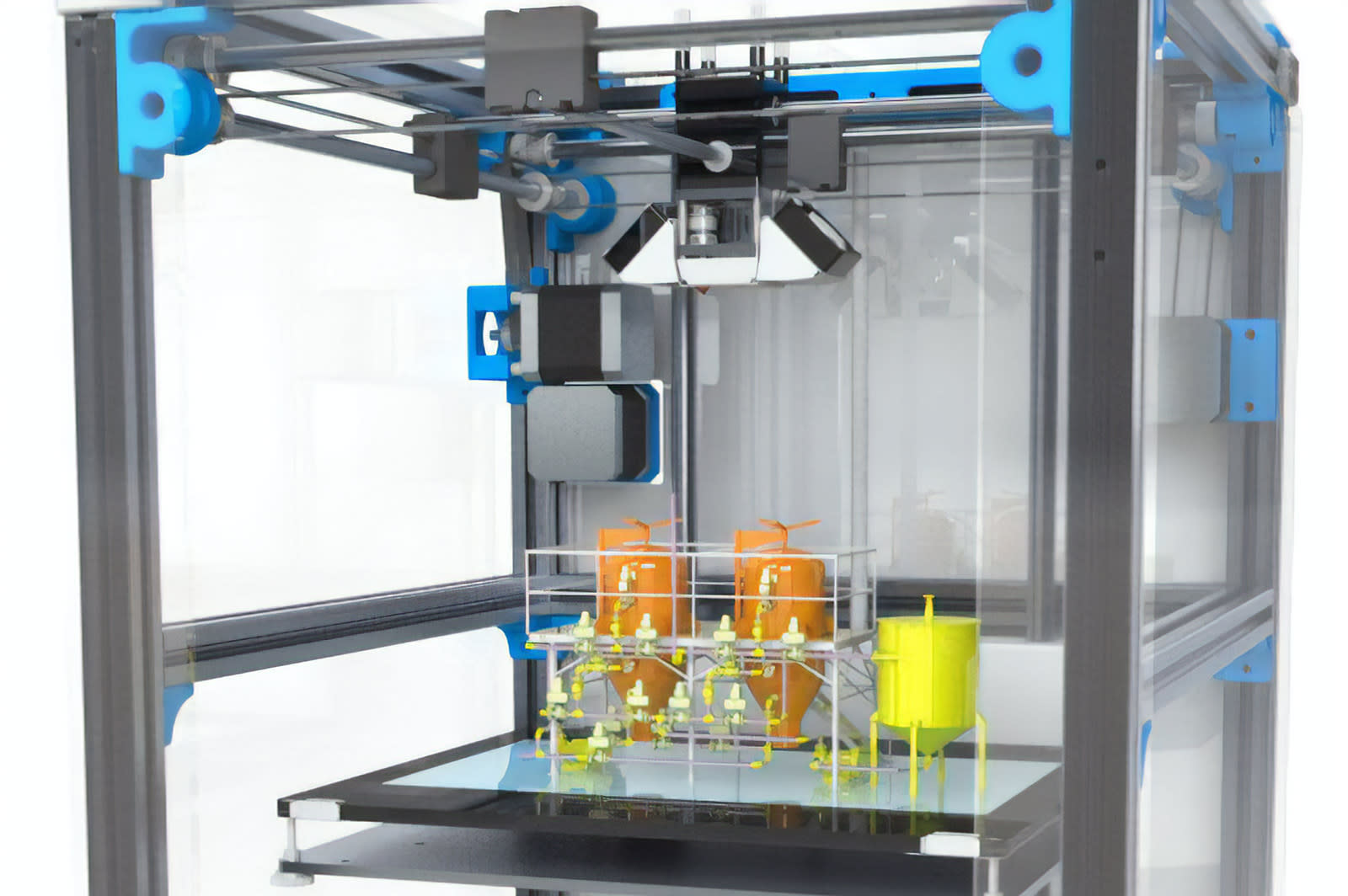 You might imagine that drug production only happens at gigantic pharma corporations with millions of dollars worth of equipment. However, researchers at the University of Glasgow have unveiled a new process of building "reactionware," or small reactors that can produce drugs, using a $2,000 off-the-shelf 3D printer, Science reports. The new process makes it possible for anyone to fabricate drugs, allowing doctors in developing nations to quickly produce medicines to curtail outbreaks, or even let you produce your own ibuprofen at home.

The process sounds fairly simple when you describe it, but it took the researchers nearly six years to get to this point. Using the 3D printer, the team built various water-bottle sized vessels that can carry out four different chemical reactions in 12 steps, including filter and evaporation. These essentially become miniature reaction factories, allowing pharmacists or doctors to create specific drugs by adding solvents and reagents at specific times in the process.

The chemicals themselves could kept in "self-contained cartridges, requiring limited user interaction to produce the desired products on demand," the paper notes (paywall). A big part of the scheme are the recipes that break down the fabrication into a step-by-step workflow that anyone can follow.

Using the technique, the researchers created the muscle relaxant baclofen, and also produced anticonvulsant and ulcer drugs using different reactionware. The process could be extended to produce many other different types of medicine.

It's certainly possible to purchase reactionware vessels, the researchers note, and fabricate the drugs in much the same way. However, ordering and shipping such products could take precious time in remote or poor regions in case of outbreaks or other medical emergencies. And it would be completely impossible on the ISS or NASA missions to Mars, for instance. Using a 3D printer would allow medical personnel to roll their own reactors, and as long as they had the necessary chemicals, they could make a wide variety of drugs themselves.

There are still a lot of things to work out, like regulations and the potential for abuse of such devices to make illegal drugs, but other researchers are pretty enthused about the ideas. "It could become a milestone paper, a really seminal paper," Nobel laureate chemist Fraser Stoddart (who was not involved in the research) told Science. "This is one of those articles that has to make [people] sit up and take notice."

In this article: 3DPrinting, Chemistry, Drugs, gear, medicine, pharmaceuticals, Reactionware, tomorrow
All products recommended by Engadget are selected by our editorial team, independent of our parent company. Some of our stories include affiliate links. If you buy something through one of these links, we may earn an affiliate commission.