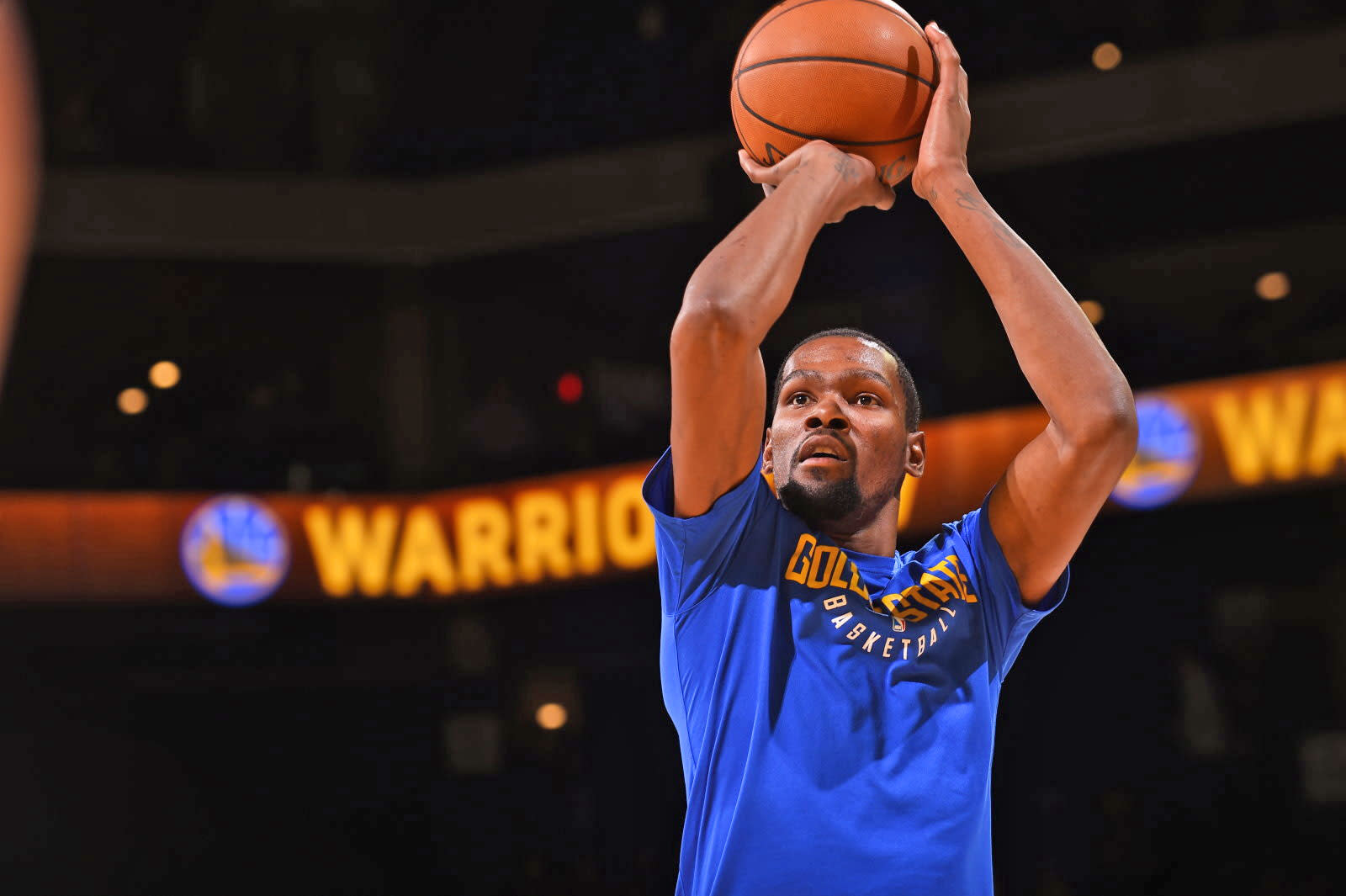 Apple's slate of original shows keeps growing and growing and the latest project now in development is a drama based on the early life of Kevin Durant. Swagger will focus on youth basketball players, their families and their coaches and will draw on Durant's experiences playing basketball with the Amateur Athletic Union in the Washington DC area. Durant, who currently plays with the Golden State Warriors, is no stranger to the entertainment world. He has an incredibly popular YouTube channel and last month YouTube signed a deal with Durant's Thirty Five Media production company that will bring more sports-centered video content to the platform.

Though there's still no word on when we might get to see them, Apple has added a number of shows to its lineup. So far, there's an anthology series called Little America from the writers of The Big Sick, a space drama from Ronald D. Moore (Star Trek, Battlestar Galactica), a sci-fi series from the director of The Hunger Games as well as three shows from Reese Witherspoon's Hello Sunshine production company that will star Kristen Wiig, Octavia Spencer, Jennifer Aniston and Witherspoon herself. There's also a drama from the director of La La Land in the works as well as a documentary series from the producer of Rock of Ages and a Steven Spielberg-produced revival of Amazing Stories.

Thirty Five Media will produce Swagger alongside Brian Grazer and Ron Howard's Imagine Television, the production credits of which include 24, Arrested Development and Friday Night Lights. Reggie Rock Bythewood, co-writer of 2009's Notorious, will write and direct the series. "I am honored to be partnering with Kevin Durant and working again with Reggie on Swagger," Grazer said in a statement. "These are two people who are superstars in their fields, and bring with them an authentic voice to the project. After Friday Night Lights, I had wanted to make another sports themed series for television, and when I met with Kevin, I knew Reggie would be the perfect person to create this world with compelling characters and a story worth telling."

Update, 6:15PM ET: This post has been updated to clarify that Swagger is in development by Apple, Thirty Five Media and Imagine Television. In this case, it may end up as a full series, but for now it's another project in the works in Apple's original content division -- we'll have to stay tuned to see whether it gets a full series order.

In this article: apple, av, entertainment, kevindurant, swagger, television, youtube
All products recommended by Engadget are selected by our editorial team, independent of our parent company. Some of our stories include affiliate links. If you buy something through one of these links, we may earn an affiliate commission.