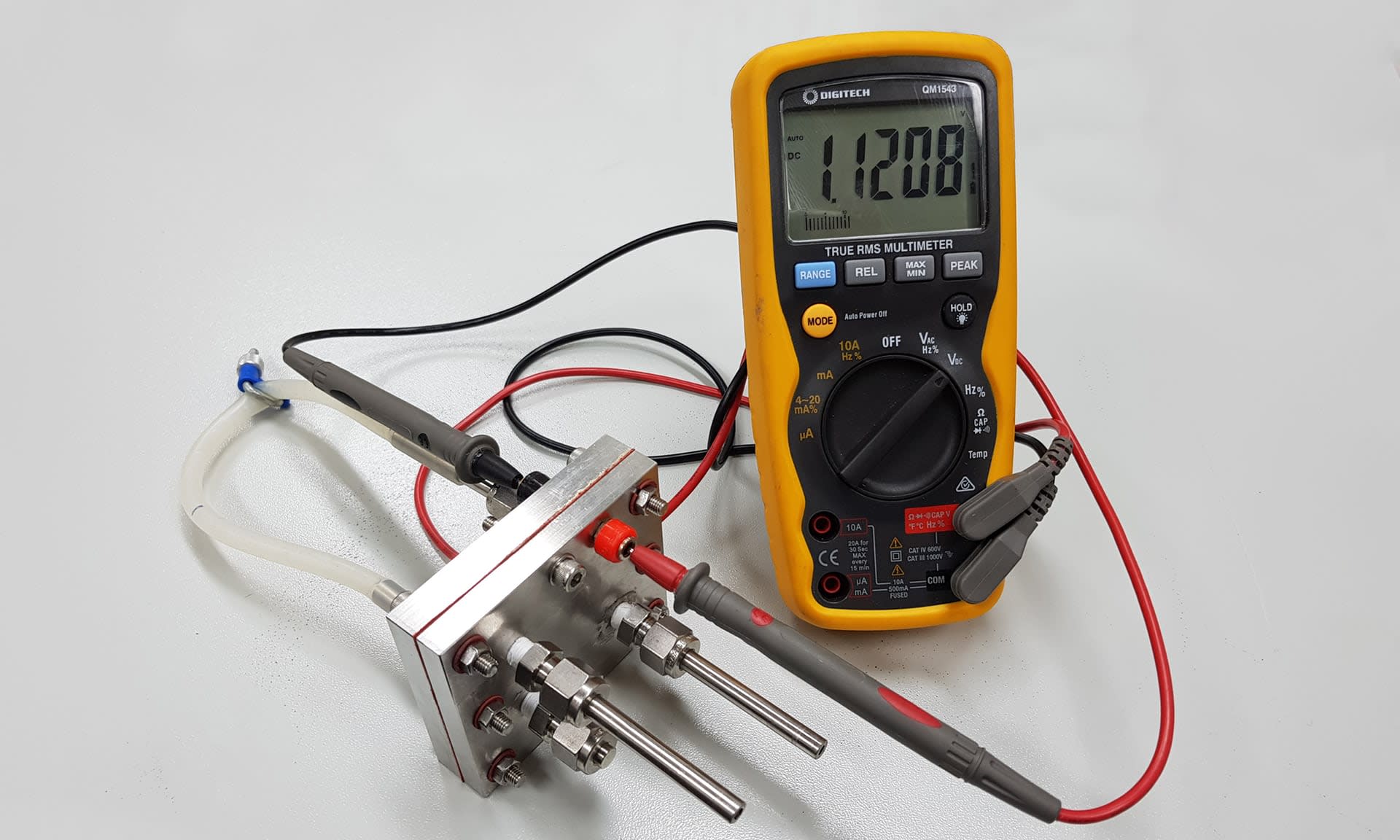 A big challenge for the EV and renewable energy revolution is that the much-needed batteries are made from lithium, a relatively rare and pricey metal. Rather than focusing on other metals like magnesium, a team of scientists from RMIT University in Melbourne have figured it out to build rechargeable "proton" batteries from abundant carbon and water. If commercialized, the technology could allow for cheaper Powerwall-type home or grid storage to back up solar panels or windmills.

The batteries are a hybrid between a chemical battery and a hydrogen fuel cell. During charging, water is split to produce protons, which then pass through a cell membrane and bond to the carbon electrodes, without producing hydrogen gas. To tap the stored energy, the hydrogen ions are released and lose an electron to re-form the protons. The electrons supply power, while the hydrogen protons combine with oxygen and other electrons to re-form into water.

The big advantage with proton batteries compared to fuel cells is efficiency. The latter must produce hydrogen gas then split it back into protons, which creates losses. But a proton battery never produces hydrogen gas, so the energy efficiency is comparable to lithium-ion batteries. And even though the system is far from optimized, energy density is also comparable to lithium ion, the team said.

The researchers built a small, 1.2 volt battery, so the next step is to scale it up and improve efficiency. "Future work will now focus on further improving performance and energy density through use of atomically-thin layered carbon-based materials such as graphene, with the target of a proton battery that is truly competitive with lithium ion batteries firmly in sight," said lead researcher Professor John Andrews.

Yes, we know you've heard that before, but with enough of these promising battery research projects, we're bound to find one that actually works, right?

In this article: Battery, Carbon, gear, green, Rechargeable, Renewables, Water
All products recommended by Engadget are selected by our editorial team, independent of our parent company. Some of our stories include affiliate links. If you buy something through one of these links, we may earn an affiliate commission.