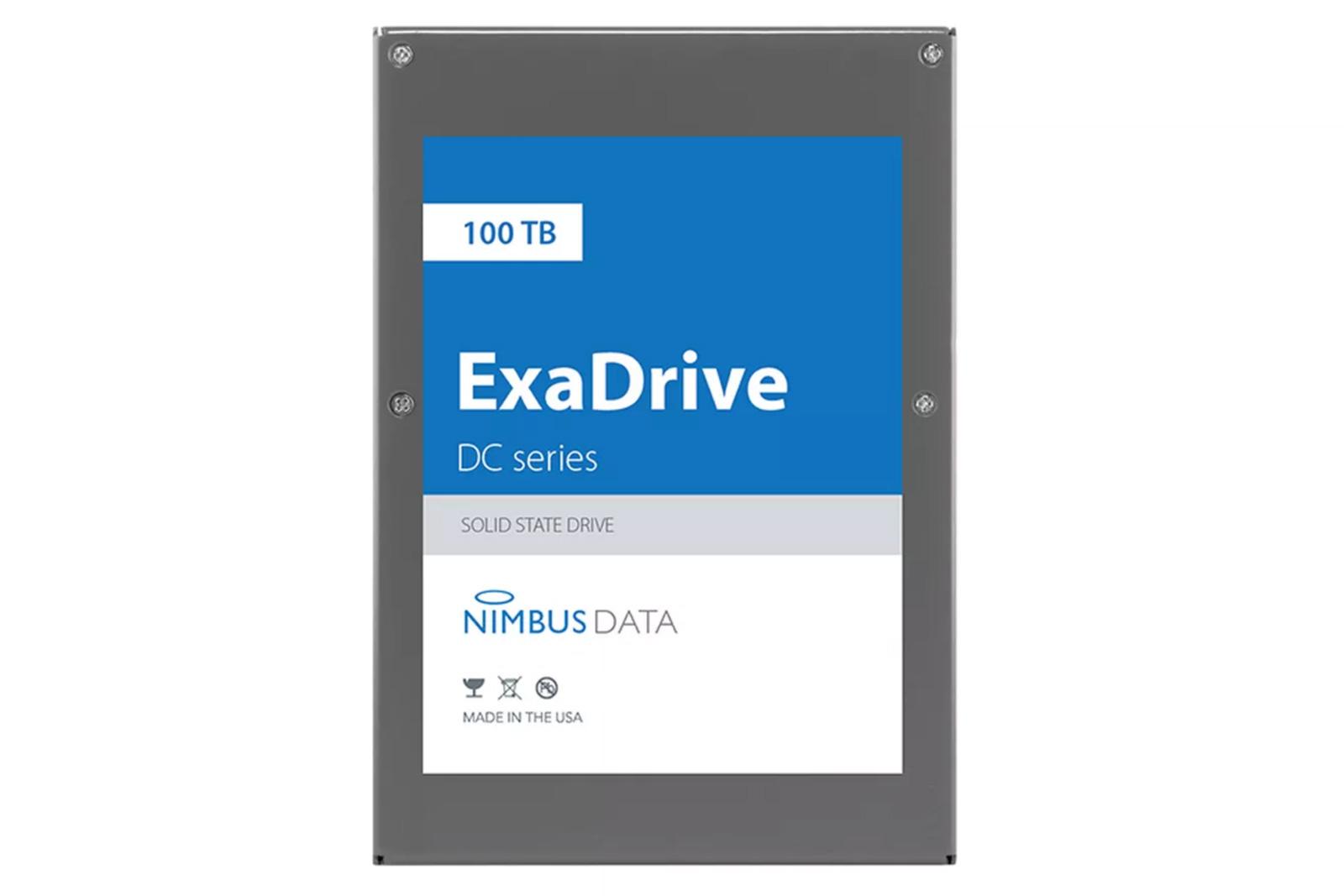 That didn't take long -- just a month after Samsung released a record-setting 30TB SSD, a rival has claimed the throne. Nimbus Data has unveiled the ExaDrive DC100, which crams 100TB of 3D flash memory into a standard 3.5-inch SATA form factor. For context, that's 20 million songs (if you assume 5MB each) in a device small enough to fit into your home PC. Not that you're about to buy one, unfortunately.

As you might guess, this is intended for servers where capacity takes priority over everything else, including performance (the 500MB/sec is nothing to write home about). A data center could hold 100 petabytes of data in a single rack instead of needing large swaths of server room space. That's helpful for cloud services, AI and other technologies that may need massive amounts of data.

And then there's the cost. When the DC100 ships in the summer, it'll have pricing comparable to other business-grade SSDs "on a per terabyte basis." That likely means a price in the tens of thousands of dollars, which is enough to give pause even to those companies that can afford it. While the drive should be trustworthy enough, that's a lot of money (and a lot of data) to lose if one goes bad. Think of this more as a peek at the future of SSDs than anything else.

In this article: 3dnand, business, datacenter, enterprise, exadrivedc100, gear, nimbusdata, personal computing, personalcomputing, server, ssd, storage
All products recommended by Engadget are selected by our editorial team, independent of our parent company. Some of our stories include affiliate links. If you buy something through one of these links, we may earn an affiliate commission.