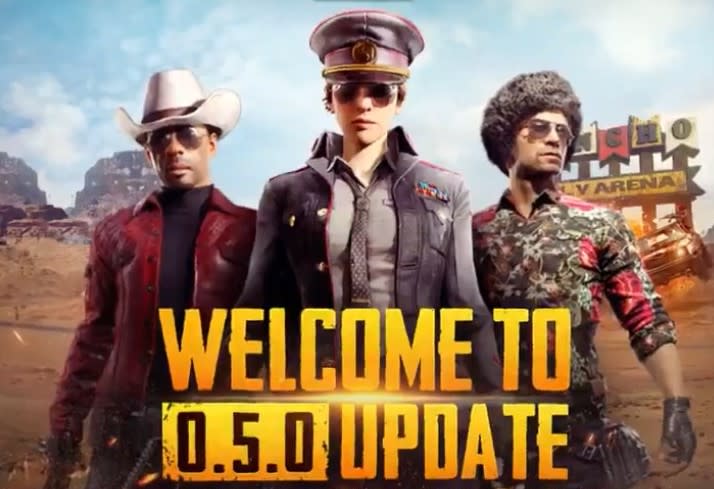 PlayerUnknown's Battlegrounds has finally dropped its 0.5.0 update for mobile, and it's pretty much everything we'd hoped for. A cut-to-the-chase tweet from developer Tencent revealed that the Miramar Map, progression missions, secret stash and local quick teams are all part of the new patch, which was rolled out over a period of extended downtime yesterday. Availability of the update depends on the region of your store, though, so you might not get it straight away, but unlike the last mobile update, it doesn't matter which operating system you're using as it looks like Android and iOS users will get the goods at the same time.

In this article: Android, gaming, iOS, MiramarMap, mobile, playerunknownsbattlegrounds, PUBG, update
All products recommended by Engadget are selected by our editorial team, independent of our parent company. Some of our stories include affiliate links. If you buy something through one of these links, we may earn an affiliate commission.