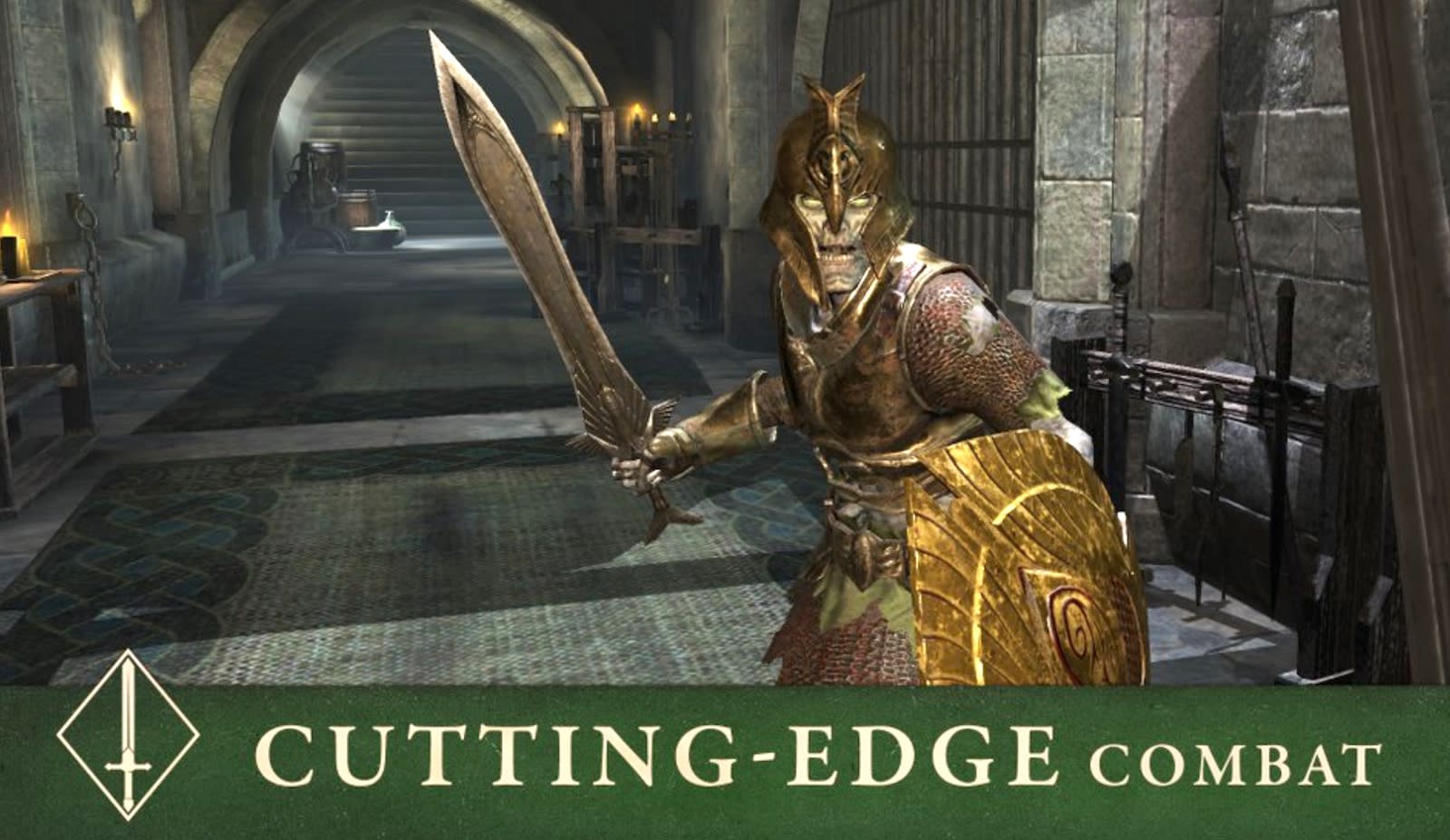 Have you ever wanted to play an Elder Scrolls game on your phone, for free? Bethesda thinks you have and has you covered with Elder Scrolls: Blades, what the company's Todd Howard described as "a pure Elder Scrolls game." It'll run on every platform imaginable, Howard said, and all the versions will connect to one another, so, for instance, someone on an iPhone X can play against someone who's running through it on a PC-based VR system or standard console. It'll be out this fall. You use finger-swipes for melee attacks and casting spells against various beasts (and other players) in procedurally generated dungeons, and beautiful forests.

There are a few different modes as well, including a rogue-like endless dungeon and an arena for 1v1 combat. You can even build out your own town. As you build the town out, you'll unlock additional quests. And, hey you can play the entire game in portrait mode, one-handed. Pre-orders for the F2P game are live right now in case you're really excited. Howard said that Bethesda will keep the game going for years to come, a la what it's been doing with Fallout Shelter, which is now available for Nintendo Switch and PlayStation 4.

We've brought the beauty of an Elder Scrolls game to mobile.

The Elder Scrolls: Blades provides a massive first-person RPG experience you can play on your phone during those "important meetings". ;) #BE3 pic.twitter.com/sZzShIw3DV

In this article: android, bethesda, e3, e32018, gaming, ios, iphonex, mobile, playstation, playstation4, ps4, virtualreality, vr, xbox, xboxone
All products recommended by Engadget are selected by our editorial team, independent of our parent company. Some of our stories include affiliate links. If you buy something through one of these links, we may earn an affiliate commission.