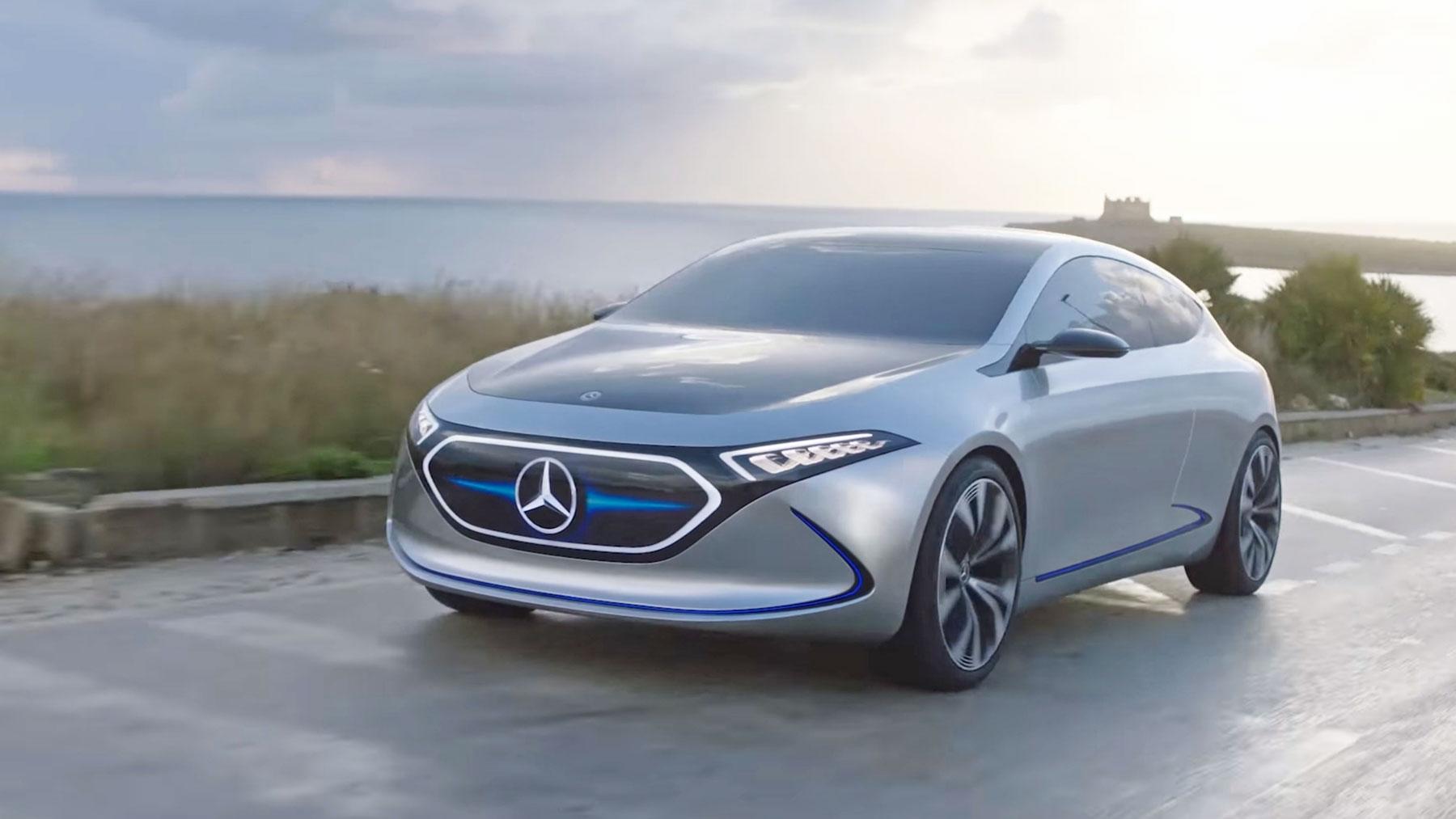 Mercedes has showed off footage of its prototype EQA, the compact EV that's part of its next-generation of EQ electric cars. It first unveiled the A-Class-sized electric car at the Frankfurt Auto Show last year, but it now apparently has a working prototype. It's expected to have a 60 kWh battery pack that will yield a 200 to 250 mile range, and electric drivetrain that will propel it from 0 to 60 mph in around five seconds. A DC quick-charging system will allow you to add 60 miles or so of range in just ten minutes.

Mercedes is investing $589 million at its Hambach plant in northeast France where it plans to build the EQA (that's where the Smart car is currently built). However, the first car to be released in the EQ lineup will be the electric EQC SUV, recently revealed in camouflaged mule form, which could come to market as early as next year. Mercedes is also building the EQS, an EV equivalent to its S-class sedans.

All three EQ EVs just happen to match up against Tesla models, with the EQA taking on the Model 3, the EQS the Model S, and the EQC matching up against Tesla's Model X. Mercedes hasn't revealed the pricing of any of the vehicles yet, of course, nor when the EQS and EQA would come to market.

The EQA looks pretty cool, with its smooth aerodynamics and red and blue lighting scheme. It's just a prototype, however, so don't expect the final production vehicle to look exactly the same.

In this article: Concept, ElectricCar, EQ, EQA, EV, gear, Mercedes-Benz, Sicily, transportation, video
All products recommended by Engadget are selected by our editorial team, independent of our parent company. Some of our stories include affiliate links. If you buy something through one of these links, we may earn an affiliate commission.