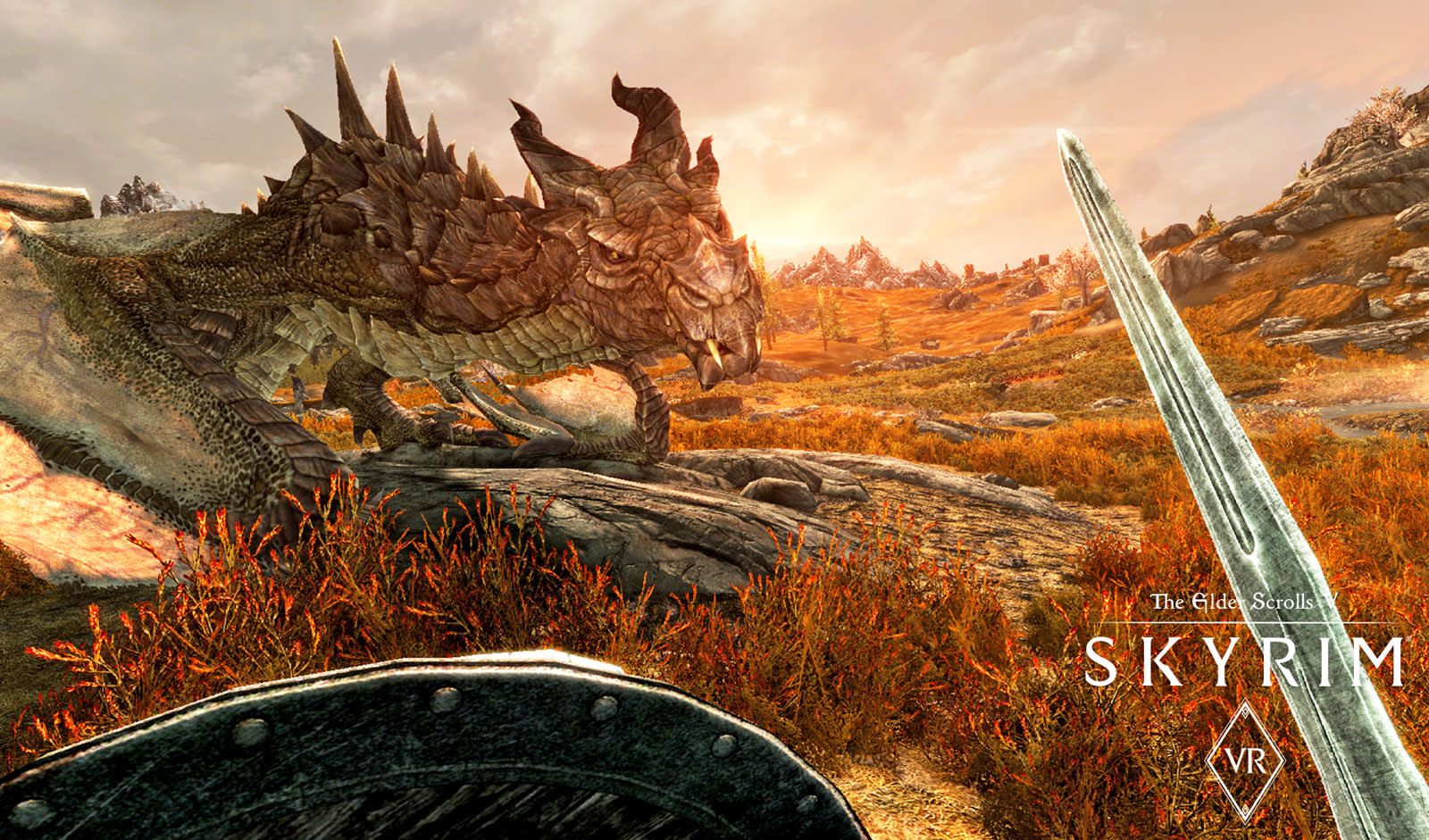 Bethesda's Skyrim went full VR about seven months ago, and it's now getting a pretty significant update. That's a good thing, as not everyone was super pleased with this version of the venerable RPG. According to UploadVR, the title will receive improved visuals, a new main menu and some significant changes to the Move controller configuration.

The visuals should get a decent bump from the patch, though UploadVR notes that you'll see the best improvement with a PS4 Pro. The Move controller will now let you move backwards with the X buttons, swim realistically in water and show hands (instead of Move controllers) when you put your weapons away. Better yet, there's a new realistic bow aiming option that uses both Move controllers to aim, an adjusted angle for spell targeting, new map markers and several bug fixes. You can see the full list of updates for the PS4 version of Skyrim from Bethesda on Reddit; the PC version hasn't been updated since April.

In this article: av, bethesda, gaming, patch, playstation, ps4, psvr, skyrim, skyrimvr, sony, update, vr
All products recommended by Engadget are selected by our editorial team, independent of our parent company. Some of our stories include affiliate links. If you buy something through one of these links, we may earn an affiliate commission.