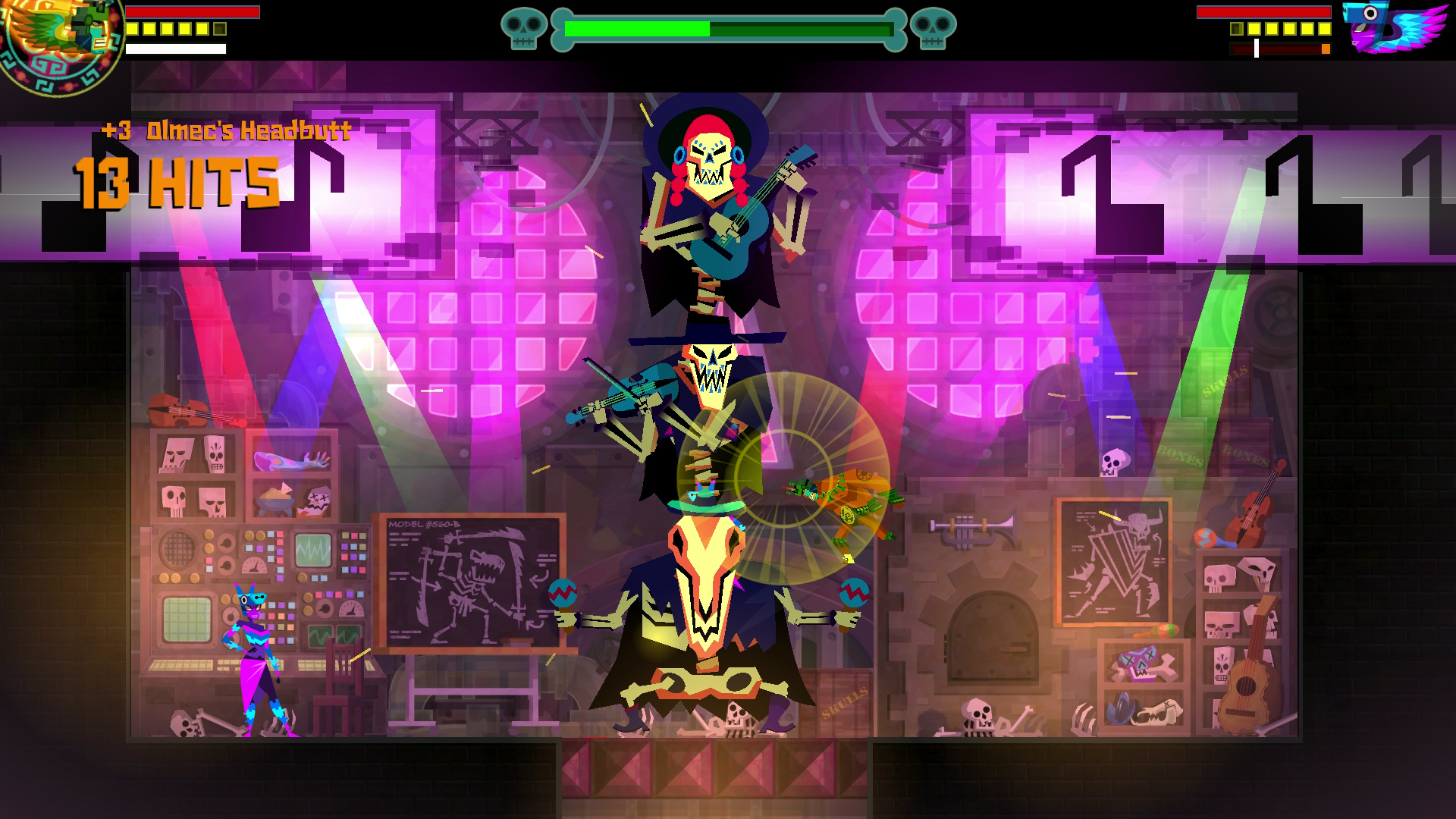 DrinkBox Studios, the team behind the excellent Guacamelee Super Turbo Championship Edition and Guacamelee 2, have announced that both games will be coming to the Nintendo Switch, with the former out on the Nintendo eShop today.

Guacamelee is a side-scrolling, beat-em-up platformer that doesn't only run to the right. Like the Metroid or Castlevania series that inspired it, power-ups are used to explore previously inaccessible areas giving the world a circular cohesion. This style of game design is often referred to as "metroidvania." The reason fans and critics have gravitated towards Guacamelee is not only for its excellent game design, but for its vibrant lineless art and difficult, but rewarding, melee gameplay.

You can pick up Guacamelee Super Turbo Championship Edition, which includes all previously released DLC, for $15. After you finish Guacamelee, we also suggest you pick up DrinkBox's fourth game, Severed, released earlier this year on Switch for $15. Guacamelee 2 is slated to come out on Switch this December and is already out on PlayStation 4 and PC.

In this article: eshop, gadgetry, gadgets, gaming, guacamelee, guacamelee2, nintendo, switch
All products recommended by Engadget are selected by our editorial team, independent of our parent company. Some of our stories include affiliate links. If you buy something through one of these links, we may earn an affiliate commission.