2018: The year Amazon became even harder to avoid

It's pushing into your homes, your cars and even your communities.

It's been ages since Amazon was just a place to buy books. But even now, it's still easy to think of the company as a big online store. Resist that urge. Amazon's size and scale mean it's almost preternaturally good at selling and delivering things, but the company's real job is to find ways to make itself indispensable. If you let it, Amazon will sell you groceries and entertain you. It will make clothes and appliances to fill your home with. It will give you a full-time, part-time or super-part-time job, depending on your circumstances. At this point, it seems perfectly feasible to live a life enveloped completely by Amazon. And while the idea of a single company having this many hooks into our lives can be (and for some, absolutely is) alarming, Amazon still found ways to broaden its reach in 2018.

For one, the company laid the groundwork to expand further outside of its native Seattle. After years of development, this year saw the launch of Amazon Go, a grocery/convenience store hybrid that allows customers to waltz in off the street, grab goods off shelves and walk right back out without missing a beat (or talking to another person, for that matter).

Anti-social Seattleites have been able to walk into the Amazon Go store for hassle-free groceries since January, and the company has been pushing the concept with surprising enthusiasm ever since. Two more cashier-free stores went live in Seattle, and another two celebrated their grand openings in San Francisco once Fall arrived. And before you assume that Amazon only plans to bring these outposts to major tech hubs, Chicago — that crown jewel of the Midwest — now has three Amazon Go stores that launched within mere months of each other. 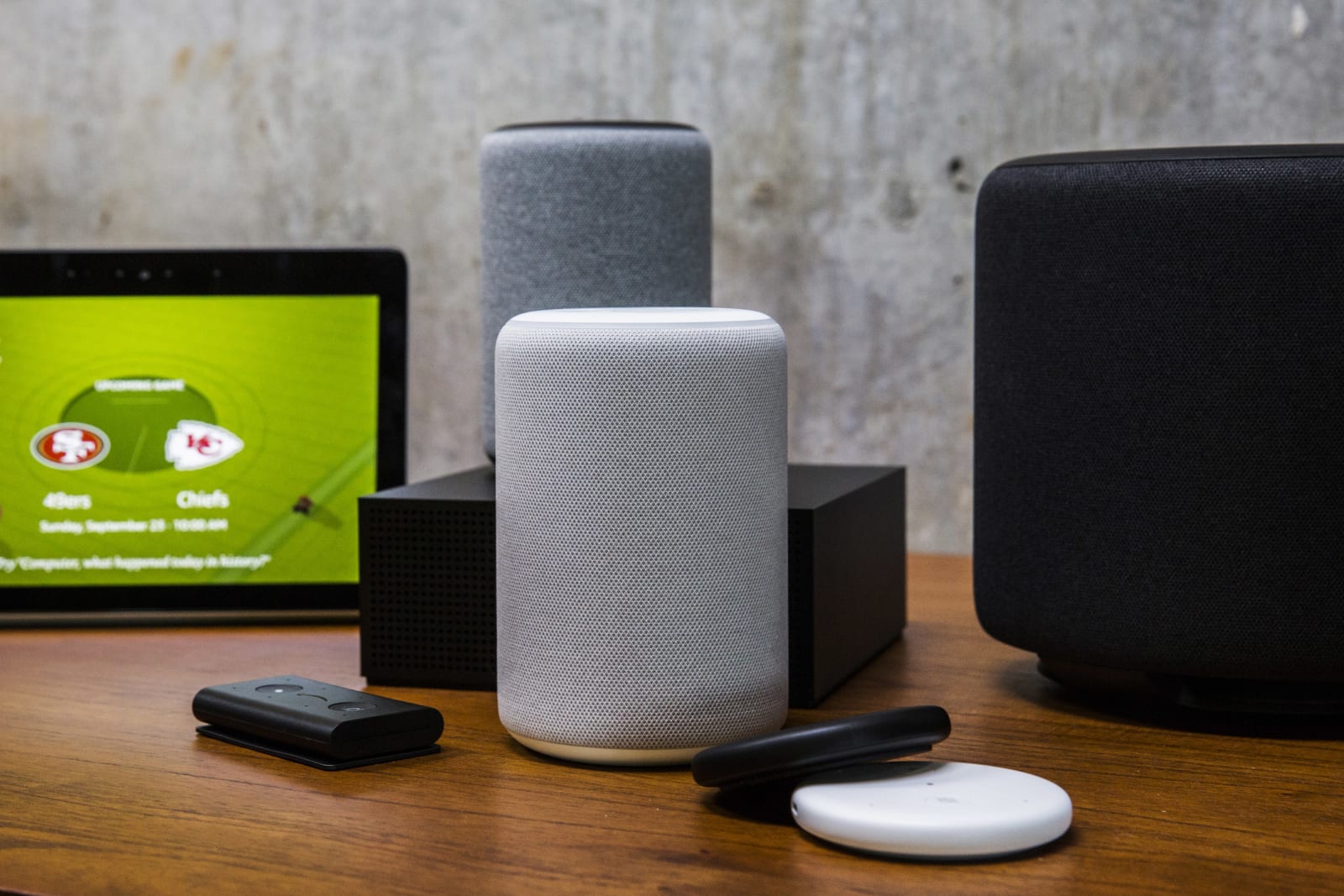 All told, we're looking at eight Amazon Go store launches in a single year — make that nine if you count the extra Seattle location that isn't open to the public. For a company that makes the vast majority of its fortunes from people clicking around in web browsers, that real-world progress can seem almost astonishing. And remember, Amazon isn't done just yet: A Bloomberg report from September claimed Amazon is thinking about opening up to 3,000 of these grab-and-go stores by 2021.

That's right, three thousand. To put that in perspective, Amazon's 2017 acquisition of Whole Foods put Bezos in charge of a relatively paltry 479 stores. The company has never officially commented on the report, but look at it this way: as I write this, there are just under 8,000 7-Elevens in the United States. It's not hard to imagine convenience stores as a whole getting totally screwed. If Amazon really wanted to, it could rewrite the way this country does its shopping. Again.

And then there's Alexa, Amazon's virtual assistant/shopping concierge/in-home DJ. When the original Echo debuted in 2015, reviewers seemed simultaneously wary of and charmed by Amazon's chatty interface. Since then, we've seen plenty of Alexa-powered gadgets hit store shelves, but this year Amazon went a little crazy and churned out a bunch of new physical Alexa avatars all at once. You know, because two or three simply wouldn't have been enough.

Some updates we saw coming, like the refreshed Echo Plus and the updated Echo Dot: a rounder, friendlier-looking sequel to what Amazon claims is the "best selling speaker ever." Other devices, like the Echo Input, were purely pragmatic responses to rivals like Google's Chromecast Audio.

Other products, though, spoke to the widening scope of Amazon's home invasion. The Echo Sub was a peculiar attempt to give Amazon-focused speaker systems a little more bass, because listening to a new album through a cutesy cylinder was never all that great. The Echo Link promised to bring Alexa — along with high-quality audio — to existing amplifiers, while Amazon elaborated on how its full-blown, 60W, two-channel Echo Link Amplifier will slot into sound systems next year. And then came the truly oddball stuff. Does anyone really need a wall clock that displays timers Alexa has set? Or for that matter, a cheap, otherwise rudimentary microwave that re-orders popcorn on command?

In a word: No. Still, these unabashedly goofy products have helped reveal Amazon's real desires. Alexa isn't just an assistant that lives on a kitchen counter any more; it's meant to be woven deeply into the fabric of your home life. While Alexa does just fine confined to one device, it becomes more valuable as it worms its way into others.

Alexa is customer service and marketing, commerce and convenience, all tangled up in a nice voice.

Alexa's march doesn't just stop at home, either. Also announced at that fall hardware event was an Alexa dongle that connects to your car stereo so the assistant's soothing voice can offer turn-by-turn directions. It's a neat little aftermarket solution for making cars a little smarter, but let's not forget that automakers like Ford, Volkswagen, Toyota, Audi and more have already pledged to work Alexa into their cars' infotainment systems. And while Alexa doesn't enjoy the same sort of seamless integration that Google Assistant has on Android phones, Amazon's Mobile Accessory kit (announced this year) makes it easier for product developers to squeeze Alexa into their wearables and Bluetooth headsets.

Hell, we're even starting to see Alexa integrate deep with hotels: in June, Amazon announced a partnership with Marriott that would allow for hotel-specific Alexa commands so visitors could ask it for spa appointments or directions to the gym. Alexa is no stranger to hotels, sure, but these sorts of bespoke travel experiences are new for Amazon. More importantly, they serve two crucial purposes. First, they make it easier for customers accustomed to Alexa to actually get things done, and second, they give people unfamiliar with Alexa a taste of what the assistant is capable. It's customer service and marketing, commerce and convenience, all tangled up in a nice voice. 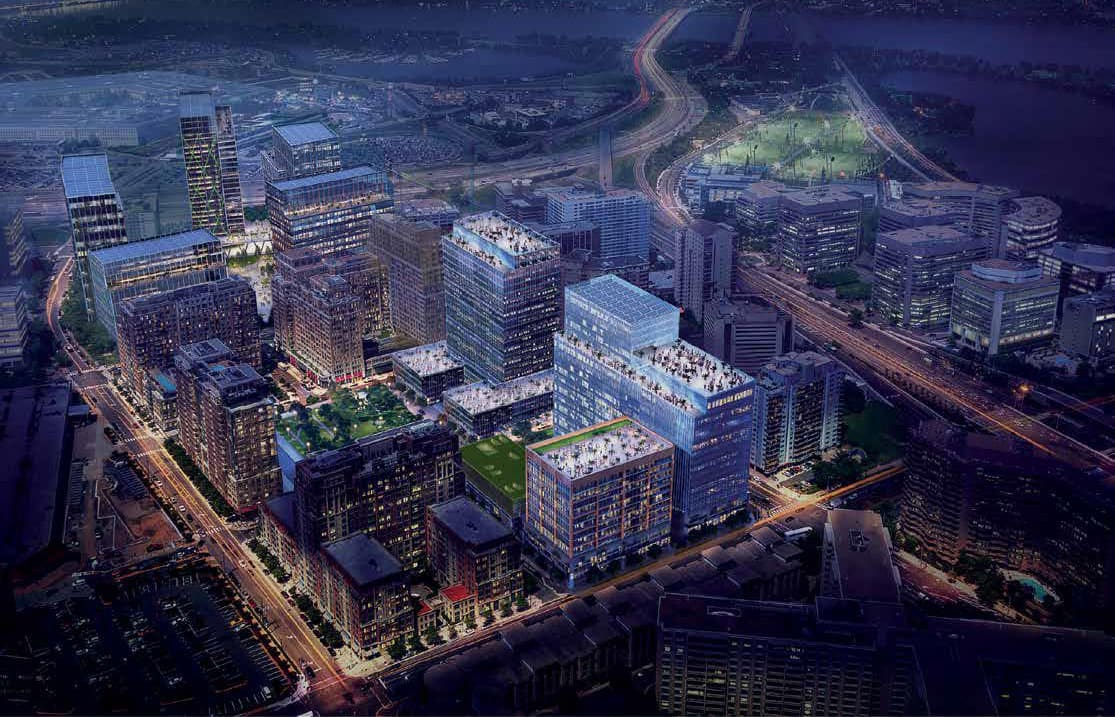 And let's not forget that Amazon the company is eyeing up major chunks of the east coast. Amazon officially began its search for a new headquarters in the fall of 2017, and it didn't take long for the modest proposal process to turn into an embarrassing national reality show. (Compare that to Apple and Google, which, without much fuss, recently pledged to spend roughly $1 billion on new campuses in Texas and New York, respectively.) Some cities submitted their proposals by the deadline and left it at that. Others, though, started falling all over themselves trying to look clever and canny for Grandmaster Bezos.

Remember Sly James? The nearly 70-year-old mayor of Kansas City went viral last year for reviewing 1,000 products for charity... and for a better shot at landing Amazon's next big campus. Birmingham, Alabama erected massive Amazon boxes (perfectly for selfies, naturally) and put up larger-than-life Dash buttons that talked up the city through a series of prepared tweets. Jeff Cheney, mayor of Frisco, Texas arguably swooped in with the most tempting deal: in an interview with the New York Times, he confirmed that he would basically develop the city around Amazon's needs.

Ultimately, Amazon decided this year to split HQ2 between two fairly obvious choices: Long Island City, New York and Crystal City, Virginia. (An "operations center" is also slated to be built in Nashville, Tennessee.) And let's not forget that, along the way, Amazon scored some pretty sweet incentives with its choices of cities. In total, New York and Virginia offered well over $2 billion in credits and tax breaks in hopes of wooing the commerce giant. Other states offered quite a bit more -- New Jersey's $7 billion package springs to mind, as does Maryland's $8.5 billion bid -- but Amazon's choices give the company proximity to both the country's cultural capital and its seat of government... where the company has spent north of $10 million lobbying this year.

It'll be a while yet before Amazon breaks ground in either state, but some living near the sites of future Amazon campuses are concerned about the move's impact. Long-time residents of Long Island City told Engadget earlier this year they were afraid that Amazon's arrival would change the neighborhood's culture and character, and that local and state legislators were prioritizing the needs of a tremendously rich company over the lives of true New Yorkers. Folks in Crystal City (sorry, National Landing) seemed a little more positive about the move, though some are concerned about the effect the move would have on Washington DC's lousy traffic conditions. Like it or not, though, Amazon is moving east and the process could have profound effects on the cities it plans to set up shop in.

This year also saw Amazon make significant financial leaps, which are only really important because they underscore just how many people actually rely on it. In Q1 alone (which ended in March, for the record), Amazon posted some ridiculous numbers: its revenue jumped nearly 50 percent since the last year to around $50 billion, and its quarterly profits topped out at $1.6 billion. Wall Street types were a little less enthusiastic three months later when Amazon fell slightly short of revenue expectations, but quarterly profits soared even higher to $2.5 billion.

To be clear, while those are well short of, say, Apple numbers, Amazon is making more money now than ever before. And Amazon Web Services, which fuels a significant chunk of the internet as you know it, is also getting more popular. Since its first earnings release this year, Amazon's net AWS sales have surged by nearly a billion dollars, and in Q3, the company hit $2 billion in pure profit off of its web services business for the first time. Whether you're aware of it or not, your life online is probably intertwined with Amazon's, and that's not going to change any time soon.

Your hotels. Your cars. Your gadgets, your homes, your communities. Amazon has pushed even deeper into all of those facets of your life this year, and along the way, it became bigger and more influential than ever. For a company that's actively trying to make life more convenient, it's not hard to look at 2018 as a success, and we'd be surprised if 2019 didn't go in much the same direction.