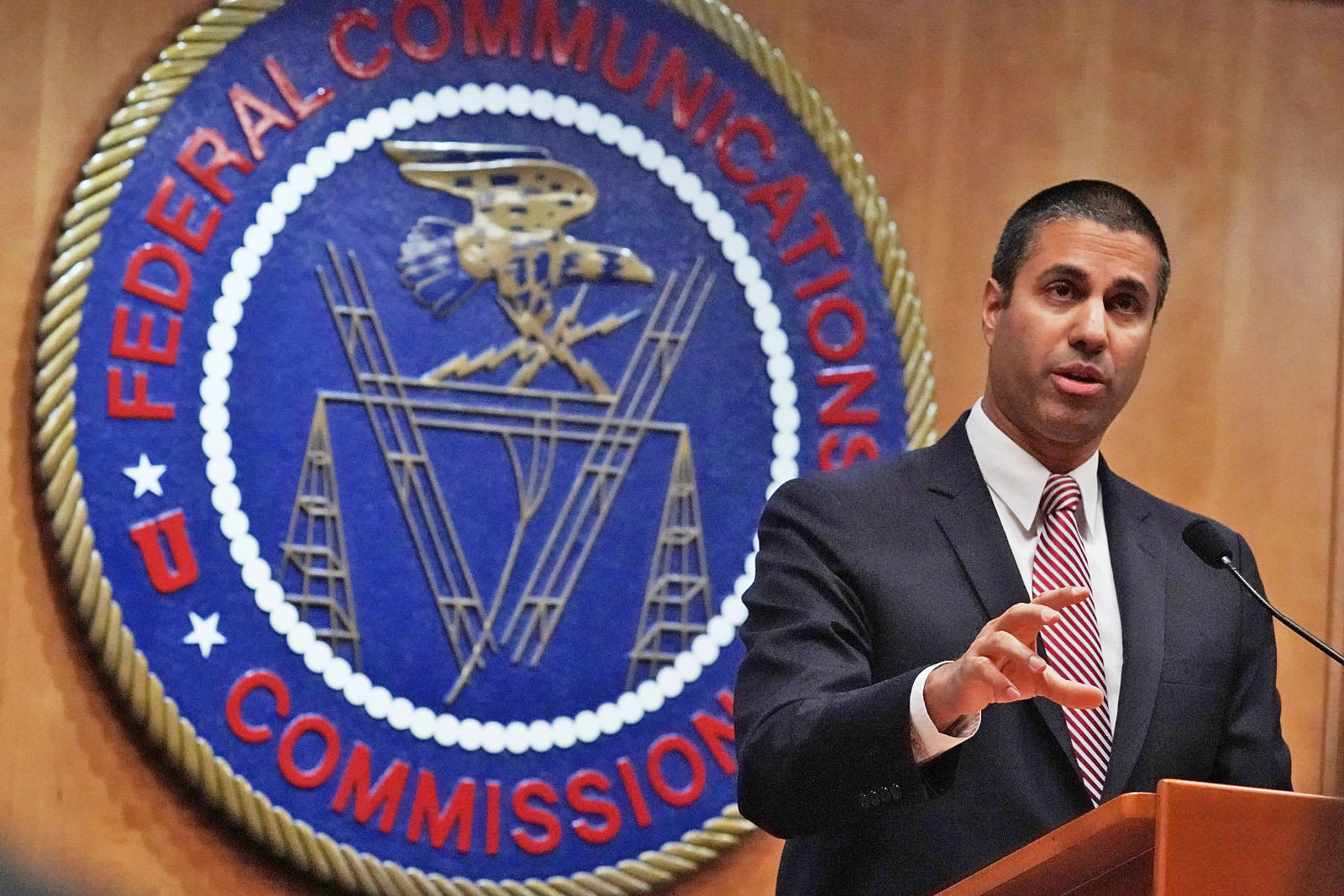 The FCC announced a proposal today that aims to more fully shut out companies "that pose a national security threat to United States communications networks or the communications supply chain." If approved, an upcoming Notice of Proposed Rulemaking will seek to disallow the use of the FCC's Universal Service Fund -- which subsidizes those that bring broadband internet to rural regions of the US -- for purchasing equipment and services from certain companies based abroad. "The money in the Universal Service Fund comes from fees paid by the American people, and I believe that the FCC has the responsibility to ensure that this money is not spent on equipment or services that pose a threat to national security," FCC Chairman Ajit Pai said in a statement today.

According to Wall Street Journal sources, the proposal is meant to limit the amount of equipment and services purchased from Chinese companies Huawei and ZTE. Huawei in particular has been a focus of the US government. Earlier this year, Congress proposed a bill that would prohibit any government agency from engaging with Huawei and ZTE. And while in January, AT&T did an about face and decided it wouldn't sell Huawei smartphones, reports later surfaced that Congress had pressured AT&T into dropping its rumored plans to carry Huawei products. Since then, Verizon also decided to cancel plans to sell Huawei-manufactured devices while Best Buy announced it would stop ordering them and phase them out.

In February, CNBC reported that six top intelligence chiefs, including those that head the FBI, CIA and NSA, warned US citizens against purchasing Huawei products with FBI Director Christopher Wray telling the Senate Intelligence Committee, "We're deeply concerned about the risks of allowing any company or entity that is beholden to foreign governments ... to gain positions of power inside our telecommunications networks."

The pushback from the US government stems from a belief that Huawei and other China-based firms might be influenced by or could work alongside the Chinese government, exposing the US to state-sponsored cyberattacks or data breaches. Huawei, however, has maintained that it's independent of the country's government and doesn't pose a cybersecurity risk to the US or any other country.

"Threats to national security posed by certain communications equipment providers are a matter of bipartisan concern. Hidden 'back doors' to our networks in routers, switches -- and virtually any other type of telecommunications equipment -- can provide an avenue for hostile governments to inject viruses, launch denial-of-service attacks, steal data, and more," Pai said in his statement today, which didn't go so far as to name either Huawei or ZTE. "Although the FCC alone can't safeguard the integrity of our communications supply chain, we must and will play our part in a government- and industry-wide effort to protect the security of our networks."

If accepted, the proposed rule would largely affect small, rural-based wireless and broadband providers in the US. The proposal will go up for a vote during the FCC's April 17th meeting.

Source: FCC
Coverage: Wall Street Journal
In this article: ajitpai, broadband, FCC, gadgetry, gadgets, gear, huawei, politics, RuralBroadband, security, UniversalServiceFund, zte
All products recommended by Engadget are selected by our editorial team, independent of our parent company. Some of our stories include affiliate links. If you buy something through one of these links, we may earn an affiliate commission.