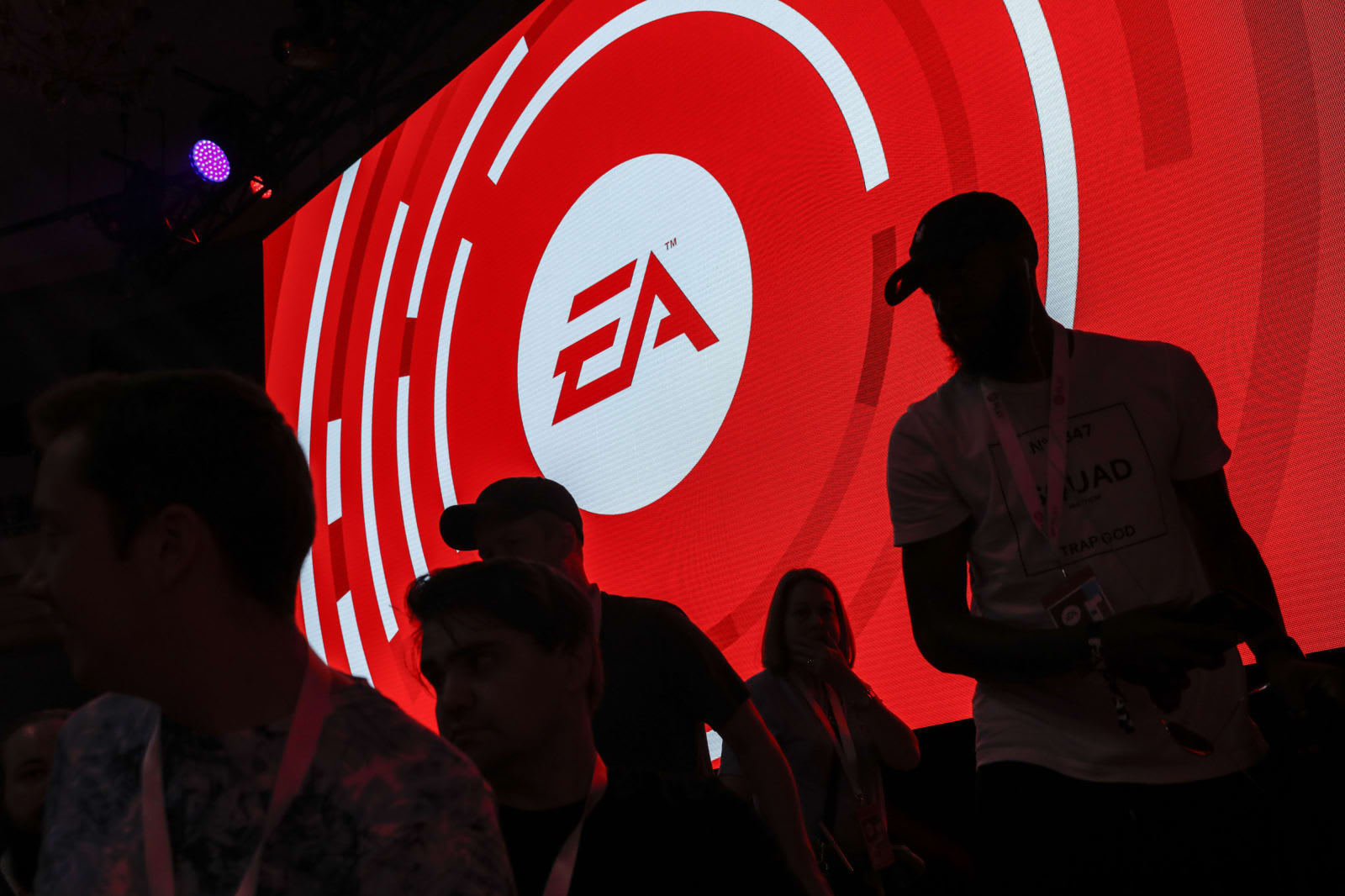 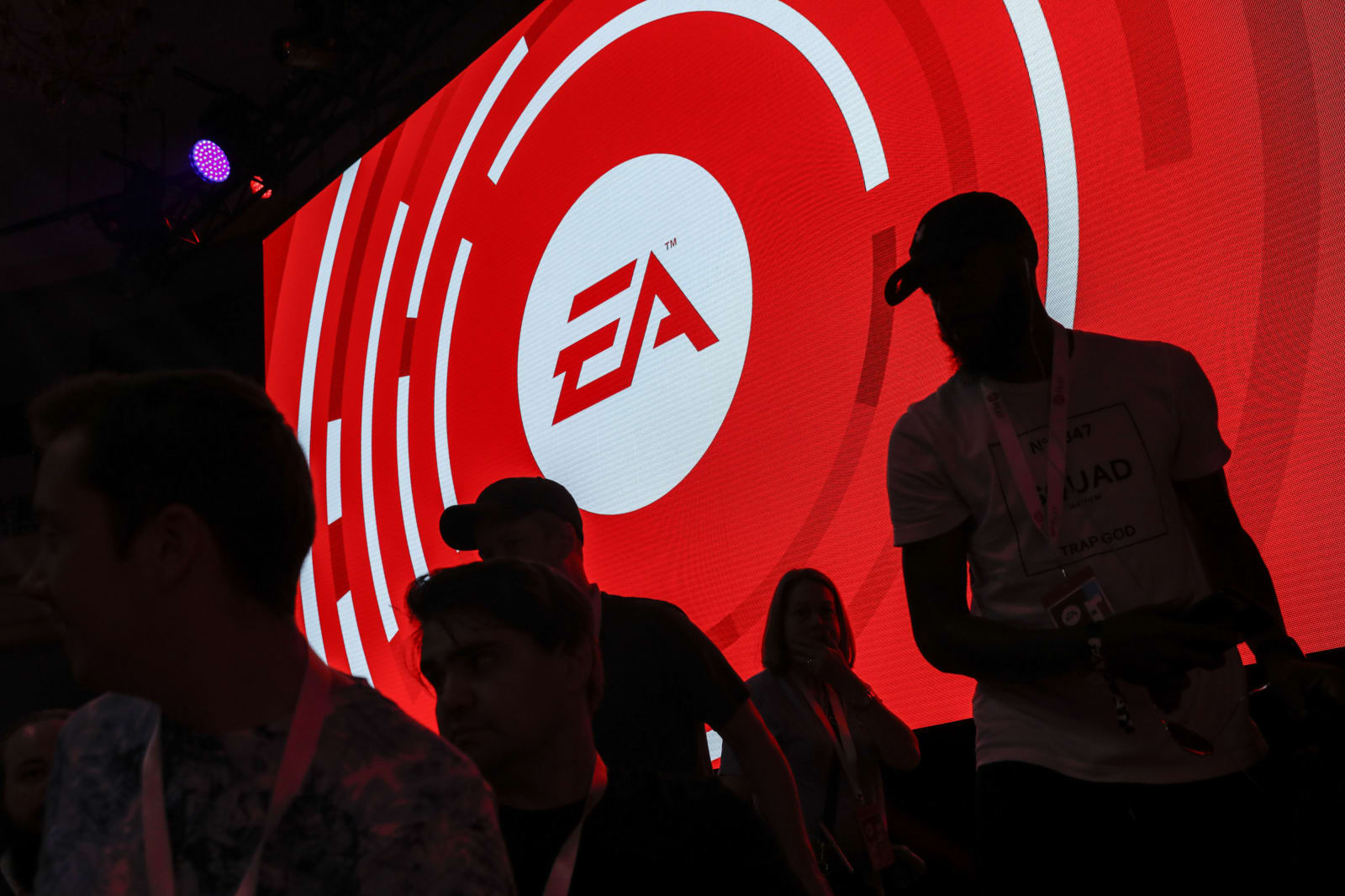 Electronic Arts is in a familiar position: Apology mode. The company spent a lot of time on Saturday self-flagellating in front of a global audience, recapping the mistakes it's made in the past year while promising that it won't make them again. EA wants you to know that it has changed; that it isn't the same company that put pay-to-win progression systems and loot boxes in two of its biggest games last fall. "We are always trying to learn and listen, and are striving to be better," CEO Andrew Wilson said before closing out the keynote address.

He continued that, for people that purchase his company's games, he wants them to feel like they're being treated fairly. "No one is given an unfair advantage — or disadvantage — for how they choose to play. That for every moment you invest, you feel like you're rewarded, and you're given value for that investment."

EA has been on the ropes before, countless times, for angering its fans. In 2011, it was the ending to Mass Effect 3. Two years later, the company took the long-running and beloved SimCity franchise, and made that year's version into a game that required an internet connection to play. Servers were slammed and people couldn't play the game's single-player mode as a result. It took months to sort the problem out, and then EA shuttered the studio two years later.

The firm has been named "Worst Company In America" by fans polled by The Consumerist, multiple times, beating out predatory mortgage lenders and healthcare companies. And each time it's happened, EA has responded by digging its heels in and stubbornly saying it's done nothing wrong on investors calls and to the press, before admitting the exact opposite months later in a public forum like its annual E3 keynote or during big game reveals.

A few weeks ago the cycle started anew. The Daily Show's Trevor Noah hosted the Battlefield V debut event, and asked the developers present how progression would work during the streamed question and answer session. The team gleefully told Noah that there wouldn't be any loot boxes or premium passes for additional maps and modes. They repeated that yesterday onstage before announcing that after being inundated with requests by fans, Battlefield V will include a battle royale mode. The audience applauded. 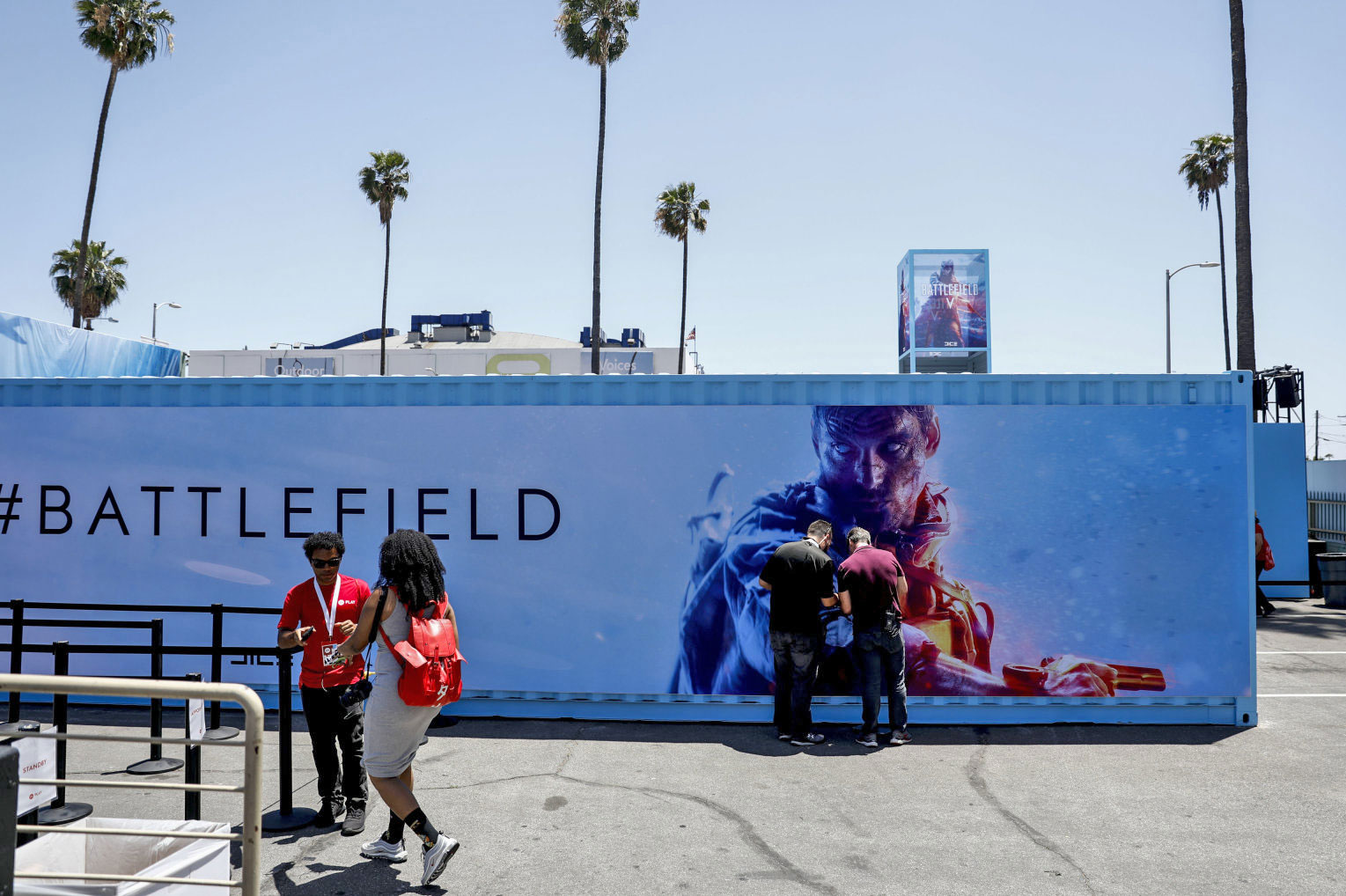 When Battlefront II design director Dennis Bränvall came out later, he recapped the controversy before offering a mea culpa and detailing a fan-centric roadmap for additional expansions to the game's multiplayer suite. "We launched our game last November, and clearly we didn't get it right," Bränvall said. "Instead of coming out of the gate sprinting, like we really wanted to, we had to take a step back and make sure that we were delivering the game that our players really wanted."

Specifically, DICE changed the progression system so that it wouldn't take the estimated 40 hours to unlock Darth Vader as a hero character in the game, and (eventually) that the in-game loot boxes would only contain cosmetic items, not items that affected gameplay. He never paused for applause, and it took a full two minutes before the audience responded to anything he was saying, only breaking silence when Bränvall announced a forthcoming add-on pack from The Clone Wars, the popular Star Wars TV show.

"The team at home is excited to be building all these cool things," Bränvall said, smiling. "EA and DICE are committed to Battlefront. We had a rough start, but I really think this game has a bright future." He thanked everyone for playing the game and providing feedback, which is a nice way of saying: "Thanks for yelling at us on the internet."

Bränvall closed with saying, "Together, we will make this the greatest game that we can possibly build. There would be no Battlefront without you. So, thank you. May the Force be with you."

It was an earnest, humble response to adversity. That's how you talk to players, by appealing to their emotions. You remind them you're just like they are, except instead of simply playing the games, you're making them too. EA has a history of this, using its keynote last year to tell fans that their tweets and forum posts were the reason Battlefront II would have a proper single-player story (below).

As early as last month on EA's quarterly earnings call, the mood was a little different. A representative from Goldman-Sachs asked Wilson about reports in the press about the handful of countries that had come out and said loot boxes were an illegal form of gambling. The investor-relations rep wanted to know how talks with regulators were going, and how the perennial FIFA and its Ultimate Team mode would fare in such circumstances. He was aware EA had worked to shut down third-party services where players could, in so many words, cash out their chips and make a profit off of the digital trading cards.

"Maybe can you update us on where talks stand with regulators on this topic and how we should think about any changes to the Ultimate Team mechanic in the affected countries?" he asked Wilson. In early 2017, EA announced that Ultimate Team brought in over $800 million in revenue the year prior, a figure that's shown steady growth. It's easy to understand why an investor would ask such a question.

Wilson's response was very different to how he'd talk to press and fans just over a month later at E3. He thanked the investor for his question, saying that EA was working with "all the industry associations globally" and talking with regulators in territories where loot boxes had been deemed gambling, without naming any specific regions.

He said that his company and the regulatory bodies concluded that Ultimate Team wasn't gambling. Since players know they'll get a certain amount of cards in each pack, and that the distribution of each pack is the same (i.e. one rare footballer, three uncommon, two common in each) it doesn't break any laws. "We don't believe that FIFA Ultimate Team..." Wilson started, before catching himself mid-sentence. "All loot boxes are gambling," he concluded in the same breath. Wilson said that there was no way for EA to assign an in-game currency value to Ultimate Team cards.

"While we forbid the transfer of items of the in-the-game currency outside, we also actively seek to eliminate that where it's going on in an illegal environment," Wilson said. "So, net-net, we're going to continue to push forward. We're always thinking about our players. We're always thinking about how to deliver these types of experiences in a transparent, fun, fair and balanced way for our players. And we'll communicate with regulators around the world on it."

The exchange was over just as quickly as it had began. It wasn't the hour-or-longer script from Saturday where EA collectively told players and media at E3 that they're the reason for the company's continued existence and that their investment — measured in money and play-time — is appreciated. It's a matter of messaging. Tell people what they want to hear and make them feel important, amplify good news by making yourself look worse immediately before announcing it.

Microsoft has been doing it, albeit somewhat unsuccessfully, since 2013's bungled Xbox One debut where the company spent more time talking about cable-box-like features and a required internet connection for the new console than it did actual games. Ever since, the company has gone out of its way to repeatedly remind players that they're central to Xbox, and that everything the Xbox team does it to make them happy.

This is how, in time, you get people to accept in-game micro-transactions. If you need proof, just look at horse armor. We've gone from being outraged that developer Bethesda sold a $2.50 gilded in-game cosmetic item on The Elder Scrolls IV: Oblivion's day-of release to being concerned for a studio's future when a post-launch content strategy isn't announced months in advance. All in the span of 12 years.

The game industry knows there's a difference between gambling and purchases.

The game industry knows there's a difference between gambling and purchases. The early days of the PlayStation 3 and Xbox 360 were rife with horse-armor-like purchases, and eventually that settled down to games selling cosmetic items, story add-ons and quick-unlock shortcut packs. In so many words, we've seen this before. So long as it's a purchase that doesn't affect multiplayer balance in any way, players don't seem to mind anymore. In fact, they'll ask for cosmetic items to purchase.

The press and fans still hold sway with EA, so much so that its stock value took a massive hit last November after headlines and outcry over Battlefront II's monetization strategy came to light. From that point of view, it makes sense for EA to beat itself up in public, and save the positivity for investors.

In this article: battlefieldv, battlefront2, business, e3, e32018, ea, electronicarts, fifaultimateteam, gaming, lootboxes, opinion
All products recommended by Engadget are selected by our editorial team, independent of our parent company. Some of our stories include affiliate links. If you buy something through one of these links, we may earn an affiliate commission.