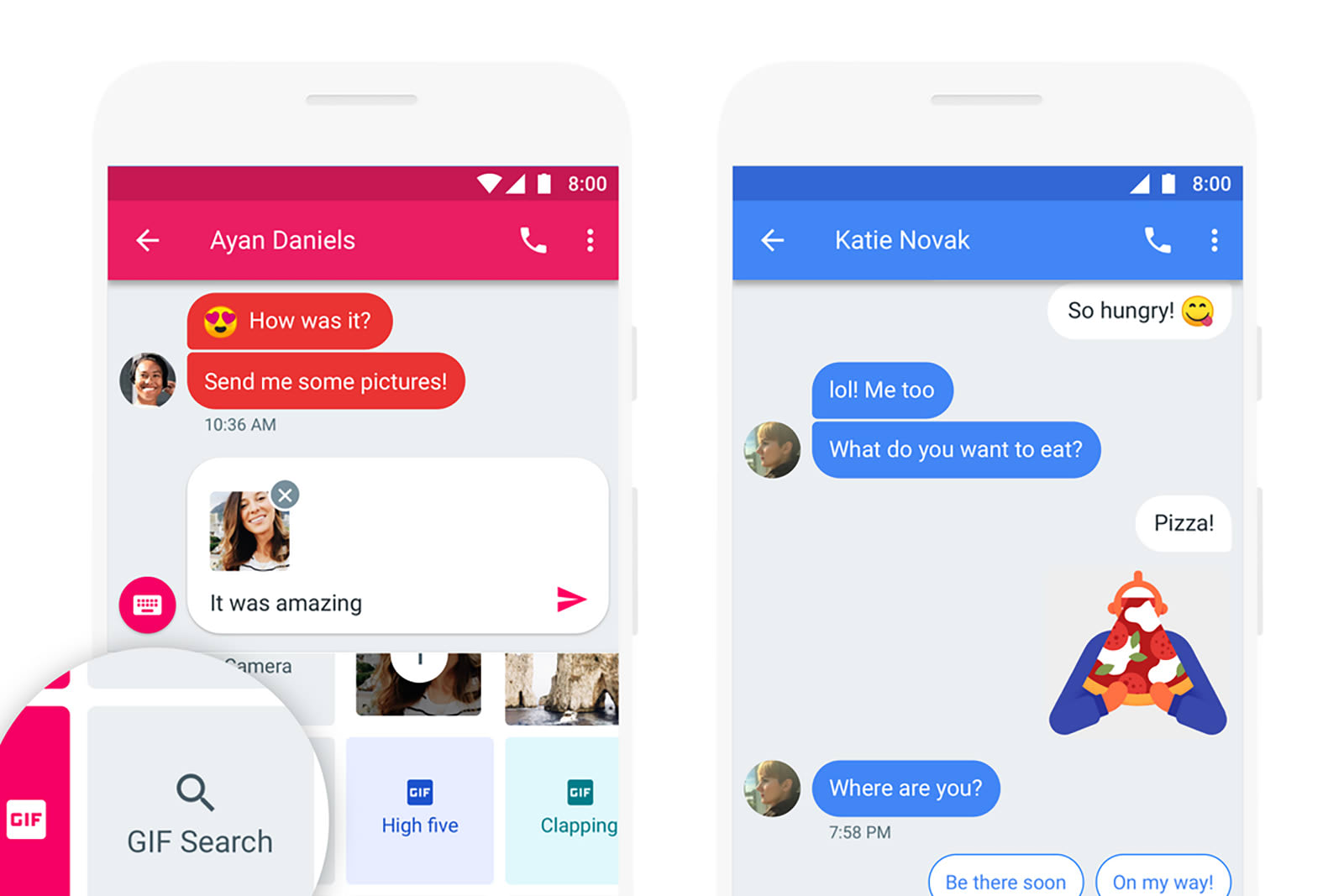 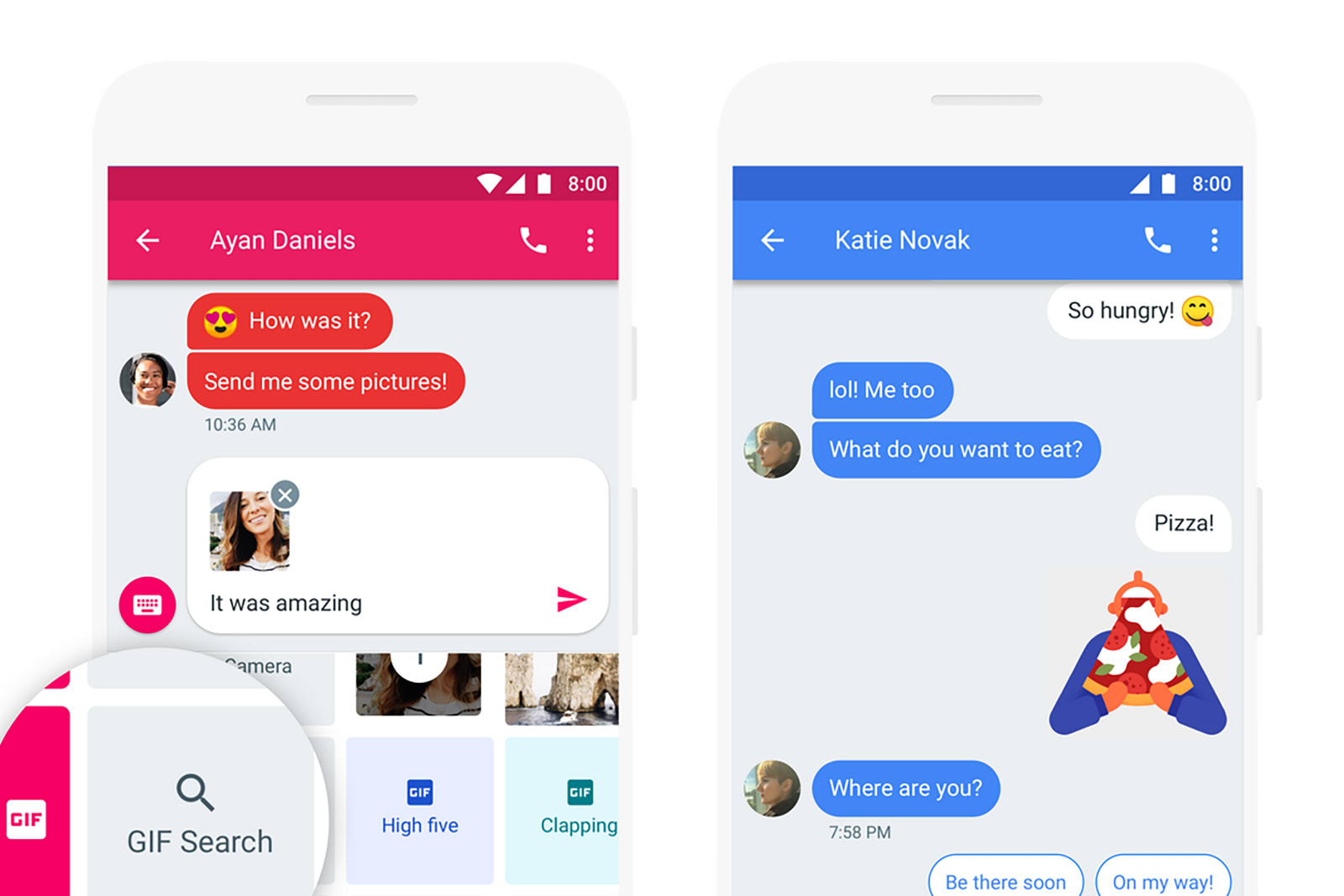 The rumors were true. Google is killing Allo, its smart messaging app, for good. The platform will "continue to work through March 2019," the company said in a blog post, and users can export their conversation history until then. The so-called "classic" version of Google Hangouts, meanwhile, is slowly being sunset too. In a convoluted Twitter exchange, Scott Johnston, the head of Hangouts and Google Voice, explained to Stephen Hall, a 9to5Google reporter, that Hangouts users will eventually be upgraded to Hangouts Chat and Hangouts Meet, a Slack-like competitor and video chat service aimed at businesses and other GSuite customers.

In 2016, however, the company managed to simplify its offerings with two services, Allo and Duo, designed for messaging and video calls respectively. Duo has been a quiet success and is now available on a wide range of platforms, including iPads, Android tablets, Chromebooks and smart displays. Allo, meanwhile, has struggled to coax users away from established messaging apps such as iMessage and Facebook Messenger.

The problem, I think, is threefold.

For one, people are entrenched in their favorite messaging apps. In the UK, for instance, Whatsapp reigns supreme. Birthdays, weddings, hungover Sunday league football matches -- my friends use it for absolutely everything. Persuading even a few of them to switch, or download a different app to chat with me, would be a Herculean task. Secondly, Allo doesn't have a truly unique and groundbreaking feature to tempt people with. It has the sometimes-helpful Google Assistant, and some cartoon selfie stickers, but that's about it. For many, the inconvenience of switching (and persuading others to do the same) outweighs these minor benefits.

Another problem is visibility. I can't recall a single magazine or billboard ad that revolved around Allo. Had the company paid for a few TV spots, like Facebook, it might have fared a little better in the app charts. I can't think of a conference segment either (beyond the app's unveiling at Google I/O 2016) that focused on new features or reminded people to give it a whirl. No wonder Allo has barely made a dent in the public consciousness.

So what is Google doing now?

The company is focusing on Android Messages, an app that uses a communications protocol called RCS (Rich Communication Services). Ideally, people can use the app to send text, GIFs and link previews to each other, just like Allo and other smart messaging apps. RCS requires OEM and carrier support to work, however. If anyone is missing a piece of this elaborate technological puzzle, the app defaults to bog-standard SMS.

"We've been working closely with the mobile industry to upgrade SMS so that people around the world can more easily enjoy group chats, share high-res photos, and get read receipts on any Android device," Matt Klainer, Google's VP of consumer communications products said.

Messages is preloaded on many Android phones, which gives Google a massive install base to build on.

The problem is that RCS support is still patchy. Google has won over a bunch of phone manufacturers, including Samsung, Huawei and LG, and some heavyweight carriers including AT&T, Sprint and Verizon. But it's not enough. I currently use a OnePlus phone, for instance, and a Three SIM card in the UK -- neither of which support RCS. At the time of writing, Vodafone is the only UK network that supports the protocol. To buy into Google's new vision, then, I would need to switch carrier and persuade almost everyone I know to do the same. Sorry, but that's not happening.

The slow uptake isn't entirely Google's fault. But with Allo on the verge of extinction, the company is giving me two, frankly rubbish options: SMS, or an aging Hangouts app that will eventually be subsumed into some clearly enterprise, education and government-focused products. Yeah, no thanks.

Google's new lineup will be simpler, but not necessarily better. There's a chance, of course, that every carrier and OEM will add RCS support before March 2019, making Messages a viable option. The uptake over the last seven months, however, doesn't fill me with confidence. If RCS remains a niche, I'll have to stick with Whatsapp to communicate with most people. Which is a shame, because I liked Allo and believe a semi-popular, Google-run messaging app could be good for the wider industry. It would give Apple and Facebook some much-needed competition in the West, at least.

For the longest time, I've said 'One day Google will figure this out.' The company has near-infinite resources, after all, and the biggest mobile operating system on the planet. Eventually it will build something that clicks with people, right? These days, however, I'm not sure it ever will.

Source: Google (Blog Post)
In this article: allo, gear, google, hangouts, messages, mobile, RCS, texting
All products recommended by Engadget are selected by our editorial team, independent of our parent company. Some of our stories include affiliate links. If you buy something through one of these links, we may earn an affiliate commission.