Xfinity is using AI to keep your home network secure

But you'll have to pay $6 a month for these new security features.

Unless you spent 2018 under a rock, you'll know that security and privacy were two of the biggest challenges facing the technology industry. That affects companies like Google and Facebook, of course, but Comcast has also been paying attention to what it can do to keep its internet customers safer online. To that end, the company is announcing Xfinity xFi Advanced Security, an AI-powered service that monitors a customer's network for threats both incoming and outgoing.

For starters, that means Xfinity monitors data traffic into your home network and can automatically block things it identifies as malicious. So that it doesn't block legitimate traffic, the xFi service can notify the person in charge of managing the network and tell them specifically what was identified and why it was blocked.

Similarly, Xfinity will also keep an eye on traffic coming from the various devices connected to your network and look for any unusual changes in behavior. So if a random smart home device you've set up starts misbehaving or is potentially compromised, the xFi app again will block the device from transmitting and send a notification. In both cases, Comcast noted that these notifications would be in plain, human-understandable language as much as possible. The concern is that getting too technical about what it is finding might turn customers off entirely, so they're trying to keep the descriptions of the issues high-level and as easy for customers to understand as possible. 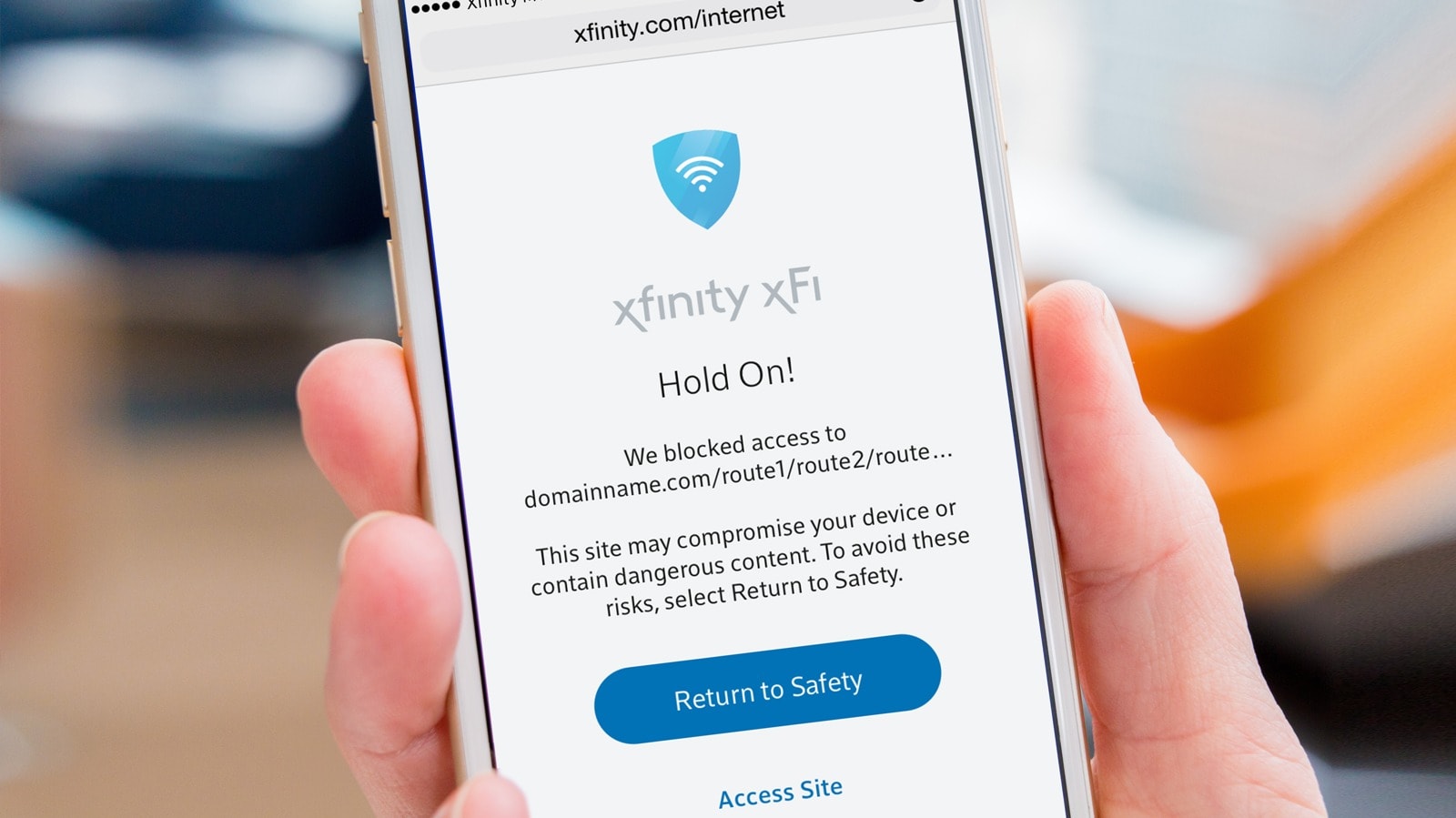 Xfinity is also monitoring web traffic for things like phishing scams and sites that have been compromised with malware. To some extent, it's similar to what you might see when Chrome gives you an alert that a site might not be secure or is displaying suspicious behavior. If you're using Xfinity's tools, it'll keep you from connecting to malicious links and stop your device from making a connection with a site that's trying to get information about your computer or otherwise access data it shouldn't.

There's a dashboard that lets customers review all these potential threats; it'll also offer suggestions and instructions on what users can do to further secure their networks when necessary. As for the machine learning side of this, Comcast says that because of the vast amount of internet traffic it sees, it's uniquely positioned to be able to identify threats and build up profiles on malicious behavior so it can get smarter about identifying and stopping such traffic before it becomes a problem for the user.

While Xfinity's xFi Advanced Security features are available to any customer with the company's xFi Gateway router, it does come with a $5.99 monthly fee. To some extent, that fee is like internet insurance — the company is hoping to mitigate problems that you might have, but hopefully it's the kind of feature you'll never even really know you are using. But given how many devices we're all attaching to our networks and the poor security in so much IoT hardware, some households could find it an investment worth making.