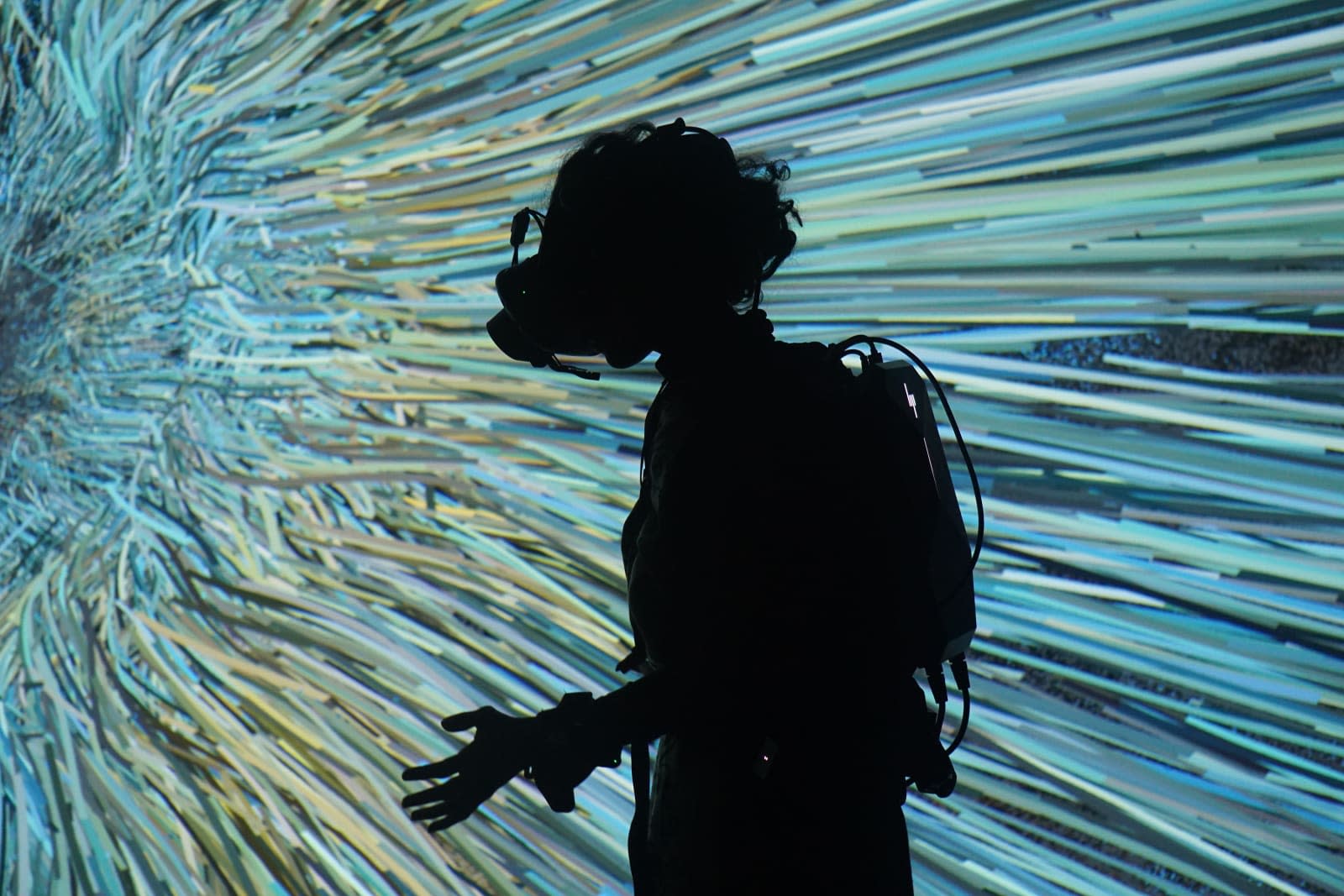 Imagine you're using a VR headset and as a car races past, you hear it whip from left to right. Only the sound literally moves from left to right because it's coming from a robotic speaker that zips across the room. From the looks of a new patent, audio company Harman is dreaming up speakers that would do just that.

This week, the US Patent Office awarded Harman a patent for a "mobile speaker system for virtual reality environments." (As you might remember, Harman is the company Samsung acquired for $8 billion in 2017.) According to the patent, the company would map VR soundscapes to robotic speakers, which would either drive or fly (thanks to quadcopters) to better represent the distance, direction and movement of sounds.

Today, most VR headsets rely on headphones to create 3D audio that only gives the illusion of a sound's location or movement. Harman wouldn't do away with headphones altogether. The patent notes that they might be useful for internal monologues, but that this new system might make conversations, for instance, more realistic. And the idea applies more to public, group VR experiences than it does to using your own headset at home, which is good considering consumers might not be ready for a room in their house full of moving speakers.

Of course, companies patent wild ideas all the time, and it doesn't mean we'll ever see this one come to fruition. But this does give us a sense of Harman's ingenuity. If it's going to take off, they'll have to make sure the speakers themselves are silent -- a fleet of drones moving around you as you follow a VR storyline sounds pretty distracting.

In this article: audio, av, gadgetry, gadgets, gear, harman, patent, robotic speakers, robots, samsung, speakers, tomorrow, virtual reality, vr
All products recommended by Engadget are selected by our editorial team, independent of our parent company. Some of our stories include affiliate links. If you buy something through one of these links, we may earn an affiliate commission.