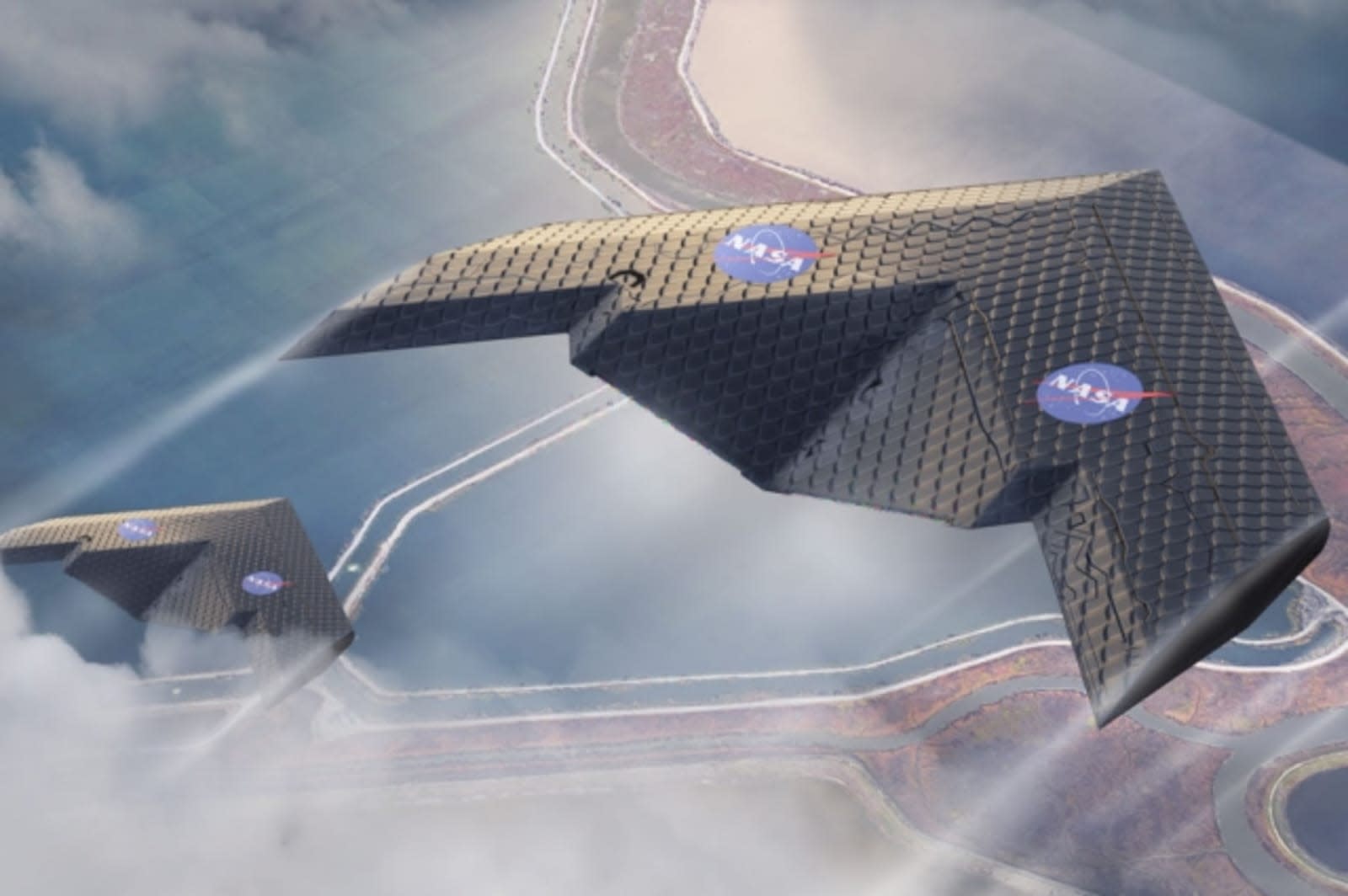 If you've had a window seat next to the wing of an airplane, you've probably watched as flaps on the wing engage and disengage as a plane takes off and lands. That's because in each phase of flight -- take off, landing, cruising and maneuvering -- the ideal wing parameters vary. Until now, we've made do by modifying rigid wings with hinged surfaces. But imagine if the entire wing could change shape -- that's what researchers led by NASA and MIT are working towards.

In a paper in the journal Smart Materials and Structures, the research team explains how it has radically redesigned the airplane wing. Their new structure is a lightweight lattice framework, made of thousands of repeating, tiny triangles of matchstick-like struts, covered in a thin polymer layer. Because this "metamaterial" is mostly comprised of empty space, it is extremely lightweight -- less than one-thousandth the density of rubber. And, the carefully positioned struts allow the wing to change shape automatically in response to changes in aerodynamic loading conditions. Both factors could make aircraft more energy efficient.

This isn't an entirely new concept. It was presented a few years ago, but now, the researchers have developed a way to manufacture the individual parts for the wing using injection molding. They've brought the time required to produce each part -- a hollow cube with tiny struts along each edge -- down from several minutes to just 17 seconds. While the meter-long model they created was hand assembled, the process was designed to be repetitive, so that in the future, small, autonomous robots will be able to assemble the wings.

The potential for a light-weight, shape-shifting wing raises questions about the ideal aircraft shape. With this technology, we might be able to break away from the "tube with wings" design and utilize a more efficient configuration -- possibly an integrated body and wing structure. If the idea of watching an airplane wing change shape as you cruise at 30,000 feet alarms you, don't worry yet. This is a long way from commercial airline-ready. In the meantime, it also has the potential to redesign other structures, like the wing-like blades of wind turbines.

In this article: aeronautics, airplane, design, energy efficient, engineering, lightweight, mit, nasa, research, robotics, smart materials and structures, tomorrow, transportation, wing
All products recommended by Engadget are selected by our editorial team, independent of our parent company. Some of our stories include affiliate links. If you buy something through one of these links, we may earn an affiliate commission.