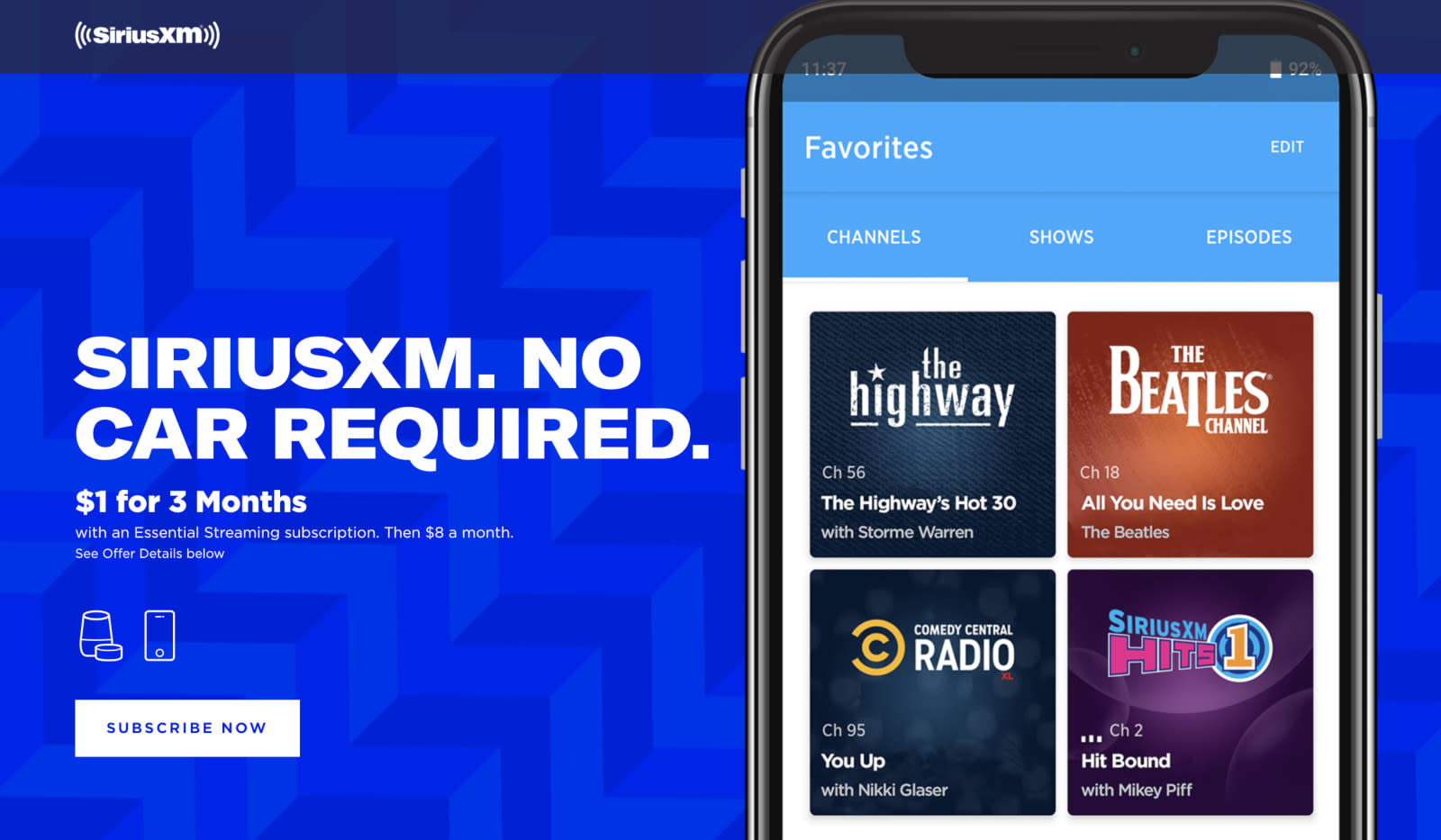 SiriusXM is hoping to carve a place for itself on your phones and smart speakers. The company mostly associated with in-vehicle entertainment has launched a purely online streaming service called SiriusXM Essential. It'll set you back $8 a month -- with a three-month testing period that costs $1 -- and doesn't need a compatible car satellite radio to work.

An Essential subscription also gives you access to over 200 channels, including all the network's musical programming, along with comedy, news and sports shows. However, the plan doesn't come with Howard Stern's, the NBA, NHL and NCAA channels. According to Variety, you'll have to wait for the $13 Premier Streaming plan to come out in mid-May if you want access to those, as well.

Matt Epstein, the company's VP of marketing, told the publication that SiriusXM introduced Essential to attract younger audiences. Particularly those who might not own cars, those who don't drive nearly often or long enough to justify a full subscription and those who haven't gotten the chance to try SiriusXM before. "They don't spend a long time driving to make it worthwhile," he said, adding that "a lot of people just don't know about [SiriusXM]."

In addition, the broadcasting company wants to lure more subscribers who want a cheaper option for in-home listening. Epstein said that the company has "seen a massive increase in in-home listening" over the past year, most likely after SiriusXM gave Echo owners three months of free access.

In this article: entertainment, internet, SiriusXM Essential
All products recommended by Engadget are selected by our editorial team, independent of our parent company. Some of our stories include affiliate links. If you buy something through one of these links, we may earn an affiliate commission.