You could see new Pixel phones, a Nest smart display and more. May has begun, and that means the latest iteration of Google's I/O developer conference is right around the bend. Usually, that translates to a deluge of new software, AI breakthroughs and web technology. And we're still expecting plenty of that at this year's show. This time around, however, there's a bit of a twist: Google confirmed during its latest financial results call that it will make hardware announcements at I/O, breaking a device drought from the past few years. But what does it plan to reveal, exactly? Here's a primer on what to expect so that you're prepared for whatever appears onstage on May 7th.

Pixel 3a and Pixel 3a XL 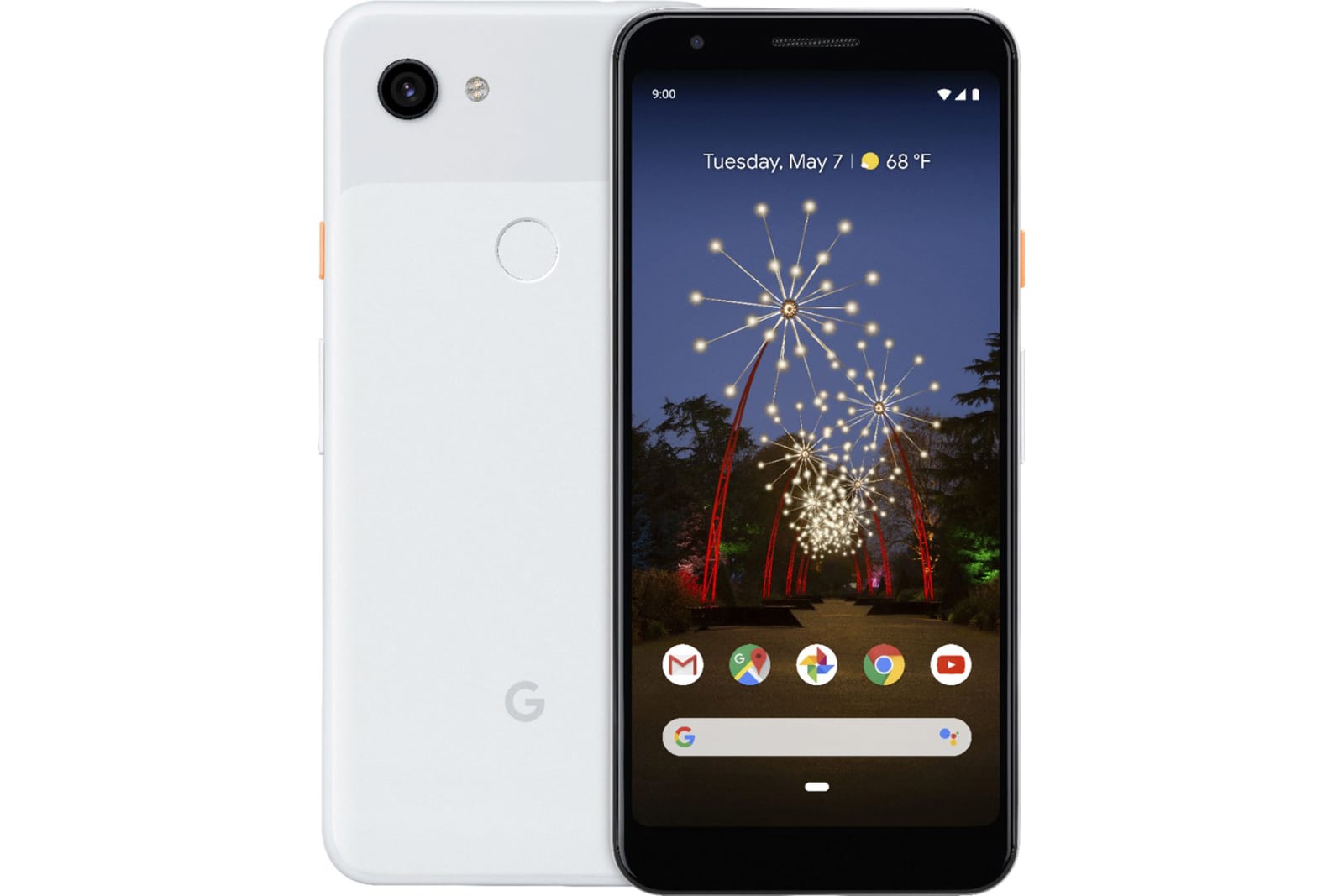 Google hasn't tried to hide that it's introducing new phones at the conference, namely the mid-sized Pixel 3a and the larger Pixel 3a XL. There's been a conspicuous teaser for "something big" coming to the Pixel universe on May 7th, and the handsets have even been mentioned by name on the Google store. It would be more of a surprise if they didn't get unveiled at I/O.

Thanks to a flurry of leaks, we have a good idea of what these new devices are capable of. Both Pixel 3a phones will have 12-megapixel cameras like their higher-end counterparts, complete with Google's custom Pixel Visual Core that helps deliver stunning shots. They'll even look similar to the higher-end models, with the same two-tone back and contrasting buttons.

The differences, according to the leaks, will revolve mostly around under-the-hood performance. The two Pixel 3a units will use midrange processors, most likely the Snapdragon 670 and (in the XL) the comparatively rare Snapdragon 710. And while the smaller 3a has a 5.6-inch screen with a 2,160 x 1,080 resolution like its high-end counterpart, you'd have to 'settle' for a slightly upgraded 6-inch, 2,220 x 1,080 panel on the 3a XL instead of the 6.3-inch, 2,960 x 1,440 screen from the flagship. You might, however, get a headphone jack -- an unusual change of heart when many thought Google had written off the 3.5mm port for good.

If there's any mystery left, it's the availability. It's not certain if the Pixel 3a line will ship right away, and the pricing remains a mystery. It's safe to say at least one of them will cost less than the $799 of the standard Pixel 3, but that might not guarantee a dramatically lower price. These will be the most accessible ways into Google's phone ecosystem. It's just a question of how accessible they'll be. 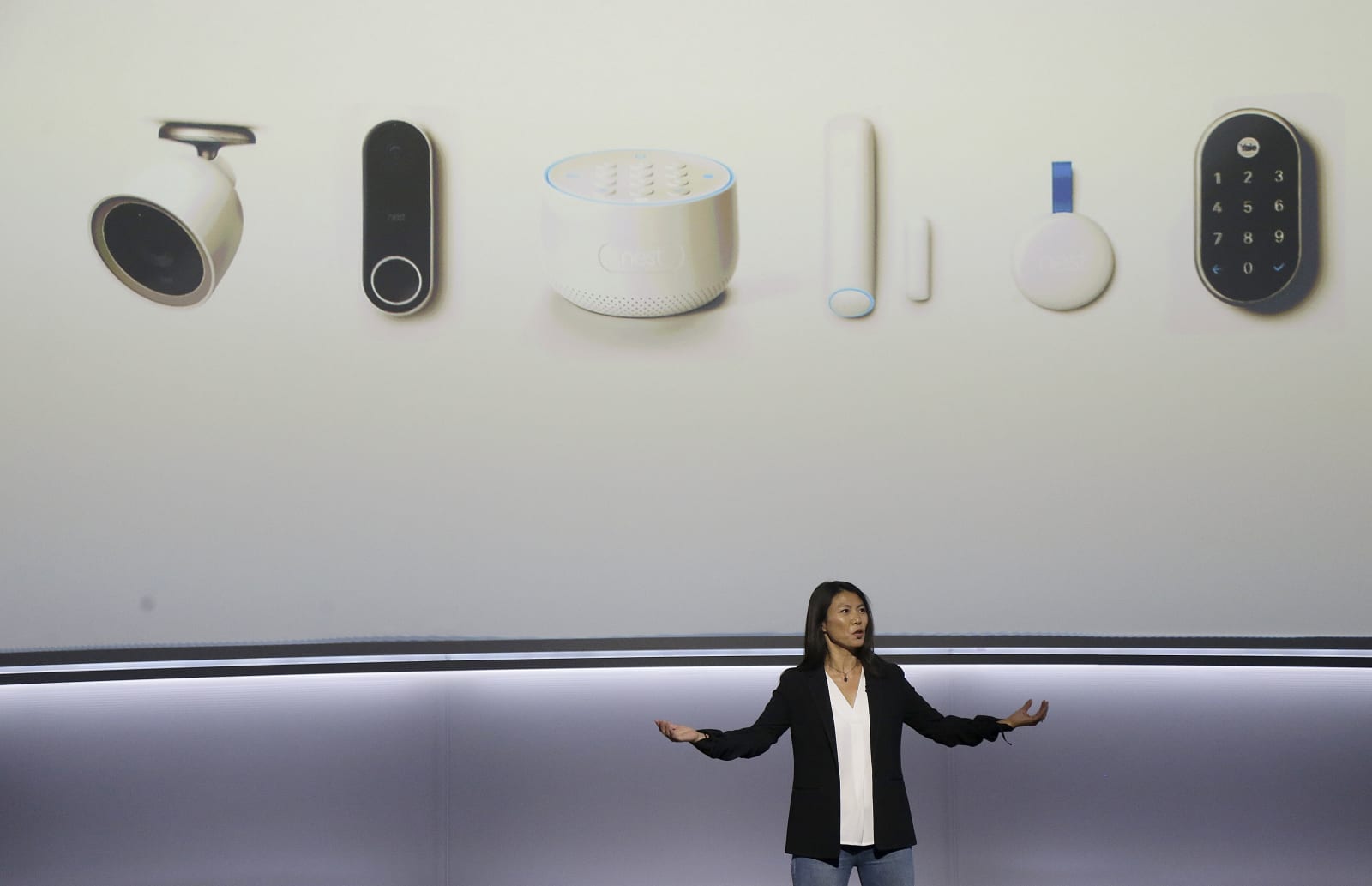 The other strong candidate appears to be Google's second-ever smart display, the already-teased Nest Hub Max. It will have a 10-inch display versus the Home Hub's 7-inch screen, but it wouldn't just be a supersized Google Assistant device. It'll also integrate a Nest camera with motion and sound alerts, serving both as a security monitor as well as a portal for Duo video calls. Stereo speakers, meanwhile, could add some clarity to music and the occasional YouTube video.

There's little doubt that the Nest Home Max is coming soon after Google itself made reference to it online. However, you might not want to count on Google announcing it at I/O -- Google hasn't been teasing a new Nest device release like it has the Pixel line. You can safely presume it will cost significantly more than the $150 Home Hub. 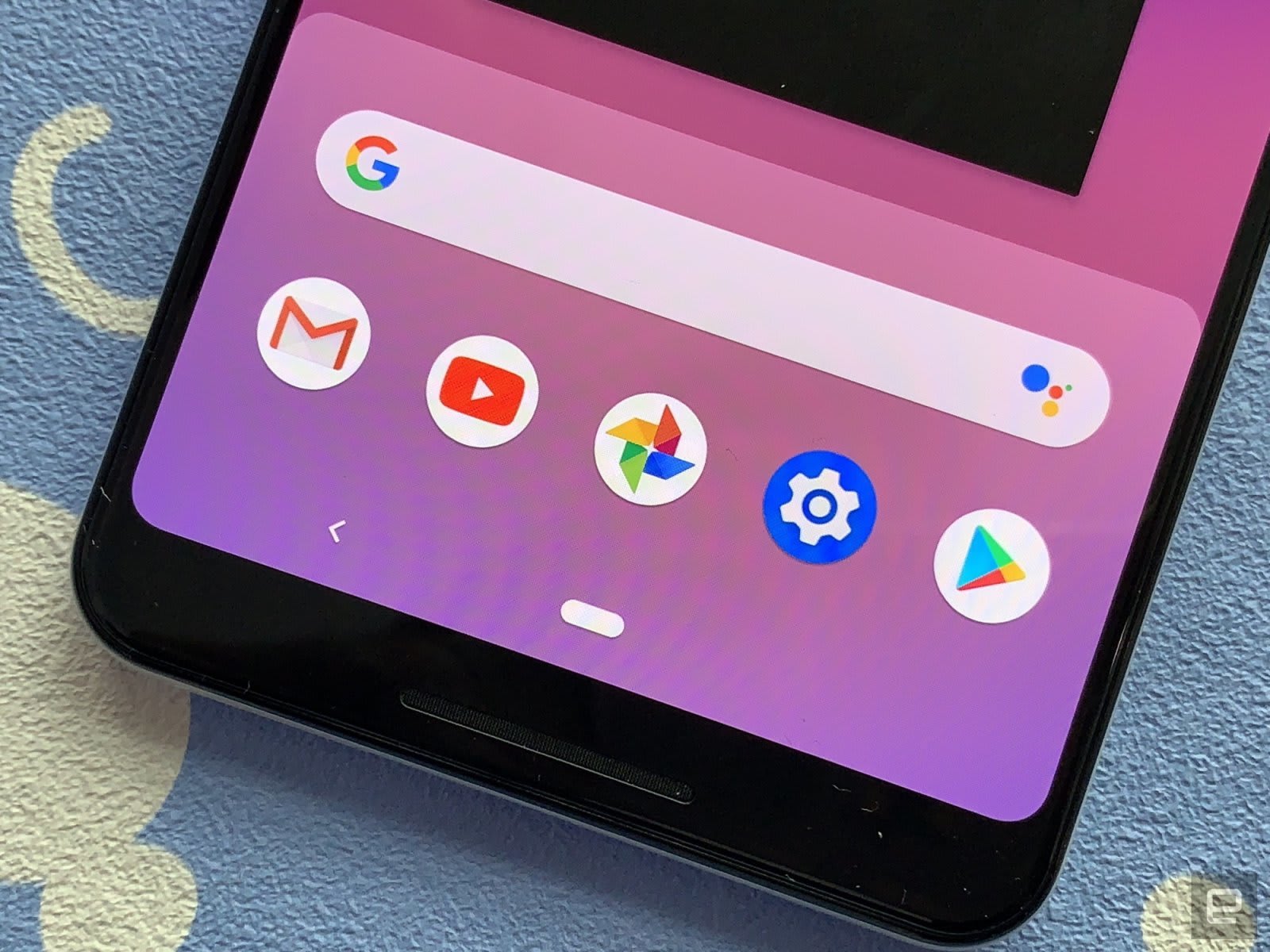 It wouldn't be I/O without a new version of Android, and Google appears set to continue that tradition this year. It released the first beta of Android Q back in March, and it's virtually certain that you'll learn more about its final feature set at Google's developer meetup.

Some details are already well-established thanks to that beta. There will be tighter privacy controls for apps, sharing shortcuts to send content directly to contacts, and settings panels that can pop up when an app needs them. More recently, Google revamped navigation gestures and introduced chat bubbles that keep conversations going while you're using other apps. Q will also include official support for foldable phones.

The company seldom shows all its cards in those early releases, though, and there have been hints of larger feature changes. Under-the-surface code in Android Q has alluded to a possible dark theme and even a desktop mode for those who want to use their phones as makeshift PCs without turning to manufacturer-specific options like Samsung's DeX. It might also support secure face detection through depth sensors and other components, similar to Apple's Face ID. We wouldn't count on these features being announced at I/O (Google sometimes postpones or shelves features mentioned in code), but they've at least been under consideration during Q's development cycle.

Whatever's included, you might not have to wait long to try the new software. Google released a public beta of Android P at I/O last year, and it's reasonable to anticipate a repeat for Q. And while the P beta supported a surprising array of third-party devices, you should see an even wider range eligible for Q's test release. Although the finished build isn't likely to appear until later this summer, you'll have a much clearer picture of the operating system long before then. 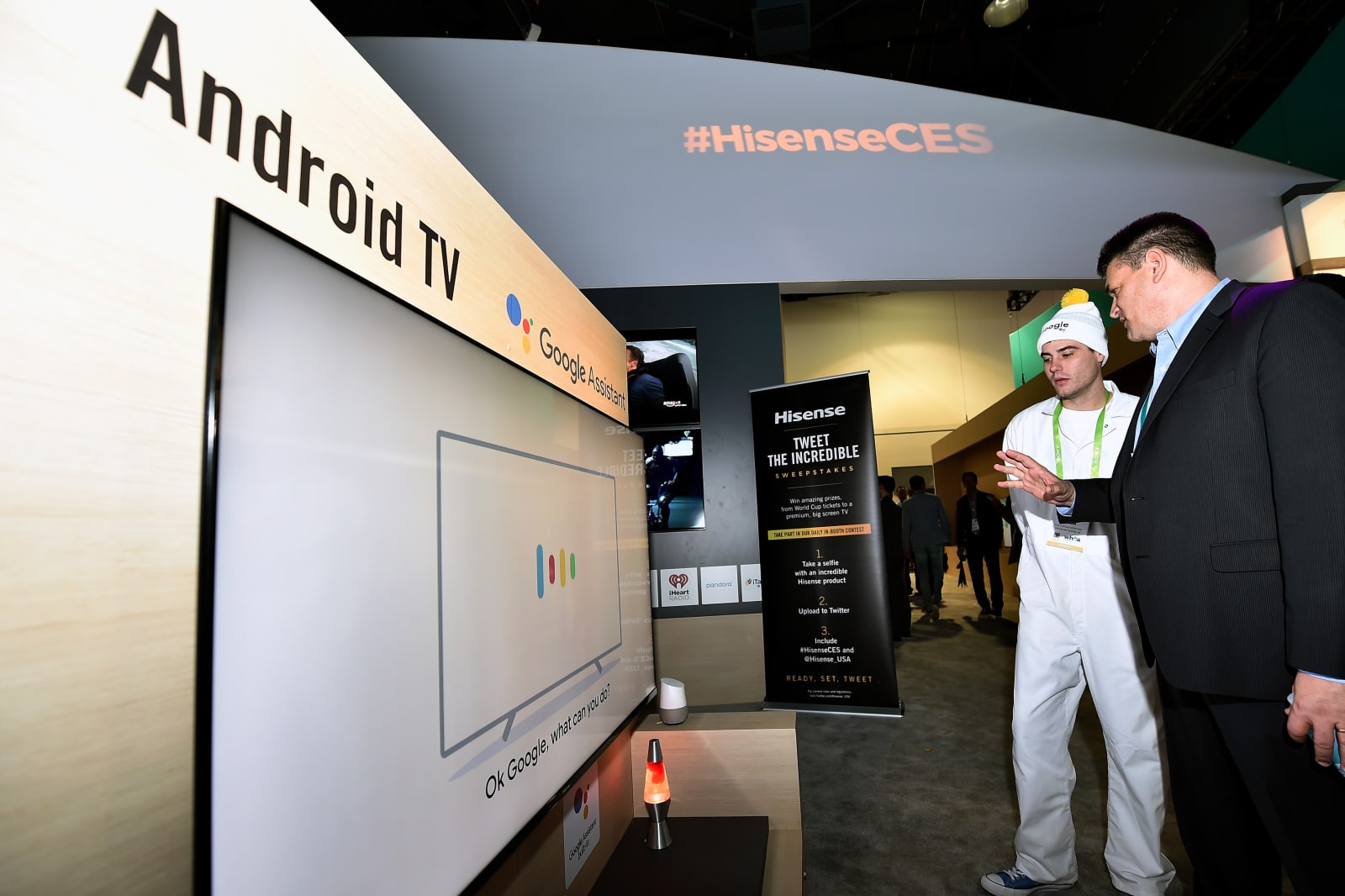 There are murmurs of Google updating Android TV at I/O, though it's not immediately apparent what updates will entail. An update is arguably overdue, mind you. For many, the biggest update in recent years was support for Google Assistant. A modernized interface could both spark new life in the platform and help it compete against evolving TV platforms like Samsung's version of Tizen and LG's webOS. 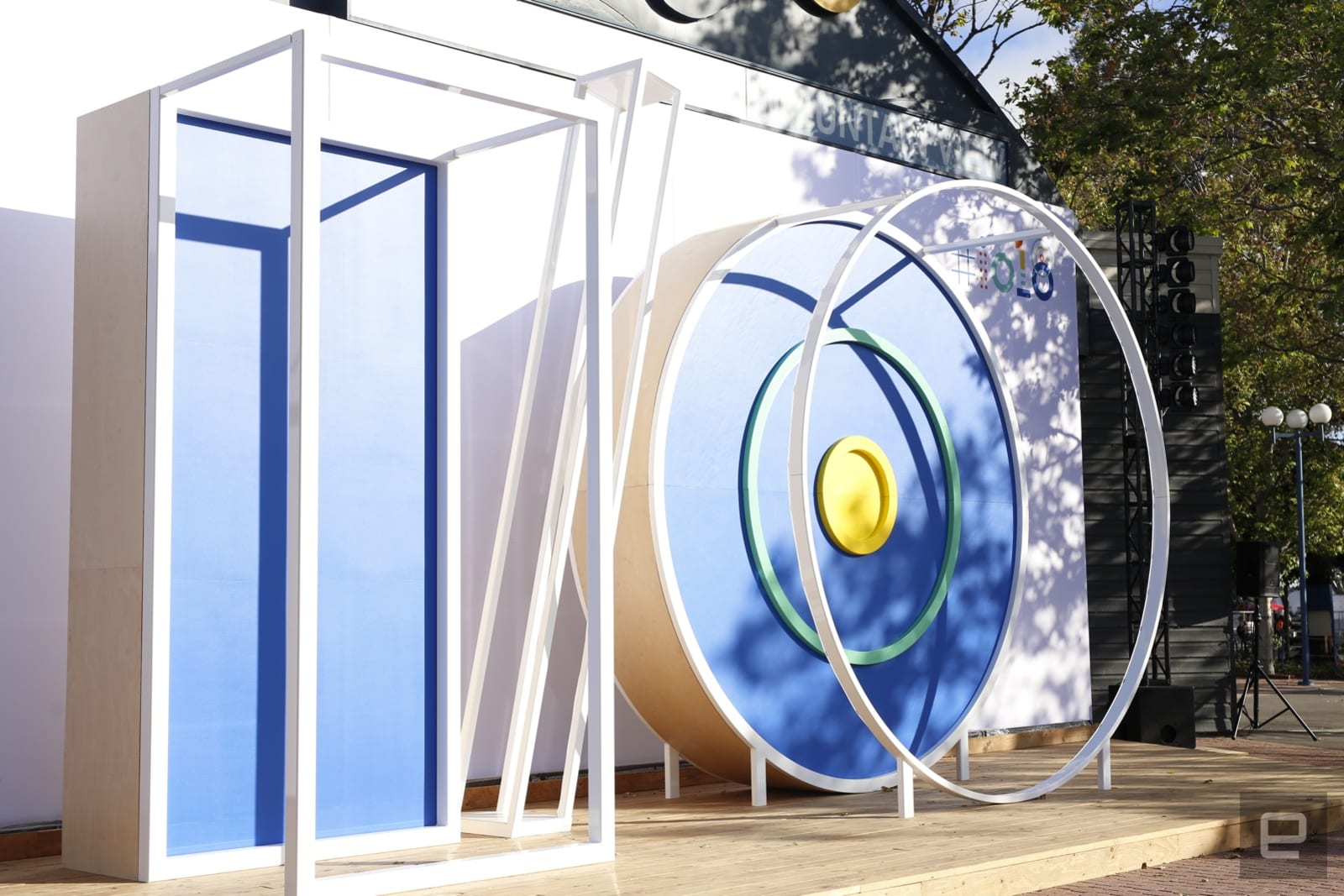 Google's I/O presentations are sprawling affairs that touch on virtually every aspect of the company, so there's a good chance you'll see major news in other categories. AI, in particular, is bound to be a centerpiece. Google has been beating the AI drum for the past few years and made Assistant a cornerstone of its products. Even if you don't see a clever invention on par with Duplex's automated phone calls, you'll probably see creative uses of AI throughout Google's products.

It's also reasonable to bet that Chrome and Chrome OS will see updates. Rumors have been quiet on that front, although Google's efforts to integrate Android apps into Chrome OS are likely to continue. New first-party Chrome OS hardware doesn't seem destined to appear at I/O, at any rate. There have been allusions in code to a "Hatch" Chromebook in the pipeline, but it's not clear if this is even a Google device, let alone slated for an I/O debut. The company has historically unveiled its own Chrome OS-based devices at its fall event. But we wouldn't rule out showcases for new hardware from Google's partners.

Other candidates for I/O? Google could reveal more about its Stadia game-streaming service, although that doesn't seem probable when the company spoke volumes about the tech at the Game Developers Conference just a few weeks ago. Likewise, Google has already talked about its plans for tiles in Wear OS. It's entirely possible that you'll hear news about Daydream VR technology when Google has been relatively quiet on that front, though. And remember, this is Google's biggest chance to woo developers this year. If there are any software-related surprises it can deliver before the end of the year, it'll save them for a major meetup like this.

All products recommended by Engadget are selected by our editorial team, independent of our parent company. Some of our stories include affiliate links. If you buy something through one of these links, we may earn an affiliate commission. All prices are correct at the time of publishing.
What to expect at Google I/O 2019
android
android q
android tv
av
chrome
chrome os
gear
google
googleio2019
internet
mobile
nest
nest hub max
pixel
pixel 3a
pixel 3a xl
smartphone
software