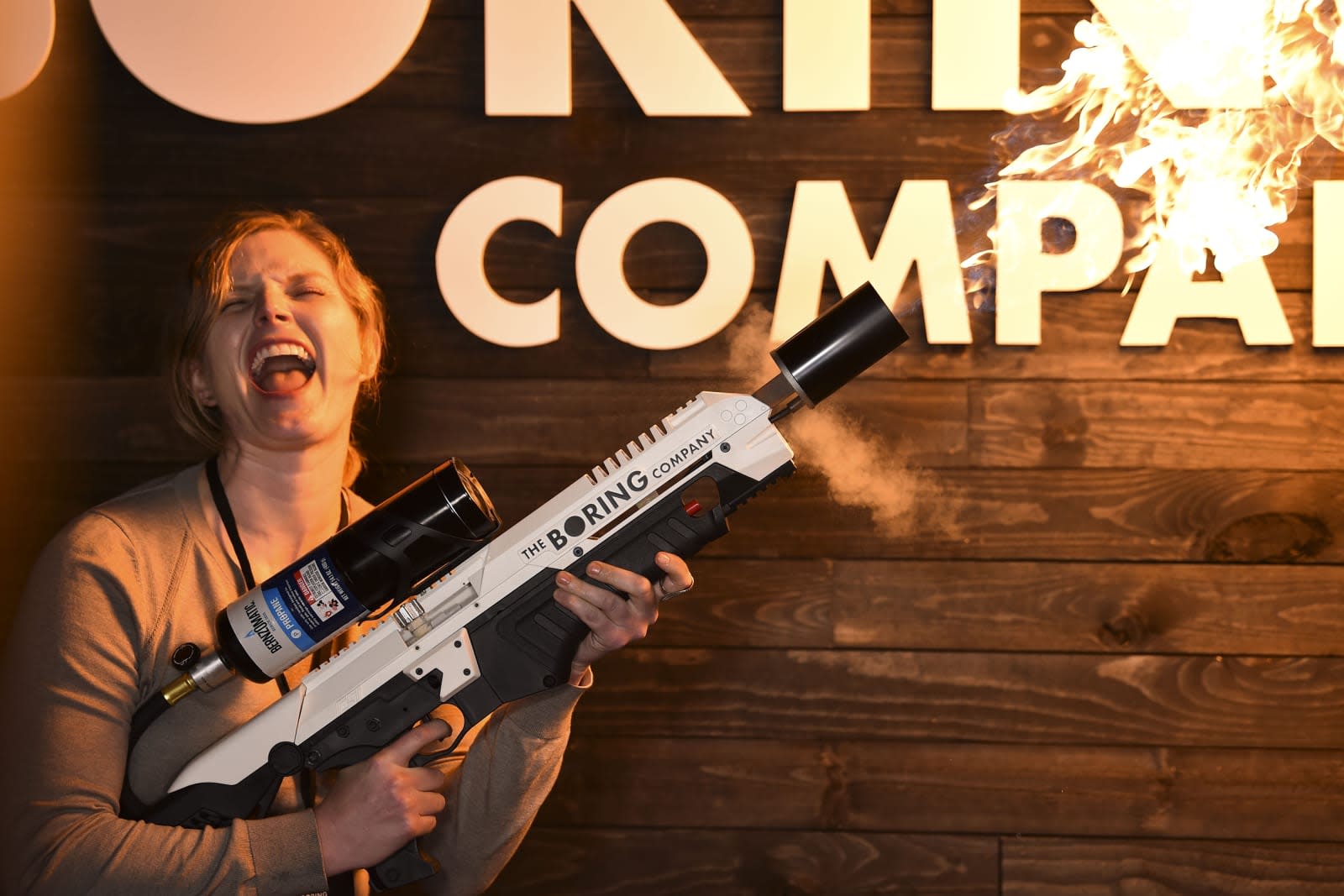 If you live in New York state and bought one of The Boring Company's Not-A-Flamethrowers, you probably want to get rid of it shortly. The state's Senate recently passed a bill that bans the possession of a flamethrower for recreational purposes, and legislators very explicitly singled out Elon Musk's gadget as an example. The measure bars specifically bars any device that projects burning fuel at least three feet away, which appears to include Boring's hardware.

A bill has yet to come to a vote in the state Assembly, although the 48-13 vote in the Senate suggests it won't have much trouble clearing the other chamber.

It's no secret why they want flamethrowers like Musk's banned. While Boring's device isn't technically a flamethrower (it's more of a torch attached to a gun shell), it certainly has the effect of one at times. The company even required that buyers absolve the company of responsibility if they did any damage to people or property. Many people will use the Not-A-Flamethrower safely, but it would only take one accident (or worse) for things to go horribly wrong.

We've asked Boring Company for comment. However, there might not be much it can do if the bill is signed into law. This won't hurt the company's bottom line when production ended a long time ago, but it's not great news for fans -- and it'll likely discourage other companies from offering something similar.

In this article: bill, boring company, elon musk, flamethrower, gadgetry, gadgets, gear, law, legislation, new york, not a flamethrower, The Boring Company
All products recommended by Engadget are selected by our editorial team, independent of our parent company. Some of our stories include affiliate links. If you buy something through one of these links, we may earn an affiliate commission.