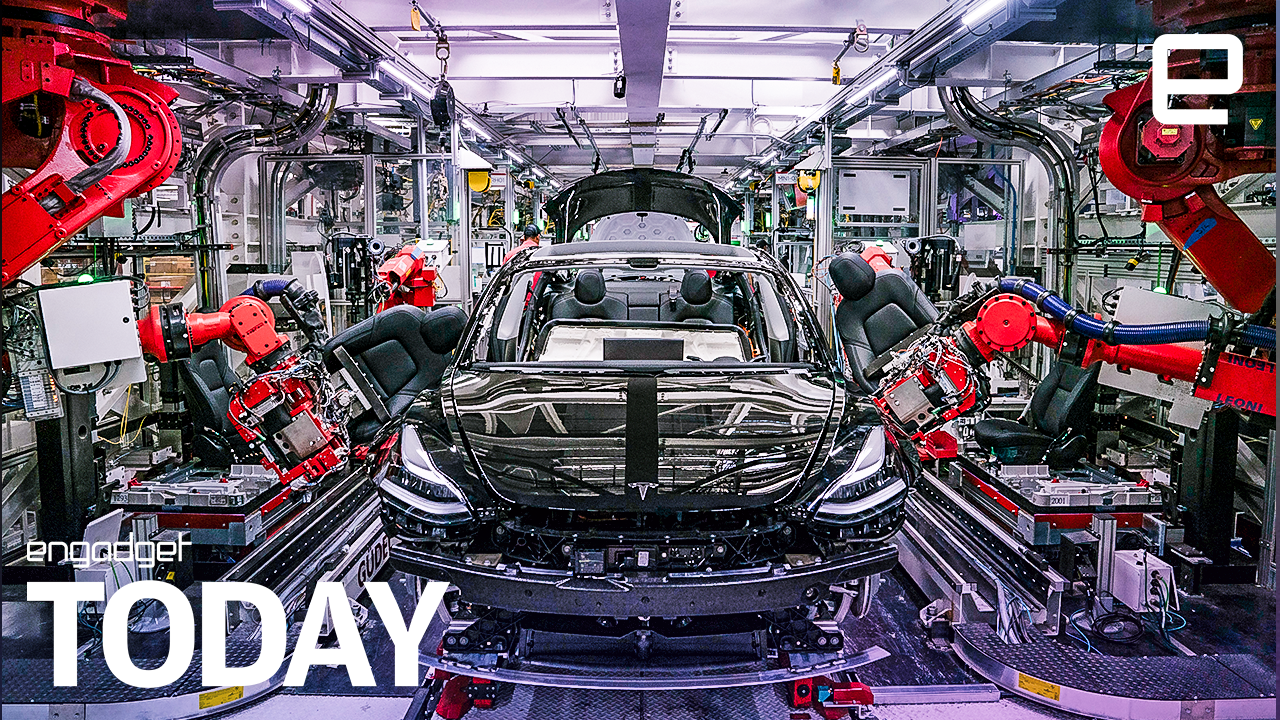 Tesla may have broken its own records, manufacturing 72,531 Model 3 sedans in the three months that ended June 30th. But employees say in the push to ramp up Model 3 production, they were forced to cut corners and work in difficult, unsafe conditions. A handful of employees who work in Tesla's open-air GA4 production tent told CNBC that they used electrical tape to quickly repair cracks on plastic brackets and housings and worked through extreme heat, cold and wild-fire smoke.

A Tesla spokesperson told CNBC that the employees' reports were "misleading and do not reflect our manufacturing practices or what it's like to work at Tesla." The spokesperson added that many of the shortcuts the employees claim to have used are not approved and that many parts used in the Model 3 come with electrical tape on them from the suppliers. As for the working conditions, the spokesperson said, "We work hard to create a work environment that is as safe, fair and fun as possible, and it is incredibly important to us that employees look forward to coming to work every day."

Workers told CNBC that the GA4 tent can now produce 120 cars per shift, and with three shifts per day, that amounts to about 2,160 Model 3s in a six-day week. That's about 30,000 per quarter at maximum production rates. But five people told CNBC that to meet those goals, they frequently passed cars down the line with missing bolts, nuts or lugs. Tesla responded that the company "has a robust quality assurance team that reviews each vehicle at the end of the GA4 assembly line to ensure every car was built correctly and is perfect before it leaves our factory to go to customers."

Tesla employees haven't had it easy. They've been stalked and threatened by an investor, warned against leaking info and blocked from a social network used to voice work complaints. It's unclear how much longer Tesla will use the GA4 tent for production or how it will address these concerns, but it shows no sign of slowing its Model 3 production.

Update, 7/16/19, 4:05 PM ET: This story was updated to be more precise about what specific parts were said to have been fixed with electrical tape.

In this article: AOLoriginals, assembly, business, daily show, electrical tape, engadget, Engadget Today, engadget video, entertainment, GA4, gear, manufacturing, model 3, production, shortcuts, tent, tesla, transportation, unsafe, working conditions
All products recommended by Engadget are selected by our editorial team, independent of our parent company. Some of our stories include affiliate links. If you buy something through one of these links, we may earn an affiliate commission.