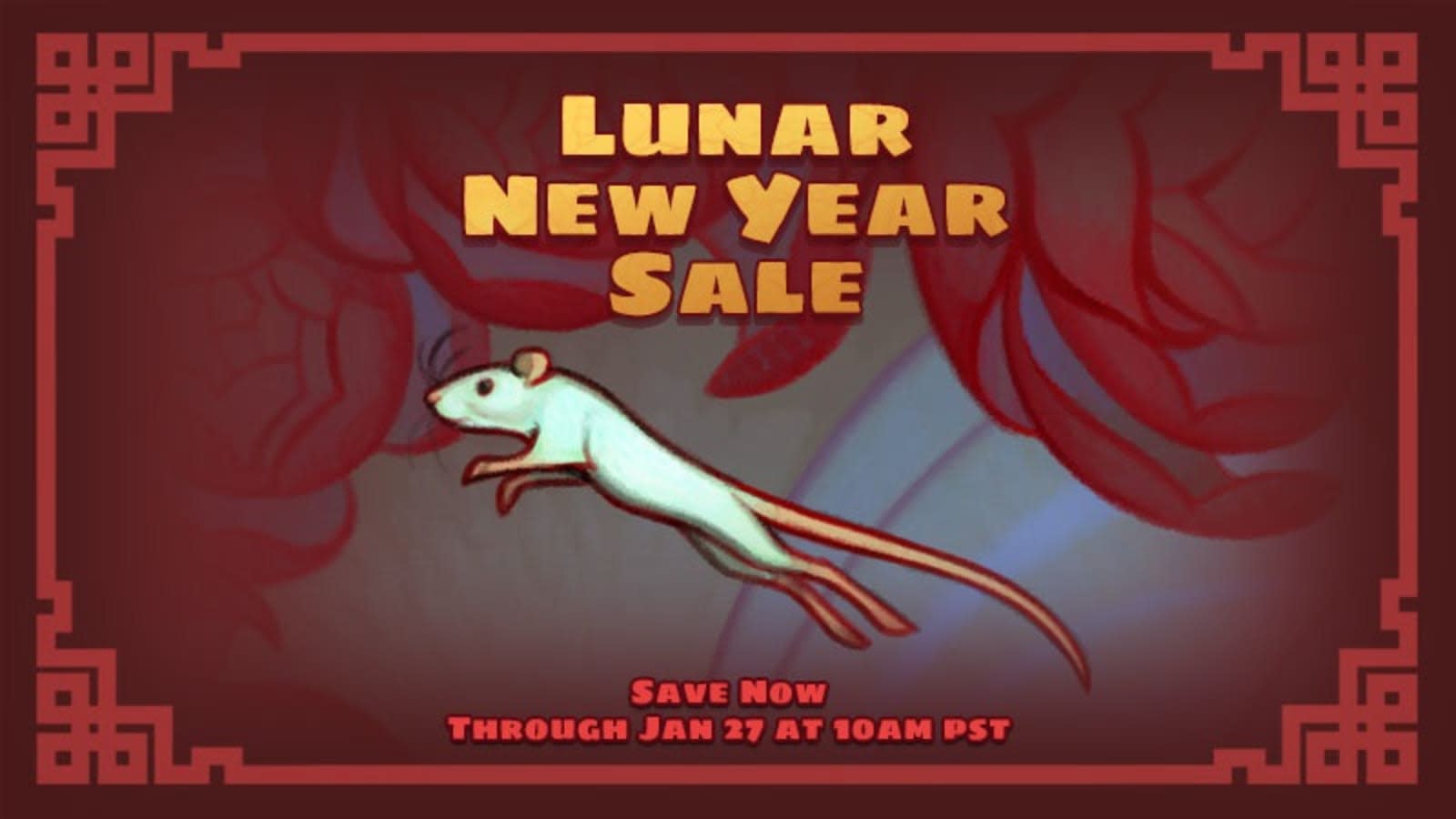 Steam is having a massive sale in celebration of the Lunar New Year and it all kicks off today. Right now, catch deals on Grand Theft Auto V (50 percent off), Dark Souls III (75 percent off), Resident Evil 2 (67 percent off), Disco Elysium (20 percent off), Assassin's Creed Odyssey (60 percent off), The Witcher III (70 percent off), and a ton of other titles. A handful of games are available for less than $10 -- the first episode of Life is Strange 2 is just $2, Rainbow Six Siege is $8, and Payday 2 is $5, to name a few.

Over the weekend, you'll be able to score big savings on thousands of titles, plus score daily bonus items and gifts. Each day of the sale will also see a new red envelope featuring Year of the Rat tokens, which can be used to purchase seasonal goods in the Night Market – think animated profile backgrounds, chat room effects and more. The sale ends on January 27th, so pay it a visit before then.

In this article: av, bonus, engadgetdeals, games, gaming, goods, items, Lunar New Year, personal computing, personalcomputing, sale, Steam, thebuyersguide, Year of the Rat
All products recommended by Engadget are selected by our editorial team, independent of our parent company. Some of our stories include affiliate links. If you buy something through one of these links, we may earn an affiliate commission.