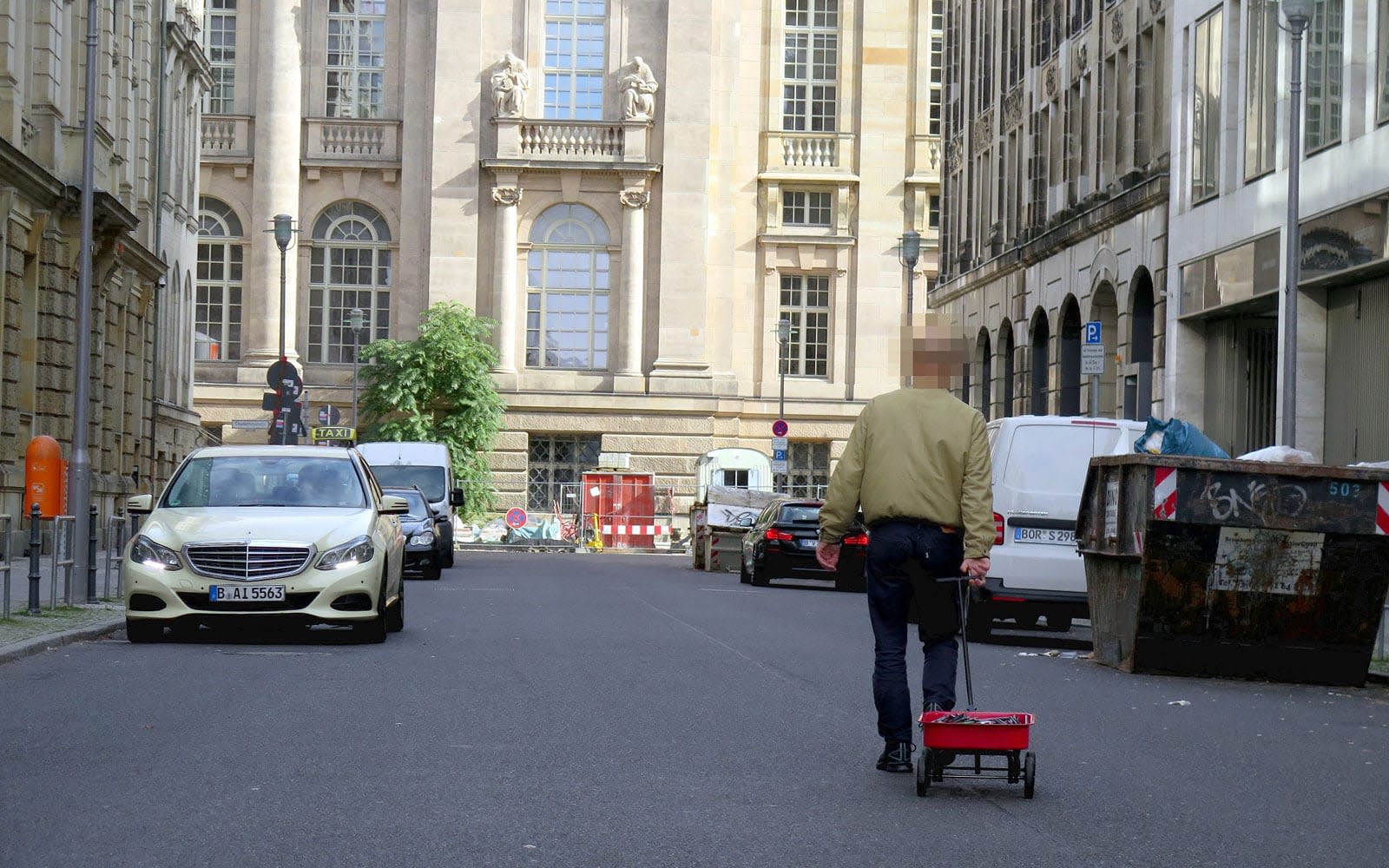 We tend to think of Google Maps as an indispensable tool that is rarely wrong, but an artist from Germany named Simon Weckert found a humourous way to game the app. Using a wagon loaded with 99 second-hand smartphones, he was able to "hack" Maps to create virtual traffic jams throughout Berlin.

If you've used Maps, you're probably familiar with how it color codes roads green, orange or red to show the state of traffic in an area. Weckert used his wagon full of phones running Maps to take advantage of this fact and trick the app into thinking usually empty roads were suddenly choked full of cars. At one point in the project, he even took the wagon outside of Google's office in Berlin. In some instances, the hack caused Maps to reroute drivers away from the area where Weckert was with his army of phones.

Weckert's description of the project says he wanted to draw attention to just how dependent we've become on services like Maps. Citing apps like Airbnb, Uber and Foodora, he wrote: "All of these apps function via interfaces with Google Maps and create new forms of digital capitalism and commodification. Without these maps, car sharing systems, new taxi apps, bike rental systems and online transport agency services such as 'Uber' would be unthinkable."

To its credit, Google took the "hack" in stride and told 9to5Google it would use the art project to make the app better. "Whether via car or cart or camel, we love seeing creative uses of Google Maps as it helps us make maps work better over time," a spokesperson for the company said. They also noted that the company doesn't exclusively use phones operating Maps as proof of a traffic jam, instead it relies on multiple sources. So don't expect many copycats.

In this article: art, gear, geolocation, google, google maps, GPS, internet, Maps, mobile, services, traffic
All products recommended by Engadget are selected by our editorial team, independent of our parent company. Some of our stories include affiliate links. If you buy something through one of these links, we may earn an affiliate commission.