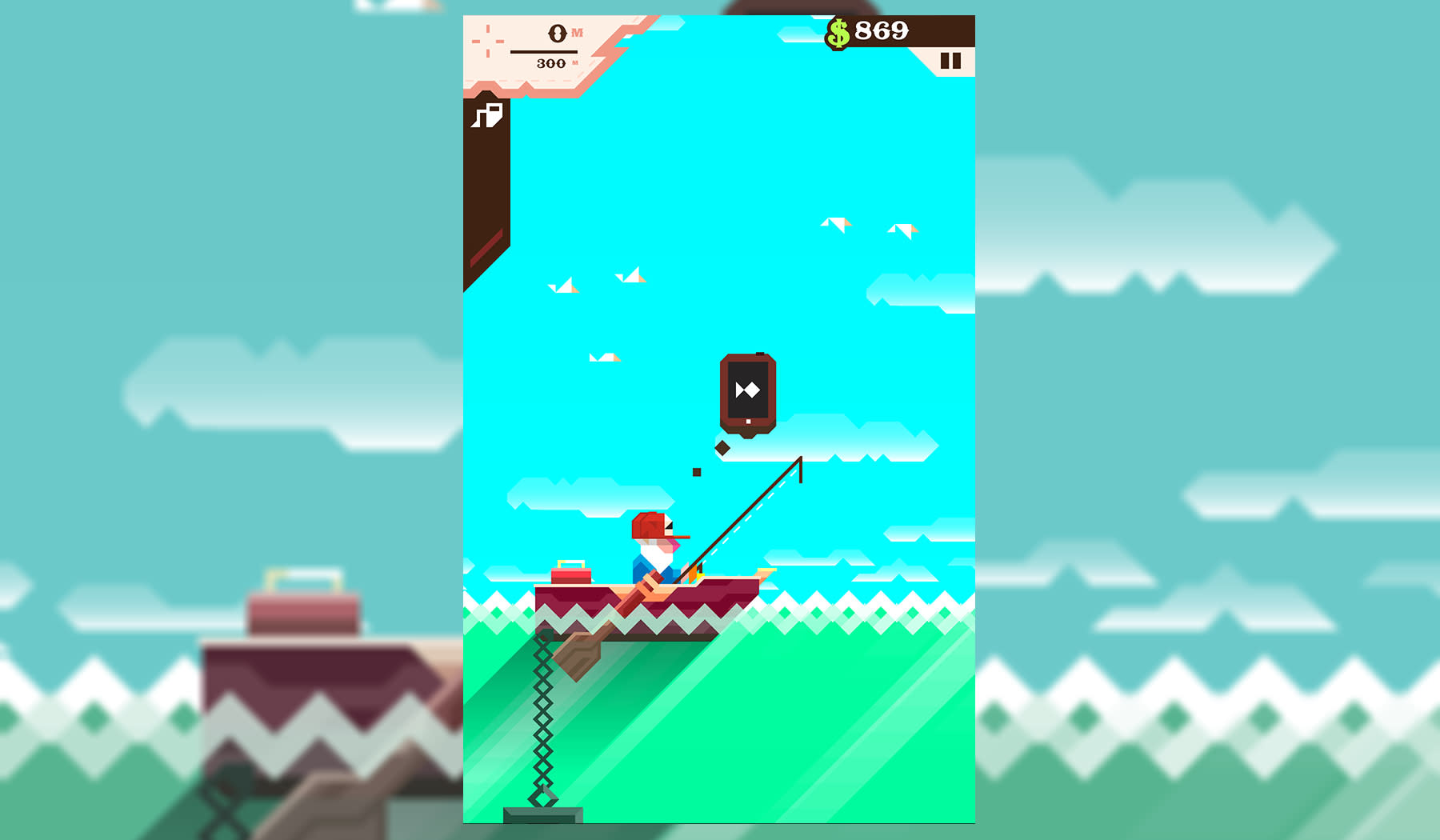 Epic's legal action isn't about small developers, but it will affect them.

Rami Ismail, co-founder of Ridiculous Fishing studio Vlambeer, is not interested in joining any lawsuits on behalf of Epic Games, Apple, Google or any other billion- or trillion-dollar business. Because really, even though Epic’s legal action may eventually reduce the fees that Apple and Google charge to all mobile developers, this fight isn’t about him. It isn’t about any independent creator.

“In the end, it's likely mostly one or multiple of the giant multi-million and billion and trillion corporations will win big,” Ismail said. “The question is how much ‘collateral’ damage is done to the small developers on the way.”

After baiting Apple and Google into removing Fortnite from their mobile storefronts this month, Epic separately sued both companies, accusing them of anticompetitive practices. The case against Apple is particularly prominent, as it has a history of blocking third-party payment systems from operating on iOS and enforcing austere revenue-sharing rules on the App Store -- unless you’re Amazon, that is.

When it revealed the lawsuit against Apple, Epic dropped a 48-second video on YouTube parodying the company’s iconic 1984 ad and calling for all Fortnite players to “join the fight” against the “App Store Monopoly.”

Apple has since threatened to remove Epic’s access to developer tools on iOS and Mac, which would cut off updates and support for the Unreal Engine, a platform used by tens of thousands of developers worldwide. Ismail called this the “first blow” of collateral damage against independent creators.

“Apple and Google have an iron grasp on almost everything related to the mobile app ecosystem, including distribution and sales,” Ismail said. “I am glad Epic is making the topic easier to discuss, and that they're putting some ridiculous PR pressure on the mobile platforms to adjust. I'm also just amused because I've never seen a lawsuit triggered as if it were a Trap Card in Yu-Gi-Oh, with an honest-to-god in-game trailer. It truly is a new era of legal spectacle.”

Vlambeer won the Apple Design Award in 2013 for Ridiculous Fishing, a stunning and addictive game built specifically for mobile devices. Ismail has experience working with every major gaming platform, from PC to console to mobile, and he’s previously spoken out about the unsustainable nature of a standard industry practice: the 30 percent revenue share. This is a significant portion of Epic’s lawsuit against Apple, which calls the fee “exorbitant.”

Epic Games CEO Tim Sweeney has long been a loud proponent of lowering the 30 percent fee collected by Valve, Microsoft, Sony, Apple and Google for participation in their digital storefronts. In fact, when his company launched the Epic Games Store in December 2018, its main marketing line was that it charged developers just 12 percent.

This was a direct attack on Steam, Valve’s multibillion-dollar powerhouse that had gone unchallenged in the PC gaming space for more than a decade. Sweeney made it clear and issued an ultimatum to Valve, tweeting, “If Steam committed to a permanent 88% revenue share for all developers and publishers without major strings attached, Epic would hastily organize a retreat from exclusives (while honoring our partner commitments) and consider putting our own games on Steam.”

In late July, Apple CEO Tim Cook spent a few hours defending his company against claims from the House Judiciary Committee that it operates the App Store as a monopoly. Alphabet CEO Sundar Pichai was there, too, but he had other questions to answer, mainly about Google’s ad business.

Representatives questioned Cook about the time Eddie Cue bragged to Steve Jobs about blocking Random House from establishing its own bookselling apps on the App Store amid the launch of iBookstore, and about the special treatment Amazon was able to secure earlier this year. Apple routinely blocks developers from establishing their own payment systems or otherwise circumventing the App Store’s built-in buy buttons, but in April the Prime Video iOS app quietly rolled out payments directly through Amazon, allowing one of the most valuable companies in the world to sidestep Apple’s fees entirely. Apple says this is all acceptable under a rarely used clause for premium subscription video entertainment providers, but even the most avid industry observers remain unconvinced.

Cook spent over five hours arguing under oath that the App Store treats every developer exactly the same, and a week later, Apple was forced to justify its decision to block some gaming apps from operating on iOS. Microsoft’s xCloud game streaming service was one of those apps, and the company released a statement that read: “Apple stands alone as the only general purpose platform to deny consumers from cloud gaming and game subscription services like Xbox Game Pass. And it consistently treats gaming apps differently.” On top of the US congressional investigation, the European Union is looking into Apple’s App Store practices on behalf of Spotify.

In summary, Apple is vulnerable. Well, as vulnerable as a company valued at $2 trillion can be. Epic’s lawsuits were planned well in advance, with Sweeney commenting on Apple and Google’s monopolies ahead of the tech antitrust hearing, and rolling out in-game anti-Apple Fortnite events afterward.

“If small developers see any benefit, it'll be a lower revenue share paid to another corporation, and it will probably come at the expense of selling your game inside someone else's app,” Ismail said.

Mobile is the fastest-growing segment in gaming, estimated to be worth $77.2 billion in 2020, according to Newzoo. Right now, Apple has made a habit of blocking third-party payment systems from operating on iOS, and even on Android, Google makes it difficult to sell in-game goods outside of the Play Store. Epic ran into this issue when it briefly tried to run Fortnite outside of Google’s mobile ecosystem, a feat that it didn’t even attempt on iOS. A mobile version of the Epic Games Store represents a massive source of potential revenue for Sweeney’s company, and it doesn’t want to share those sales with Apple or Google.

More than anything, the lawsuits aren’t really about small developers. Even though, compared with Apple and Google, Epic isn’t exactly large.

“I'm generally going to side with an independent developer, even when that independent developer is now worth $17 billion,” said longtime indie-games marketing man Mike Wilson. “While it's hard to buy into a David-and-Goliath story at Epic's level of wealth and power, they are taking on $1 trillion and $2 trillion companies in Google and Apple, just as they have taken on Steam directly.”

Mike Wilson has helped manage campaigns for independent developers since the days of shareware, working on Doom, Quake and Deus Ex, and founding a handful of publishing outfits throughout the years. The views he shared about Epic, Apple and Google are his own, and don’t represent that of the indie publishing studio he co-founded, Devolver Digital.

In 1997, Wilson and Steve Miller, the founder of Duke Nukem studio 3D Realms, circulated The Ten Developer Commandments, a guide that outlined fair contract terms for creators working with publishers for the first time. This was back when digital distribution was an afterthought, and brick-and-mortar retail was king. Physical distributors charged 50 percent, at least.

With this history at his back, Wilson said the 30 percent cut that most digital platform holders take today isn’t shocking. It might even be fair.

“I remember the 50 percent or more we used to pay in the brick-and-mortar retail business, after having to pay for shelf space and have all inventory on consignment, never mind the fact that these platforms actually pay us on time every month without having to sue or chase our money like we so often did before,” Wilson said. “The digital business is a miracle that those who never dealt with retail will never fully appreciate.”

Every developer today is operating in a digital-first ecosystem, and this has been the case for years. All of Vlambeer’s games, for instance, have been published through online and mobile storefronts since the release of Super Crate Box in 2010. In this marketplace, a majority of developers called a 30 percent fee unjustified, and suggested a 10 to 15 percent cut for platform holders instead, according to the 2020 GDC State of the Industry Survey.

“I don't think 30 percent is a fair revenue split, to be honest,” Ismail said. “I understand that there are costs to maintaining these platforms and distributing, but the profit numbers are eye-watering given that these are values that are more aligned with historical distribution than with digital distribution. The fact that these companies also control what apps are allowed to do makes sense to a certain level, but I have frequently opposed their decision-making as well, as they frequently border on censorship on political grounds.”

Ismail is comfortable in the fact that it doesn’t really matter what he thinks about Apple or Google’s revenue split, or what lawsuits Epic is filing to shift it. Fortnite has made about $1.2 billion on the App Store alone, according to SensorTower. All things equal under the current revenue-sharing model, and that’s $360 million for Apple, and $840 million for Epic in just over two years. Neither of these companies -- nor Google, for that matter -- are interested in abandoning this revenue stream. And, in the end, they likely won’t.

The best conclusion to Epic’s legal action, according to Ismail, would involve Apple and Google lowering the 30 percent revenue split for all apps, and unilaterally allowing third-party payment systems on their mobile stores.

“That outcome is pretty far up the ‘make-believe world where everything is flowers and sunshine’ scale though,” Ismail said. “The most likely outcome is that Epic and the platforms come to a final agreement that allows companies to create in-app stores that sell applications, and that Apple and Google will set stringent requirements on what is required in terms of payment and data infrastructure for those in-app stores.”

Essentially, Epic might get Amazon’s App Store deal after all. The same can’t necessarily be said for indie developers.