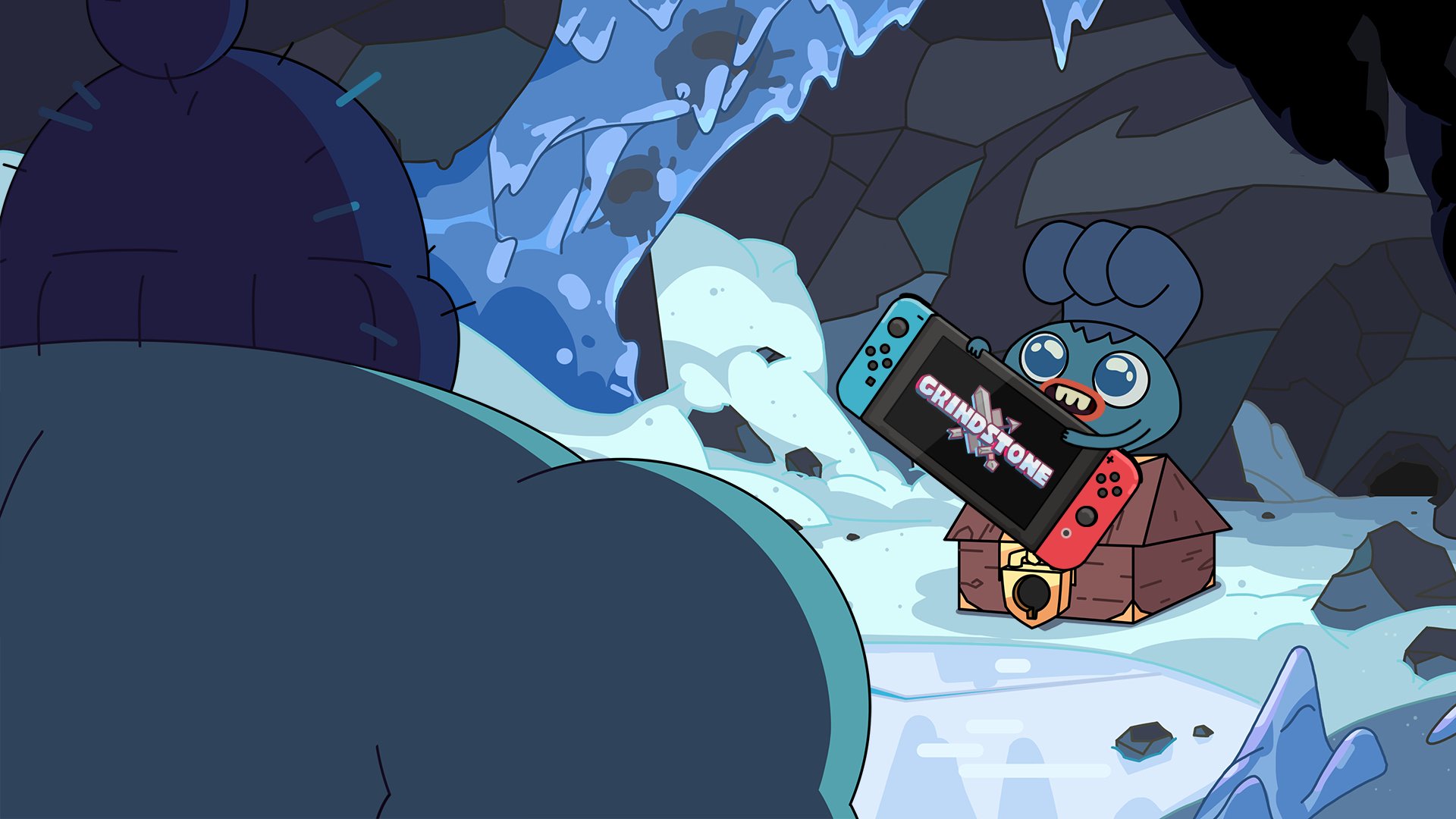 Grindstone, the stellar Apple Arcade puzzler from Sword and Sworcery studio Capybara Games, is available on the Nintendo Switch right now. It’s a timed exclusive on the new platform, which means it’ll likely hit additional consoles after a predetermined amount of time, generally between a few months to a year.

Hey Nintendo fans, from the whole team at CAPY: we’re so excited that Grindstone is available to play on Nintendo Switch RIGHT NOW! With a 25% launch discount! 🙌🎉

We can’t wait to see you on the mountain, stonegrinder.https://t.co/474avBFqRK pic.twitter.com/Q3xivR7bLG

In Grindstone, players line up enemies of the same color on a battle grid and then cut them down in long combinations to earn currency called grindstones. There are more than 200 levels, daily challenges and leaderboards, a killer soundtrack, and a cast of adorable, gross characters done up in a style reminiscent of Saturday morning cartoons.

The Switch version includes every content update that’s hit the game over the past year, plus control and UI improvements for wide-screen, touch and gamepad play. Grindstone costs $20 on the Switch, but it’s discounted at launch to $15. The game is also still available on iOS devices via an Apple Arcade subscription for $5 a month.

In this article: indie, Switch, video games, Grindstone, Capybara Games, Apple Arcade, news, gaming
All products recommended by Engadget are selected by our editorial team, independent of our parent company. Some of our stories include affiliate links. If you buy something through one of these links, we may earn an affiliate commission.