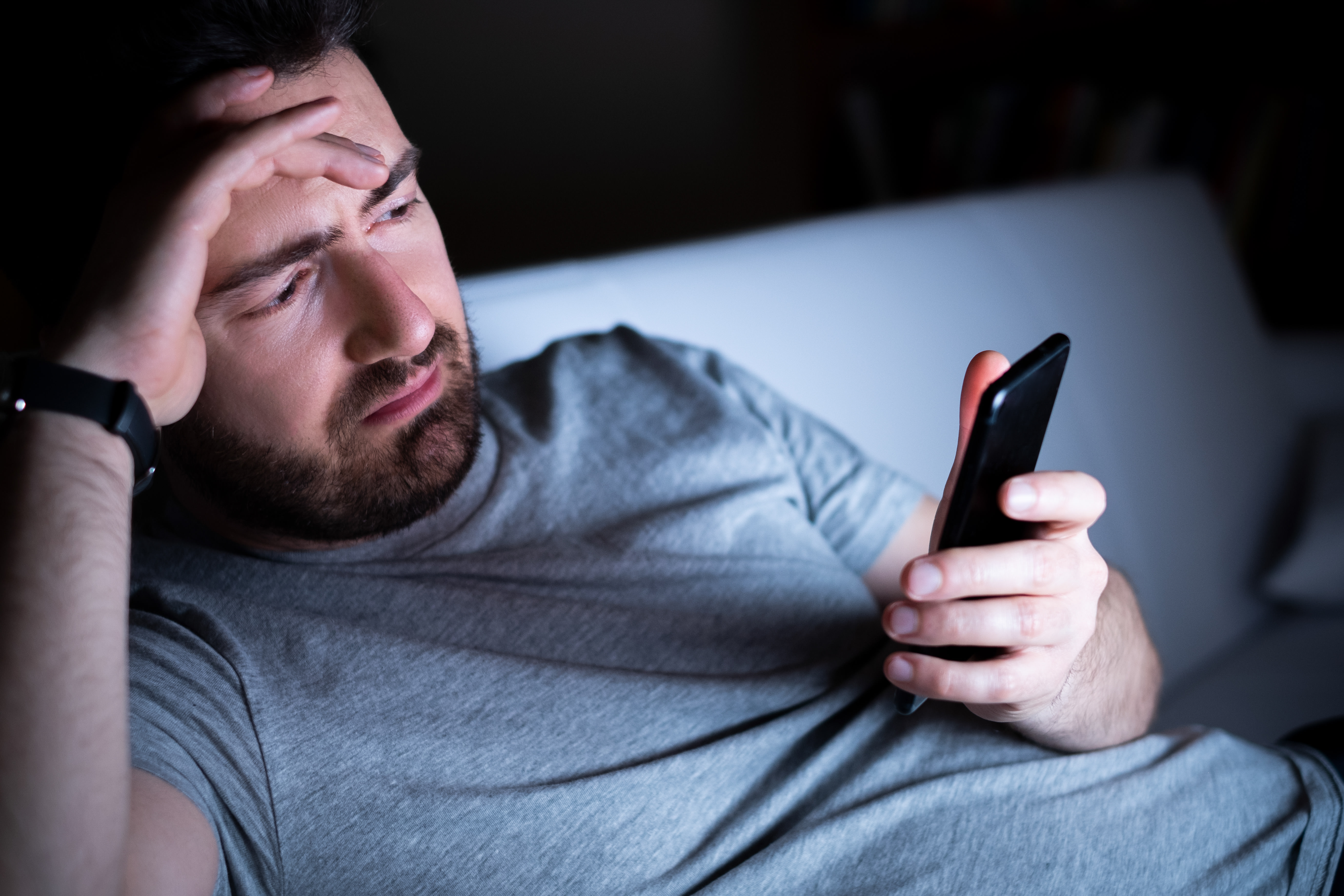 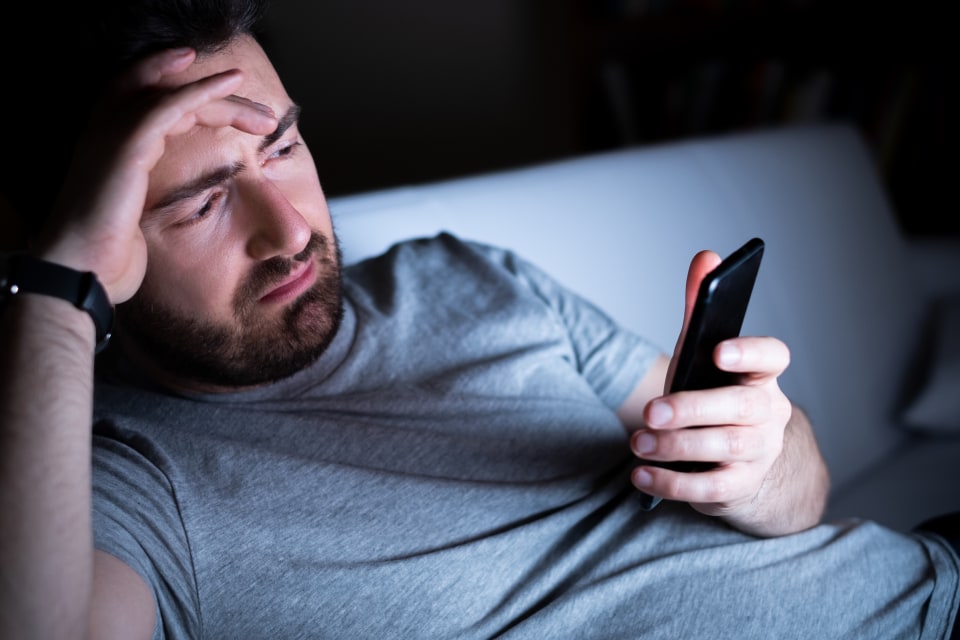 Humans may be social animals but any introvert will tell you that having too much company can seem even worse than isolation. Yet throughout history, people who enjoy spending time by themselves have been looked upon with a sense of pity. In his latest book, A History of Solitude, author David Vincent dives through three centuries of history to explore the ways people behave when there’s no one else around.

In the excerpt below, we take a look at how the explosive progression of modern communications technologies have radically changed what it means to be “alone.” Thanks to the internet, even though people are more physically isolated now more than virtually any point in the past, we’re simultaneously more socially connected than ever. How that will impact the human condition remains to be seen.

Extract taken from A History of Solitude by David Vincent, Polity Press, Cambridge, 2020

Growth has reset the polarities of solitude. At the beginning of this study, the meaning of the condition was seen in relation to its antithesis. Its salience at the end of the eighteenth century reflected the anxieties generated by the Enlightenment endorsement of sociability. More recent developments have witnessed not the triumph of one alternative over the other, but rather a reconsideration of how the relation between them should be understood.

Over much of the period, networked solitude was seen as a necessary and increasingly productive companion to physical solitude. As a larger proportion of the population lived in the bustling streets of expanding towns and cities, so the capacity of communication technologies mentally to free them from pressing company was welcomed. Of all the ways of being alone described in this history, the vicarious form was perhaps the most widely practised. From the desert fathers through to Robinson Crusoe, the Romantic poets, Frankenstein, narratives of solo exploration, print and later media on quiet recreations, guides to solitary undertakings, texts on revived monasticism, and mind, body, and spirit publications, the proportion of the population that has enjoyed solitude from the comfort of their armchairs far outweighs those who have actually experienced it, particularly in the more extreme forms.

At their most creative, digital data and narratives have further expanded the capacity of networked solitude to abstract users from their immediate surroundings and allow them to engage with distant people and alternative worlds. The growing use of the internet, however, has raised two urgent concerns. In the first case, with increasing awareness of the surveillance capacities of digital media, the function of solitude as the last realm of personal independence has been counterposed to the use of communication systems to extend its reach. Rather than enriching the realm of withdrawal, the smartphone connected to search engines and social media may impoverish it altogether. The facial recognition technologies now being introduced threaten to abolish the very concept of solitude. There will no longer be a space in which individuals can talk to themselves without being seen or overheard by corporate or state agencies.

Secondly, immersion in the internet universe revives Zimmermann’s apprehension that there were forms of withdrawal that constituted a one-way journey. Doubts have been raised about the impact of digital communication on an appropriate balance between the solitary and the social. It has been argued that the online universe locks the user into a realm where neither true solitude nor effective interpersonal relations can be enjoyed. As terms such as obsession and addiction are applied, particularly to younger internet users, so worries have surfaced that the skills of face-to-face interaction are being lost. Those spending as much as a day a week text-messaging will have neither the time nor the capacity to talk to each other. In the view of Sherry Turkle, the effects are mutually destructive. The hours spent online prevent the development of the sense of inner being required for effective personal relations, and in turn the decay of spoken communication impedes the creation of a fuller identity. ‘Solitude,’ Turkle writes, ‘reinforces a secure sense of self, and with that, the capacity for empathy. Then, conversation with others provides rich material for self-reflection. Just as alone we prepare to talk together, together we learn how to engage in more productive solitude.’

There are problems of historical perspective in this analysis. In particular, we lack systematic knowledge of the scale of face-to-face interaction in past societies. As we have seen, for instance, a housewife in the nineteenth and much of the twentieth centuries often spent long hours in enforced isolation, with no-one to talk to except young children, or servants, whose topics of conversation were limited by the social relations in which they stood. Her returning husband might well have lacked the interest or energy to discuss her day, or have preferred to unburden himself to male friends in the club or the public house.

If the subsequent growth of the companionate marriage increased the possibility of sociable exchange, the parallel expansion of separate bedrooms for adolescent children, and of private spaces for adult activities within the home, created further obstacles to casual talking. Equally, the rapid rise in single-person households since 1945 has formed new islands of silence in domestic living. Whether there was a moment in late modernity when peak conversation was reached and passed requires further investigation.

A consequence of the debate has been a renewed emphasis on older categories of withdrawal. If solitary and sociable behaviours have a shared enemy, they also have a joint remedy. In both cases, healthy practice consists in conducting life with the mobile and the laptop turned off. Physical solitude has a newly enhanced attraction, as networked and abstracted forms are threatened by excessive dependency on digital communication. Surveillance is best avoided by disconnection from networks and escaping the reach of cameras. The difficulty is that in the early twenty-first century, many of the practices associated with a bodily absence from the company of others have forever lost their lustre.

Lone walking through unpeopled countryside, which has been a theme throughout this study, can less readily be experienced and celebrated in our own times. The last great literary pedestrian journey of the twentieth century in Britain was W. G. Sebald’s walk down the Suffolk coast from Lowestoft. The Rings of Saturn is a meditation on the decline of communities, families, and empires. The most extensive description of a place is an account of Dunwich, which was overcome by waves in the Middle Ages. The pollution of the land and the sea is a recurring theme. ‘Every year,’ Sebald writes, ‘the rivers bear thousands of tons of mercury, cadmium and lead, and mountains of fertilizer and pesticides, out into the North Sea. A substantial proportion of the heavy metals and other toxic substances sink into the waters of the Dogger Bank, where a third of the fish are now born with strange deformities and excrescences.’ There is no compensation to be found in farmland, which is mechanized and almost completely devoid of people.

Towards the end of the book, Sebald turns inland from Orford: I walked for nearly four hours, and in all that time I saw nothing apart from harvested cornfields stretching away into the distance under a sky heavy with clouds, and dark islands of trees surrounding the farmsteads which stood well back from the road, a mile or two apart from each other. I encountered hardly any vehicles while treading this seemingly unending straight, and I knew then as little as I know now whether walking in this solitary way was more of a pleasure or a pain. Such expeditions had always required the walker to render invisible those who worked on the land they travelled through. Now the emptiness of the fields is a measure not of free space but of the continuing displacement of people by machines.

At the same time, exploration of extreme nature, long the subject of public fascination and literary celebration, is irredeemably compromised. None of the early-twenty-first-century adventurers suppose they travel in search of a prelapsarian creation. At best they are using whatever publicity they can attract to draw attention to problems of pollution and global warming that are not readily visible from within urban societies. A recent contribution to this genre of travel literature, Dan Richards’ Outpost: A Journey to the Wild Ends of the Earth, begins by citing Jack Kerouac: ‘no man should go through life without once experiencing healthy, even bored solitude in the wilderness’. It then recognizes that such an enterprise can only be justified if it is used to bear witness to the harm being caused to the remotest corners of the planet:

For better or worse homo sapiens are a questing, consuming, destructive species. We have now entered the age of Anthropocene – humans are ruining the planet. It might be better for the Earth if we stopped exploring, lest the human litter which now blights the top of Everest and the depths of the sea spread to every part of the world... I believe the more we know about our world, the more we see, the more deeply we engage with it, understand its nature, the more likely we are to be good custodians and reverse our most selfish destructive behaviour. Competitive solo endeavours have retreated from the heroic to the trivial or the wilfully perverse. No longer do they represent the last appeal to an imperial past.

As technology robs the Golden Globe yacht race of much of its original fascination, a retro fiftieth-anniversary competition was recently organized, with competitors confined to monohulls and to the communication devices used by Knox-Johnston and his fellow yachtsmen in 1968–9. Only five of the eighteen competitors completed the race, which was won by ‘French sailing legend’ Jean-Luc Van Den Heede, who took almost three times as long as the current record. Ever-more obscure tasks have to be invented to attract the attention of donors. In 2018, John Farnworth from Lancashire made his way to the Everest Base Camp whilst continually juggling a football. He later walked sixty miles alone across the Sahara Desert performing keepie-uppies. Elsewhere, John Ketchell from Hampshire completed the first solo circumnavigation of the world by gyrocopter in 2019, and earlier in the year a Frenchman, Jean-Jacques Savin, became the only man to float across the Atlantic in a tub without the aid of oars or sails.

The long-term growth of possessive individualism has complicated the role of physical solitude as a response to modernity. On the one hand, improvements in consumption and communication have done much to democratize the experience of lone behaviours. On the other, they have kept alive the role of solitude as a critical response to the materialism of the age. Withdrawal from excessive spending and overheated social intercourse has a renewed appeal. However, the institutional means of accommodating and supporting such retreats have lost much of their influence.

In this article: Hitting the Books, hittingthebooks, Polity Press, History of Solitude, David Vincent, A History of Solitude, feature, tomorrow
All products recommended by Engadget are selected by our editorial team, independent of our parent company. Some of our stories include affiliate links. If you buy something through one of these links, we may earn an affiliate commission.