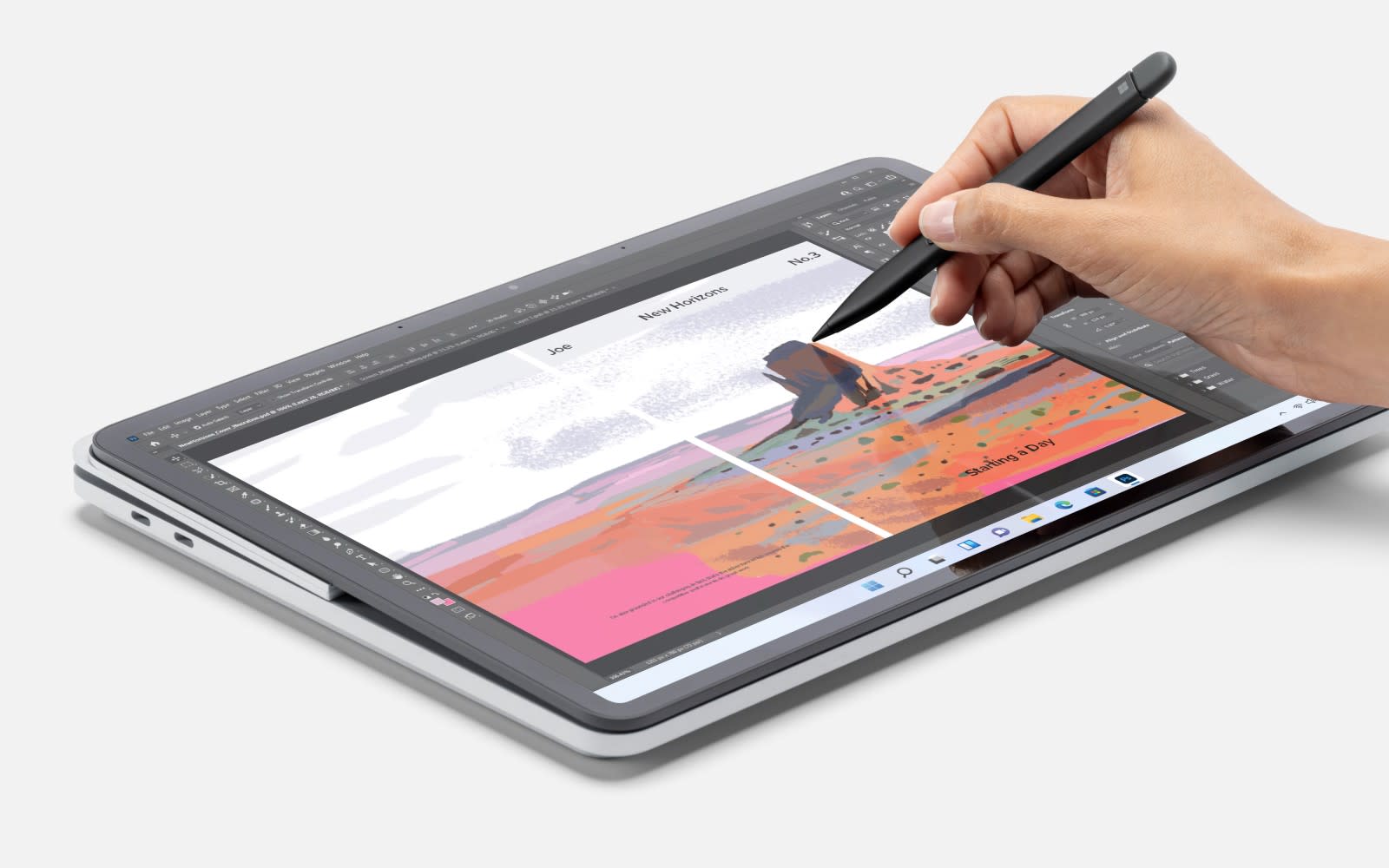 Here’s everything Microsoft announced at its Surface event

New Surface Pro and Surface Go models were only part of the story.

With the release of Windows 11 less than two weeks away, Microsoft held its latest Surface hardware event. The presentation saw the company introduce new versions of mainstay devices like the Surface Pro and Surface Go, in addition to a handful of surprises. Here’s everything Microsoft showed off on Wednesday.

Microsoft announced a massive upgrade for its Surface Duo dual-screen Android device. Most notably, there’s an entirely new triple camera system on the back of the Surface Duo 2 that includes a telephoto lens and two wide-angle lenses. Another nifty new feature is an ambient screen on the device’s hinge to display your notifications and other information. With those upgrades, you can see Microsoft has started thinking of the $1,499.99 Surface Duo 2 as a more of a smartphone than a mere tablet. You can pre-order the Surface Duo 2 today before it becomes officially available on October 21st.

After several years of what felt like incremental updates, Microsoft’s Surface Pro line got a significant upgrade on Wednesday. To name just a few of the features found in the Surface Pro 8, it includes a 13-inch PixelSense display with a 120Hz refresh rate, support for Thunderbolt 4 (finally!) and faster internals courtesy of Intel’s latest 11th-generation processors. Oh, and Microsoft has also shaved down the Surface Pro’s notoriously chunky display bezels. The Surface Pro 8 will start at $1,100 and is available to pre-order today. It goes on sale on October 5th. That’s the same day Windows 11 starts rolling out.

Alongside the Surface Pro 8, Microsoft announced the Slim Pen 2. The $130 stylus includes a haptic motor Microsoft claims makes it feel like you’re putting pen to paper rather than glass. Another new accessory, the Surface Adaptive Kit, bundles together a collection of add-ons that make it easier to find specific keys, locate ports and open your laptop or its kickstand. Lastly, the company made a mouse made from recycled ocean plastic.

Microsoft didn’t update its ARM-based 2-in-1, but what it did do is introduce a new WiFi-only model that will save you $100 off the Surface Pro X’s previous $999 starting price. With the move to Windows 11, support for 64-bit software emulation is coming to the device. You can pre-order the new model today before it arrives in stores on October 5th.

Microsoft’s smallest tablet got an appropriately minor update today. The company’s new Surface Go 3 2-in-1s feature faster processors from Intel. The base model comes with a Pentium Gold 6500Y CPU, up from the 4425Y in Go 2, while the more expensive variants feature 10th-generation Core i3 CPUs. Microsoft claims the latter chip is 60 percent faster than the Core m3 it previously offered with the Go 2. The entire Surface Go 3 family is available to pre-order today, with the base model starting at $400. Like all the other Surface computers Microsoft announced today, it goes on sale on October 5th.

Microsoft saved its most interesting announcement for last. Enter the Surface Laptop Studio, a portable computer that borrows design cues from the company's Surface Studio all-in-one. An included hinge lets you pull the display over the keyboard to make inking and drawing more immersive. Microsoft also claims the Surface Studio is its most powerful notebook yet. The laptop features Intel’s 11th-generation H35 processors and Intel Xe graphics. You can also configure it with NVIDIA’s RTX 3050 Ti GPU. The Surface Laptop Studio is available to pre-order today. It starts at $1,600 and will ship on October 5th.

Follow all of the news from Microsoft's fall Surface event right here.

All products recommended by Engadget are selected by our editorial team, independent of our parent company. Some of our stories include affiliate links. If you buy something through one of these links, we may earn an affiliate commission. All prices are correct at the time of publishing.
View All Comments
Here’s everything Microsoft announced at its Surface event
news
gear
surface pro 8
surface pro x
surface 2021
microsoft
surface go 3
surface laptop studio
personal computing
windows 11
mobile
surface duo 2