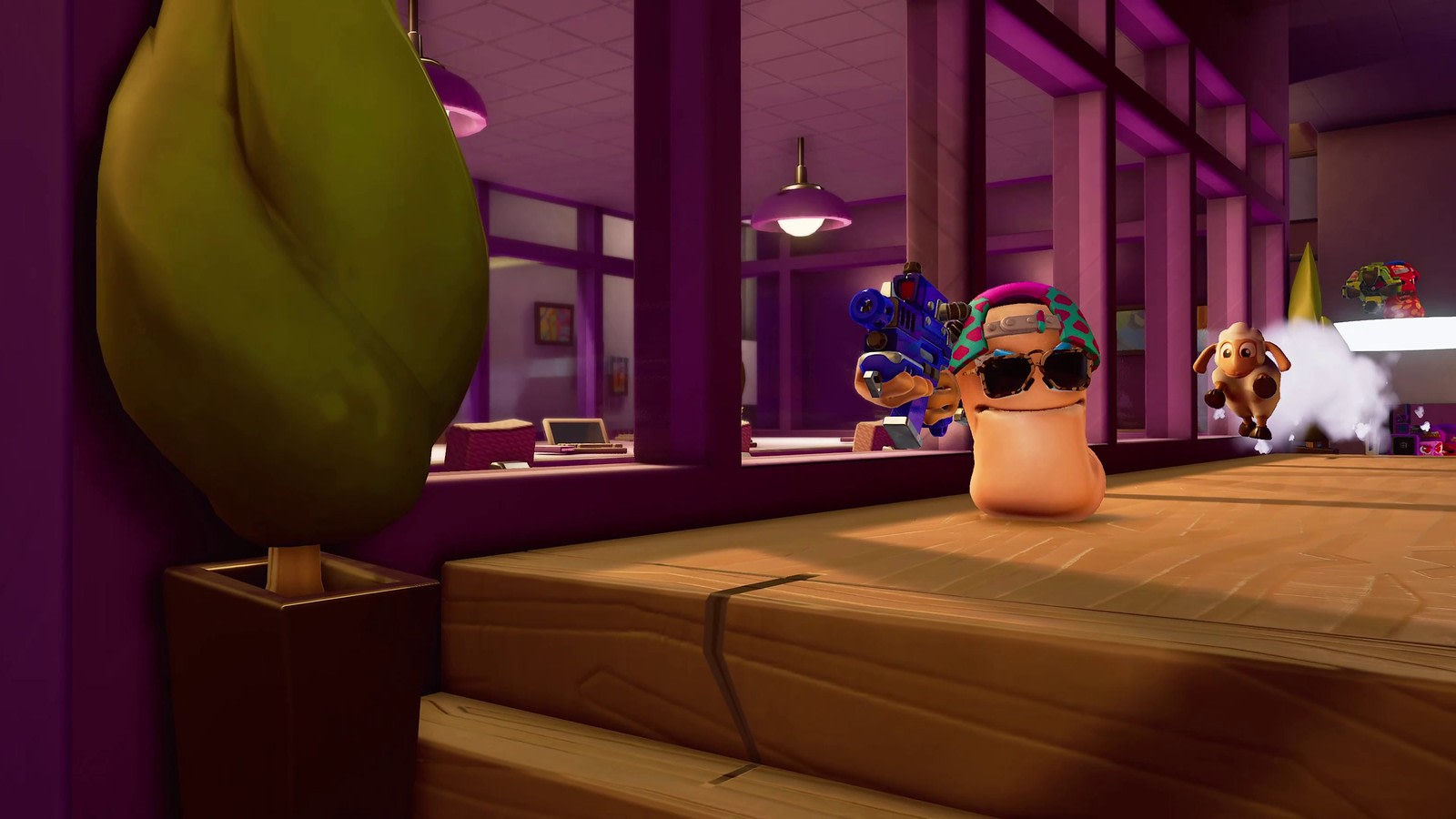 Worms Rumble promises to be a fresh spin on the classic Worms blueprint. Instead of turn-by-turn strategic combat, it plays out in real-time with up to 32 players in battle royale or deathmatch modes. It'll land on Steam, PlayStation 4 and PS5 on December 1st, and PlayStation Plus subscribers will be able to claim it for free until January 4th.

Launching a game on PS Plus has proven pretty successful for some other multiplayer titles, in particular Rocket League and Fall Guys. So there's every chance that Worms Rumble (which has PC cross-play support) could take off too. The nostalgia factor won't hurt its chances either. Given that you'd need a PS Plus membership to play online anyway, it seems a solid inclusion on Sony's list of upcoming free games.

PS Plus members will be able to claim two other titles next month: Just Cause 4 and 3v3 shooter Rocket Arena. In the meantime, you have until November 30th to snag the current PS4 offerings, Hollow Knight: Voidheart Edition and Middle-earth: Shadow of War.

Although Sony recently said "it is our goal to add PS5 games regularly to the monthly games lineup,” there are no free PS5 exclusives this time around. However, PS5 owners can access a horde of PS4 games through the PS Plus Collection. They can also claim the super-charming Bugsnax for free through PS Plus until January 4th.