Private spaceflight makes it to the International Space Station.

Engadget
@engadget
June 1, 2020 7:22 AM
In this article: themorningafter, newsletter, gear

Since our early weekend edition of the Morning After, SpaceX has made it into space. Its second attempt, on Saturday afternoon, marked the first time a commercial aerospace company has transported astronauts off-world. It’s also the first time since the cancellation of the Space Shuttle program in 2011 that astronauts have lifted off from US soil.

Roughly nine minutes after the Falcon 9 took off, the first stage rocket successfully set down on its autonomous sea barge here on Earth, and the Crew Dragon capsule, nicknamed Endeavor, successfully separated from its second stage.

Then, less than 24 hours ago, astronauts Bob Behnken and Doug Hurley docked the capsule with the International Space Station. More on that and the rest of the latest tech headlines, below.

It's another historic milestone in private spaceflight.

The pair emerged from the Crew Dragon capsule at around 1:15 PM ET and were greeted by astronaut Christopher Cassidy and cosmonauts Anatoli Ivanshin and Ivan Vagner. While describing the ride as less smooth than the space shuttle, Hurley said he “couldn’t be happier” about the Crew Dragon’s performance.

The capsule’s solar arrays are rated for 119 days in space, so the astronauts have some time to acclimate to space and the ISS. Continue reading.

It’s a flight of compromises.

A little closer to Earth, Magnix and AeroTEC have flown what they say is the world’s largest all-electric aircraft. Their modified Cessna 208B Grand Caravan, the eCaravan, flew for 30 minutes around Washington state’s Grand County International Airport, using Magnix’s 750HP electric motor instead of the usual turboprop engine.

There are compromises. Batteries consume massive amounts of space and weight, and the current eCaravan could haul just four to five passengers (instead of as many as 14) for a distance of 100 miles. Magnix and AeroTEC hope to eventually carry nine people 100 miles once the technology has advanced, but that won’t happen until after the initial aircraft’s expected certification in 2021. Continue reading.

It’s something to do with color space.

Users have discovered that a landscape photo is “soft-bricking” some Android phones when it’s used as a background. Your phone isn’t completely dead if it happens, but it’ll get stuck in a loop that turns the lock screen on and off, even after a reboot. There are some options, however: You can use safe mode to delete the photo file or use the bootloader to reset the device entirely.

The issue may come down to the color spaces your phone supports and how they’re handled. Dylan Roussel from 9to5Google discovered that the source image uses the RGB color space instead of Android’s preferred sRGB, and Android 10 doesn’t convert it where the Android 11 preview does. Continue reading. 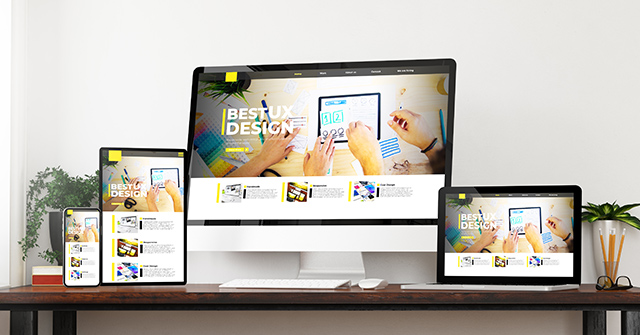 The smart home device is on sale for $40 on Best Buy.

The Lenovo Smart Clock is currently on sale for $40 on Best Buy. That’s down $20 from its $60 retail price, and it’s half of the device’s original $80 price at launch. We gave the smart home device a score of 87 in our review and recommended it for its price, attractive minimalist design, ambient light sensor and sunrise alarm, which slowly brightens, you know, like a sunrise. It’s packed with voice-activated Google Assistant features but focuses mostly on being a clock and being more useful than your smartphone’s alarm. Continue reading.

Microsoft is letting go of dozens of news contractors (about 50 in the US, 27 in the UK) after June 30th, due to a shift to AI news production on MSN. The workers were responsible for choosing, editing and curating stories. Those employed full-time by Microsoft, however, will stay at the company.

In a statement to the Seattle Times, Microsoft said it “evaluate[s] our business on a regular basis,” like most companies, and that this could involve “re-deployment.” It stressed that the contractor job cuts were “not the result of the current pandemic.”

Companies have tapped AI for choosing and even writing news in the past. However, this is a real-world case affecting jobs on a major site. We tested out an AI writer several years ago at Engadget -- but it didn’t quite work. Continue reading.

All products recommended by Engadget are selected by our editorial team, independent of our parent company. Some of our stories include affiliate links. If you buy something through one of these links, we may earn an affiliate commission. All prices are correct at the time of publishing.
View All Comments
The Morning After: SpaceX makes history