The Morning After: Alexa's new 'Drop In' intercom system

Now this is podracing.

Engadget
@engadget
June 2, 2020 7:20 AM
In this article: themorningafter, newsletter, gear

For what is probably the lightest news you’ll read today, Amazon’s new feature for Alexa turns any connected devices into walkie-talkies. While they could already easily send messages from one device to another, now you can ask Alexa to “Drop In Everywhere” and get a live line to all the devices in your house, useful for finding out who wants what on their pizza or getting someone to check for a package at the front door. Just… don’t activate it by accident?

With over 90 percent accuracy.

Researchers have combined biometrics from Oura rings with AI prediction models to detect COVID-19 symptoms up to three days early with, they claim, over 90 percent accuracy. It sounds pretty incredible, but the science isn’t just about wearing a bit of tech on your finger. The project asks participants to track stress, anxiety, memory and other psychological and cognitive biometrics in an app. The Oura ring collects physiological data, like body temperature, heart-rate variability, resting heart rate, respiratory rate and sleep patterns. It combines all of this with prediction models to suggest those that may have the virus, with high levels of accuracy.

The platform is currently being tested by more than 600 healthcare professionals and first responders, and the Rockefeller Neuroscience Institute is working with partners like Thomas Jefferson University and Vanderbilt University to scale the test to include more than 10,000 participants.
Continue reading.

All the gear to make their lives easier (and maybe more fun).

We know that celebrations are hard right now -- hard to pull off and sometimes hard to enjoy -- but we don’t want to forget about our amazing fathers and our equally awesome new graduates. We want to help you do that with our eight guides full of useful and fun gifts for dads and grads.

Our product recommendations run from practical to playful: tools to help new graduates start their “adult” lives, gadgets that can turn dads’ backyards into grilling havens and lots more. Also because we know money is tight across the board, we included gift ideas under $50 for both dads and grads, so you can celebrate your loved ones while sticking to your budget.
Continue reading.

Employees are angry at Zuckerberg’s decision.

Facebook employees are so upset with Mark Zuckerberg’s decision to take no action on Donald Trump’s posts on the social network that they are participating in a “virtual walkout” in a show of protest against the company.

Facebook workers, most of whom are still working from home, are taking the day off and leaving messages that they are “out of the office in a show of protest,” according to a report from The New York Times.

It comes after Zuckerberg announced Friday evening that Trump’s posts, which Twitter said broke its rules regarding “glorification of violence,” didn’t violate Facebook’s standards. Axios later reported that Zuckerberg had spoken to Trump on the phone before announcing the decision. Zuckerberg announced Sunday night that Facebook would make a $10 million donation to “groups working on racial justice.”
Continue reading.

Unlock over 1.5 million icons and graphics for just $50 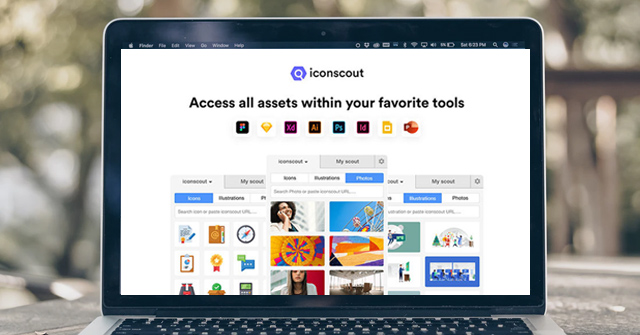 No revised date just yet.

The company has delayed its PS5 event scheduled for later this week, halting plans to share more than an hour of PlayStation 5 game footage from both big and small studios. Other games companies like EA and Activision have followed suit, canceling recent game reveals and events.
Continue reading.

China's FAST telescope will start searching for aliens in September

‘Hardspace: Shipbreaker’ is a puzzle-solving parable