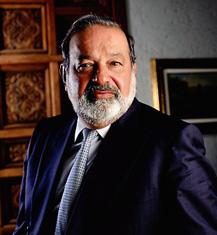 Carlos Slim, who is (debatably) the richest man on the face of the planet, has recently pledged to do some good with all that fundage, and we'd say that donating "250,000 low-cost laptops to children by the end of the year and as many as one million in 2008" is a fine start. Noting "digital education" as the key for turning much of Mexico around, he is aiming to "initially put the laptops in libraries and schools" and hand them out to students afterwards. Moreover, he suggested that his company (Telmex) would be there to help set up wireless networks for the machines to connect to, and as if these plans were enormous enough, he's also looking to establish "early stimulation" preschools within four years to give "poor children training at a young age in math, language, and computers."

In this article: carlos slim, CarlosSlim, children, education, learning, mexico, olpc, plegde, school, teaching
All products recommended by Engadget are selected by our editorial team, independent of our parent company. Some of our stories include affiliate links. If you buy something through one of these links, we may earn an affiliate commission.
Share
Tweet
Share