Vertu's new Constellation is its second Android phone, and you still can't afford it 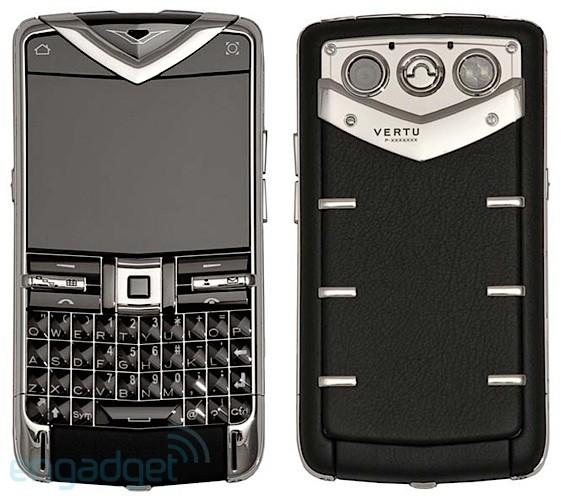 Ah, Vertu, where would we be without you? Richer, to be sure, but so very bored. Vertu's QWERTY-packing Constellation Quest has just gotten the FCC's stamp of approval, and in addition to the typical beauty shots the FCC includes, there's also a detailed manual that shows the phone to be running some heavily skinned version of Symbian. The phone has HSDPA data and WiFi, and Vertu is even packing along a 32GB microSD card. There's still plenty we don't know about the phone, like when it will hit stores and how many arms and legs it will cost, but for now we're just happy to have "cray Uncle Vertu" around for the party.

Gallery: Vertu Constellation Quest shows up at the FCC | 16 Photos