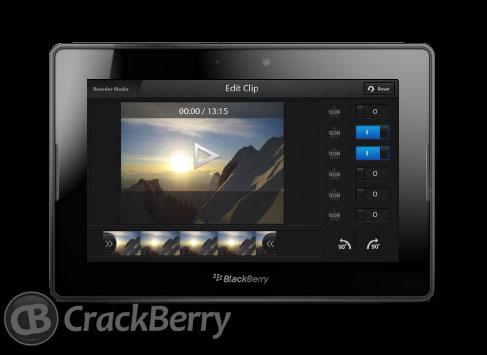 The BlackBerry 10 Dev Alpha we wrapped our mitts around last week didn't tell us much about RIM's big QNX-based OS update (being loaded with PlayBook OS 2.0 and all), but Crackberry forum user Biggulpseh seemingly has the deets that the folks in Waterloo weren't ready to reveal. So-called internal documents reportedly detail a tilt-sensitive lock screen that pushes notifications to the user based on the device's movement (called "cinnamon toast"), a screen-sharing ability to ramp up the productivity of video calls and a robust video editor resulting from RIM's acquisition of JayCut last year. Biggulpseh says the images come from a "trusted source," and are part of a document that outlines upcoming features for the benefit of the firm's employees. Ready to dive in and let your imagination run wild? Hit the source links below, just don't forget your saliferous spices.