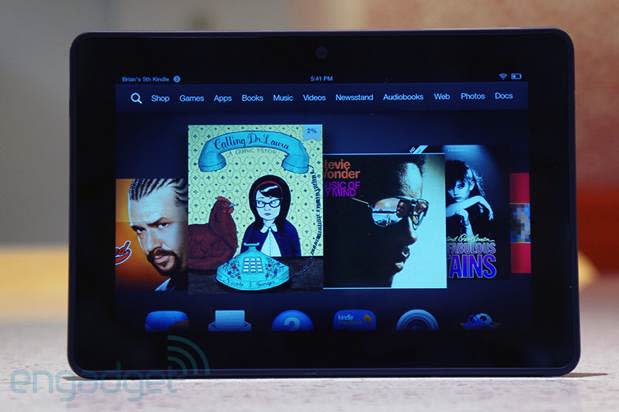 It's a good day for you, mates from down under -- or at least for those with a hankering for Amazon's Kindle devices. The e-commerce giant is bringing the Kindle Fire HD and HDX to Australia, following the Paperwhite's release in the country. As things often go in the continent, the devices cost a bit more than their counterparts in the US: the Kindle Fire HD, which is now available at retailers Dick Smith and Big W, sells at AU$189 (US$176). The 7-inch Fire HDX will arrive on November 26th, with its most basic model priced at AU$329 (US$306), while the 8.9-inch HDX will land on December 10th and begins at AU$479 (US$445). In addition to its tablets, Amazon's also launched the Australian Kindle Store curated especially for the country's audience, which features works from local authors and publishers. Finally, Kindle Direct Publishing is now active on the Amazon AU site, enabling indie authors to sell their work in the land of kangaroos, koalas and Chris Hemsworth.

In this article: amazon, australia, KindleFire, KindleFireHd, KindleFireHdx, KindleStore
All products recommended by Engadget are selected by our editorial team, independent of our parent company. Some of our stories include affiliate links. If you buy something through one of these links, we may earn an affiliate commission.