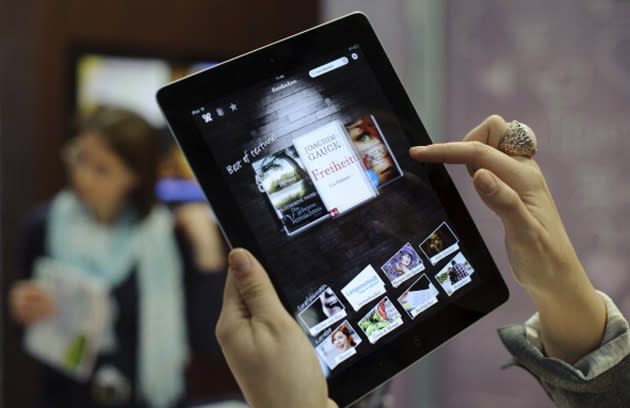 Brick-and-mortar book stores have clearly been on the decline for a while -- just look at Barnes & Noble's rocky finances. However, there's now some tangible evidence that the pendulum has swung in favor of internet-based sales. BookStats estimates that US publishers made more money from online orders and e-books in 2013 ($7.54 billion) than they did from old-fashioned physical retail ($7.12 billion). While the difference isn't huge, it suggests that a large chunk of the American population is content with buying books that it hasn't seen in person.

There is a bit of a dark cloud to this silver lining, at least for the booksellers. BookStats notes that e-book sales jumped about 10 percent to 512.7 million copies, but revenue was flat between 2012 and 2013; it may have been lower prices that triggered a surge in demand, not a renewed interest in going digital. With that said, researchers warn that their data doesn't include books without ISBN numbers, so quite a few self-published e-books may have slipped through the cracks. Even with that wiggle room in the data, it's evident that there's a transition underway -- you just shouldn't expect to see the corner bookstore disappear overnight.

In this article: books, bookstats, e book, e books, e reader, e readers, e-book, e-books, e-commerce, e-reader, e-readers, internet, reading, retail, shopping
All products recommended by Engadget are selected by our editorial team, independent of our parent company. Some of our stories include affiliate links. If you buy something through one of these links, we may earn an affiliate commission.