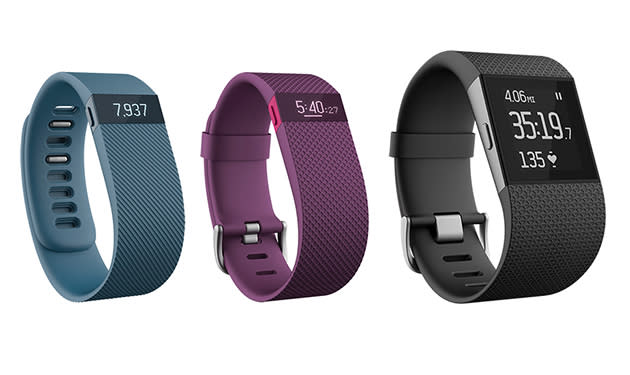 Fitbit is no stranger to customer complaints, especially when it comes to skin issues. After dealing with a wave of criticism, and subsequent recall, of its Force activity tracker last year, the company recently introduced a trio of new gadgets. Well, early adopters are already crying foul with reports of irritation after using the Fitbit Charge. The company offered an explanation, maintaining that it remedied the issue that plagued the Force by using new materials to construct the products. "We have conducted extensive testing with laboratories and consulted with top dermatologists to develop stringent standards so that users can safely wear and enjoy Charge," says CEO and co-founder James Park. So what's the cause of the issue this time? It turns out that it boils down to good habits and proper hygiene.

If you'll recall, a dermatologist we spoke with last year cited skin irritation due to the build up of moisture (water, sweat, etc.) and the resulting bacterial growth as a common issue with watchbands, rings and the like. "The reactions we are seeing with Charge are not uncommon with jewelry or wearable devices that stay in contact with the skin for extended periods," Park explains. Fitbit says that it received only a handful of complaints from the "over hundred thousand" devices sold so far. The company recommends that you keep the Charge (and any wearable, really) clean and dry, wearing it loosely on your wrist and giving your skin a break from time to time. Of course, gadgets that feature heart-rate tracking need to fit snug, so you'll want to loosen those after a workout. For now, it seems the reported issues with the new tracker are minimal and unrelated to its materials, but you can rest assured we're keeping an eye on the matter just in case. You can read the full response from Park below.

Thank you for your inquiry. We have received a very limited number of reports from consumers who have experienced skin irritations from wearing Fitbit Charge and can assure you that these are very different from Force.

It's important to know that Fitbit's top priority in developing its new products was to eliminate the issues we had with Force. While Force's housing and band were held together with adhesive, which was determined to be the cause of nearly all allergic reactions, Charge's housing and band are held together with screws, completely eliminating the potential for any adhesive to contact the skin. We have conducted extensive testing with laboratories and consulted with top dermatologists to develop stringent standards so that users can safely wear and enjoy Charge, and we have worked to ensure that Charge meets those stringent standards.

The reported cases represent just a few of the over hundred thousand sold and they differ greatly from what we saw with Force.

The reactions we are seeing with Charge are not uncommon with jewelry or wearable devices that stay in contact with the skin for extended periods. According to our consulting dermatologists, they are likely from sweat, water, or soap being held against the skin under the device, or from pressure or friction against the skin and should resolve quickly when users take a break from the device, usually within hours or days.

We are encouraging anyone wearing an activity tracking wristband, regardless of the brand, to follow four key elements for maximum enjoyment: keep it clean, keep it dry, keep it loose, and give your wrist a break. We recommend wearing the band loosely enough that it can move back and forth on your wrist. We have developed guidelines for our products with our team of dermatologists to educate the public on how they should wear and care for their device and keep their skin happy. These guidelines are available at www.fitbit.com/productcare.

We continue to monitor this issue, as it impacts all companies that make products worn next to the skin, particularly the wearables industry as people tend to wear devices for long periods without giving their skin a break.

In this article: charge, fitbit, fitbitcharge, skinirritation, wearable, wearables
All products recommended by Engadget are selected by our editorial team, independent of our parent company. Some of our stories include affiliate links. If you buy something through one of these links, we may earn an affiliate commission.