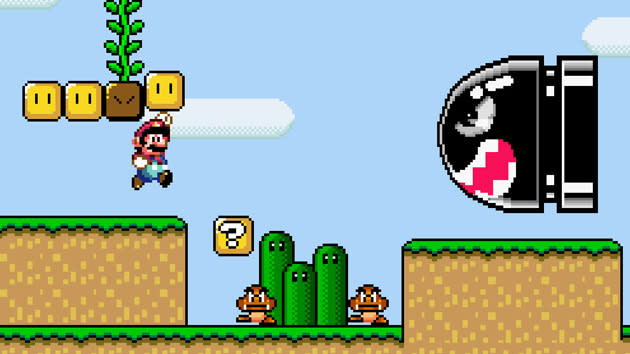 It goes without saying that Super Mario World is unrealistic, but have you wondered just how outlandish it is? PBS has. The broadcaster's Space Time show recently went out of its way to calculate the gravity of the game's planet based on Mario's jumps, and it turns out to be nearly eight times that of Earth. That's a figure that you don't even find on gas giants like Jupiter, and it's only feasible on stars. Moreover, Nintendo's plumber would need both superhuman strength to jump as high as he does as well as non-human blood -- the liquid would be so heavy that a heart couldn't pump it properly. Mario doesn't so much have his own world as his own universe, since there's no way that he or his environment could exist based on our understanding of physics.

In this article: games, gaming, gravity, nintendo, pbs, physics, science, supermario, supermariobros, supermarioworld, video, videogames
All products recommended by Engadget are selected by our editorial team, independent of our parent company. Some of our stories include affiliate links. If you buy something through one of these links, we may earn an affiliate commission.