Grubhub and Seamless will deliver Shake Shack across the US

Now it's easy to order food in Google Assistant, Search and Maps 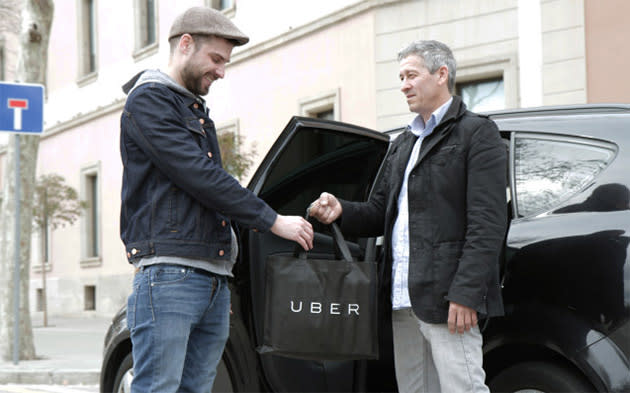 Uber still can't operate as a car-hailing service in Spain after being banned last year, but there's apparently no stopping it from bringing its other offerings into the country. So, the company has launched an on-demand food delivery service in Barcelona called UberEats, which brings customers meals from local restaurants within around 10 minutes. Sound familiar? That's because it's better known as "UberFresh" stateside... or at least in Beverly Hills and Los Angeles, where it's available. Uber is working with Barcelona food guide website Plateselector to create a meal rotation, and everyday it's drivers' cars are stocked with packaged food for delivery.

Each meal costs around €10 ($11) with a €2.50 ($3) delivery charge on top: all a customer needs to do to order is fire up the Uber app and choose the Eats icon. You will need to update your app if you're in Barcelona and would like to try it out, though, since a judge ordered telecoms in the country to block access to it. While the carriers complied, Uber rolled out an update that routes connections through a different address, giving the city's residents a way to order food during lazy Sunday mornings.

In this article: FoodDelivery, spain, uber
All products recommended by Engadget are selected by our editorial team, independent of our parent company. Some of our stories include affiliate links. If you buy something through one of these links, we may earn an affiliate commission.