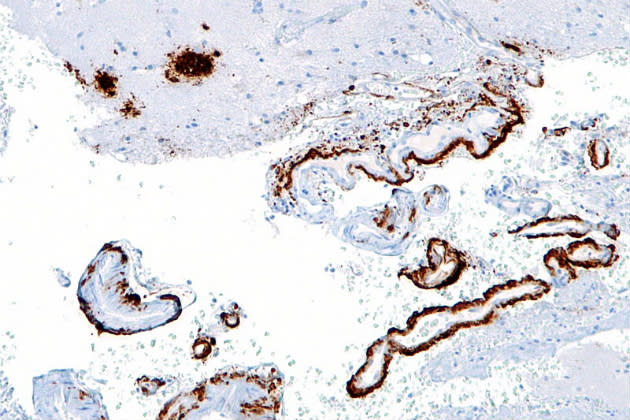 Alzheimer's is a degenerative disease often characterized by severe memory loss, and even though it affects more than 5 million people in the United States (with an uptick expected as the Baby Boomer generation ages), it remains notoriously difficult to treat. The University of Queensland reports an Australian research team recently took an encouraging step toward possible treatment by sending ultrasound waves at the brains of mice with Alzheimer's. In 75 percent of the mice, the waves broke up clusters of an amyloid beta plaque that contributes to the disease's progression, and these mice performed better on subsequent memory and spatial recognition tests.

Generally, in the brains of Alzheimer's patients, this amyloid beta peptide builds up and blocks communication between cells; the ultrasound waves appear to stimulate microglia cells, which attack unwanted things in the brain -- including the plaque. The Australian team plans on testing the ultrasound treatment on sheep with Alzheimer's, before progressing to human trials.

Alzheimer's remains largely mysterious, but the veil is slowly lifting -- researchers are hopeful that there will be a treatment or even (knock on wood) a cure in the coming years, spurred by more precise imaging techniques, emerging ways to catch the disease early and a better understanding of how it works. Alzheimer's recently claimed the life of Sir Terry Pratchett, author of the Discworld series and an all-around brilliant, witty writer. In a statement about Pratchett's passing, his publisher included a link to help raise money for Alzheimer's research charity RICE.

In this article: alzheimers, AlzheimersDisease, brain, medicine, mice, research
All products recommended by Engadget are selected by our editorial team, independent of our parent company. Some of our stories include affiliate links. If you buy something through one of these links, we may earn an affiliate commission.