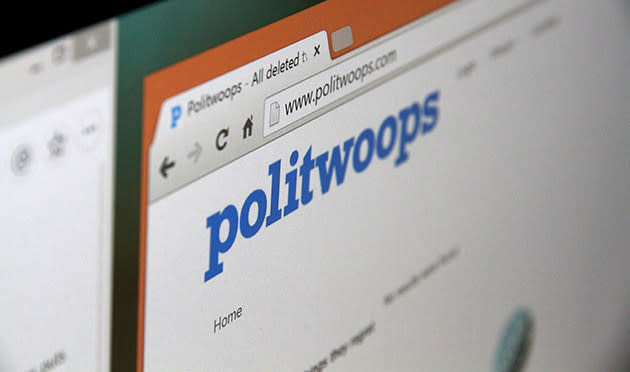 Politwoops -- a database of tweets US lawmakers would rather you forget -- has been banished by Twitter for violating its terms of service. The Sunlight Foundation, which created the site (and still operates an EU version) recently tweeted that "Twitter (has)... decided to kill Politwoops. We're sad we're losing this public record of deleted tweets." The site has been tracking politicians since 2012, and occasionally surfaced controversial messages and images that were later retracted. Despite that, many political figures actually praised the site for bringing greater transparency to Washington.

Politwoops stopped surfacing tweets two weeks ago, and posted a blog last week calling on Twitter to restore its API access. However, Twitter decided to cut it off permanently yesterday, calling it a privacy issue. "We strongly support Sunlight's mission of increasing transparency in politics... but preserving deleted Tweets violates our developer agreement." An individual claiming to be a Twitter employee told Gawker that until recently, the social network was considering a "quiet reversal" of the decision. However, it reportedly wound up "digging in" so as not to create a snowball effect of developers wanting exceptions.

In this article: deleted tweets, politicians, Politwoops, Tweets, Twitter
All products recommended by Engadget are selected by our editorial team, independent of our parent company. Some of our stories include affiliate links. If you buy something through one of these links, we may earn an affiliate commission.