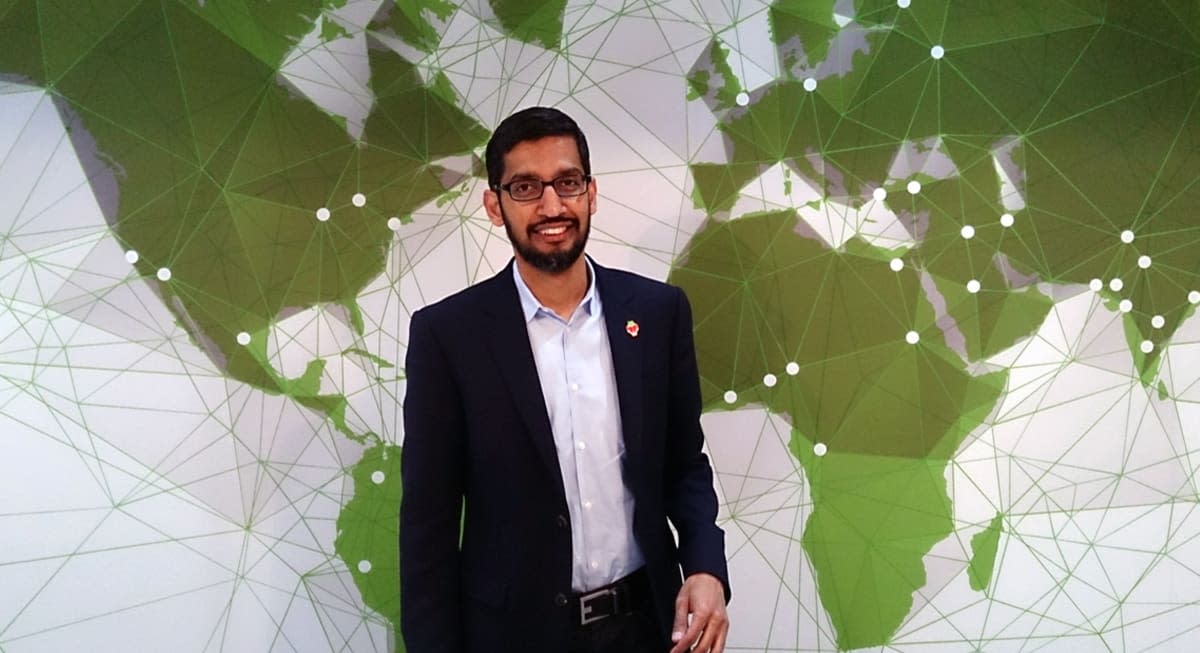 Sundar Pichai must have gotten used to his shiny, new CEO seat, because according to Recode, he's just announced the first exec shuffling under his leadership. By the looks of things, a number of Googlers are celebrating their promotions at the moment, one of the biggest winners being Hiroshi Lockheimer, who used to be the Android division's VP. While he's been overseeing Chrome OS' development and Android's expansion into cars and wearables since last year, he's now officially the Senior Vice President handling Android, Chrome and Chromecast. Android VP Dave Burke, on the other hand, has taken up more leader-level engineering duties.

In the ads department, Mountain View's display and video advertisement division has a new SVP in Neal Mohan. He's been involved with Google's videos and YouTube business since it acquired his company DoubleClick in 2007. Recode says Mohan is an in-demand advertising exec and was almost poached by Twitter and Dropbox on separate occasions. He and Phillip Schindler, another ads VP who's now the SVP of Global Sales and Operations, are now responsible for expanding Google's display and video businesses in the face of growing competition.

In this article: Android, Chrome, DaveBurke, google, HiroshiLockheimer, NealMohan, SundarPichai
All products recommended by Engadget are selected by our editorial team, independent of our parent company. Some of our stories include affiliate links. If you buy something through one of these links, we may earn an affiliate commission.