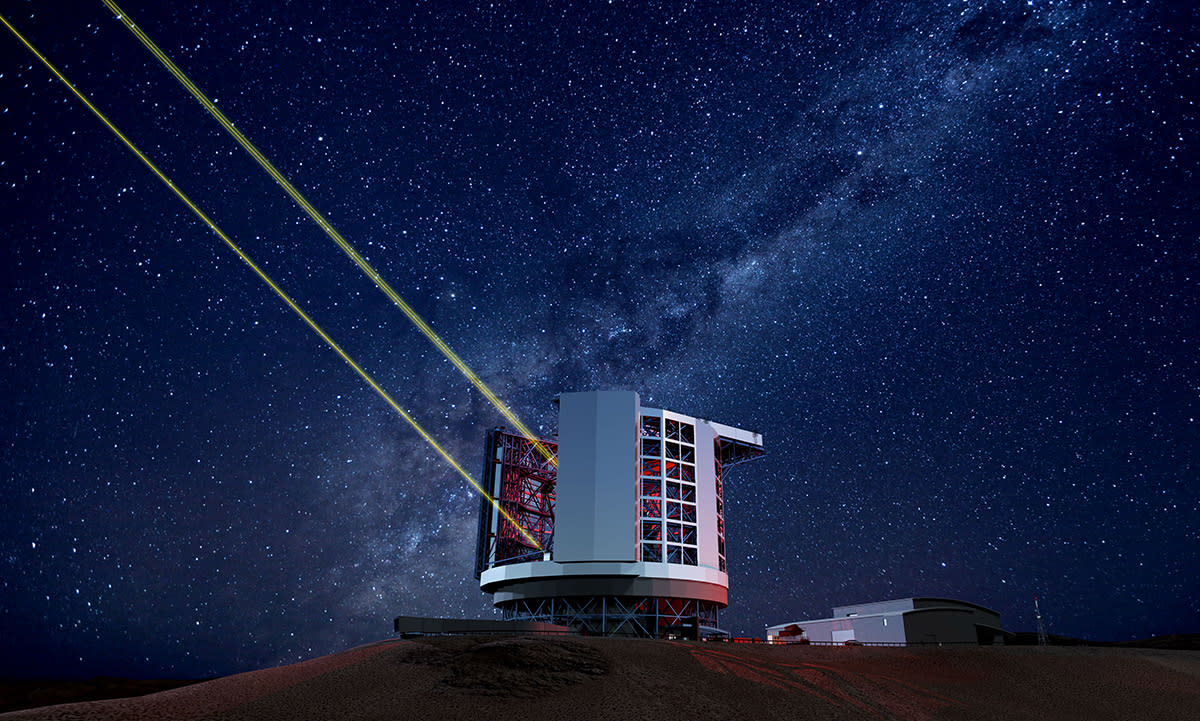 A groundbreaking ceremony on top of a mountain in the Chilean Andes on Wednesday has signaled the beginning of Giant Magellan Telescope's construction. Three years after blowing up the peak where the structure will be built, the GMT Organization's Board of Directors has finally given its builders the go-signal. It can afford to do so now that the US, Australia, Brazil and Korea have committed $500 million to the project. According to Ars Technica, bulldozers have moved in to level a road that goes up to GMT's location at Carnegie Institution's Las Campanas Observatory -- which also serves as home to other telescopes, including the smaller Magellans -- as soon as the ceremony was done.

The Giant Magellan's main mirror will be 80 feet in diameter and made up of seven primary segments. One's already been polished to an accuracy of one millionth of an inch, and the next three are already in progress. The organization hopes to begin using the telescope with those four mirrors as soon as 2021. GMT is merely one of the new breed of supersized telescopes being built here on Earth, and just like Europe's Extremely Large Telescope and Hawaii's Thirty-Meter Telescope, it will be able to peer deeper into space, helping astronomers solve its mysteries.

In this article: chile, giantmagellantelescope, space
All products recommended by Engadget are selected by our editorial team, independent of our parent company. Some of our stories include affiliate links. If you buy something through one of these links, we may earn an affiliate commission.