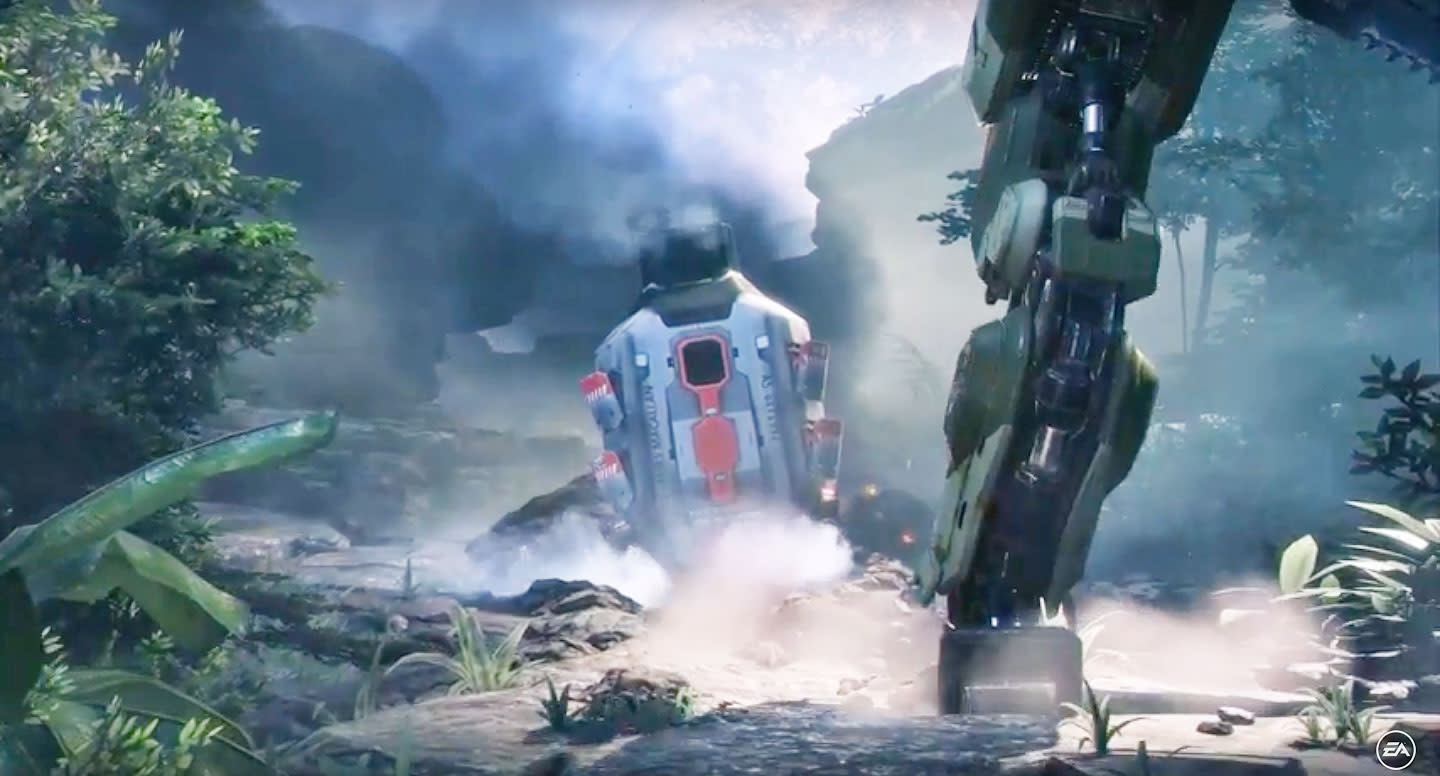 PlayStation Europe dropped the first teaser trailer for Titanfall 2 on Twitter Monday. Titanfall 1 was the Xbox One's marquee exclusive when it launched shortly after console's debut back in 2013, which makes the sequel landing on its rival platform all the more intriguing. And given Microsoft's recent agreement with Sony to allow cross-platform multiplayer, this could portend some very cool online matches that exceed the original's 6v6 player limit. There's no word on when Titanfall 2 will actually be released, however PS Europe says the game's gameplay trailer will be go live on June 12th.

In this article: av, gaming, microsoft, titanfall, titanfall2
All products recommended by Engadget are selected by our editorial team, independent of our parent company. Some of our stories include affiliate links. If you buy something through one of these links, we may earn an affiliate commission.