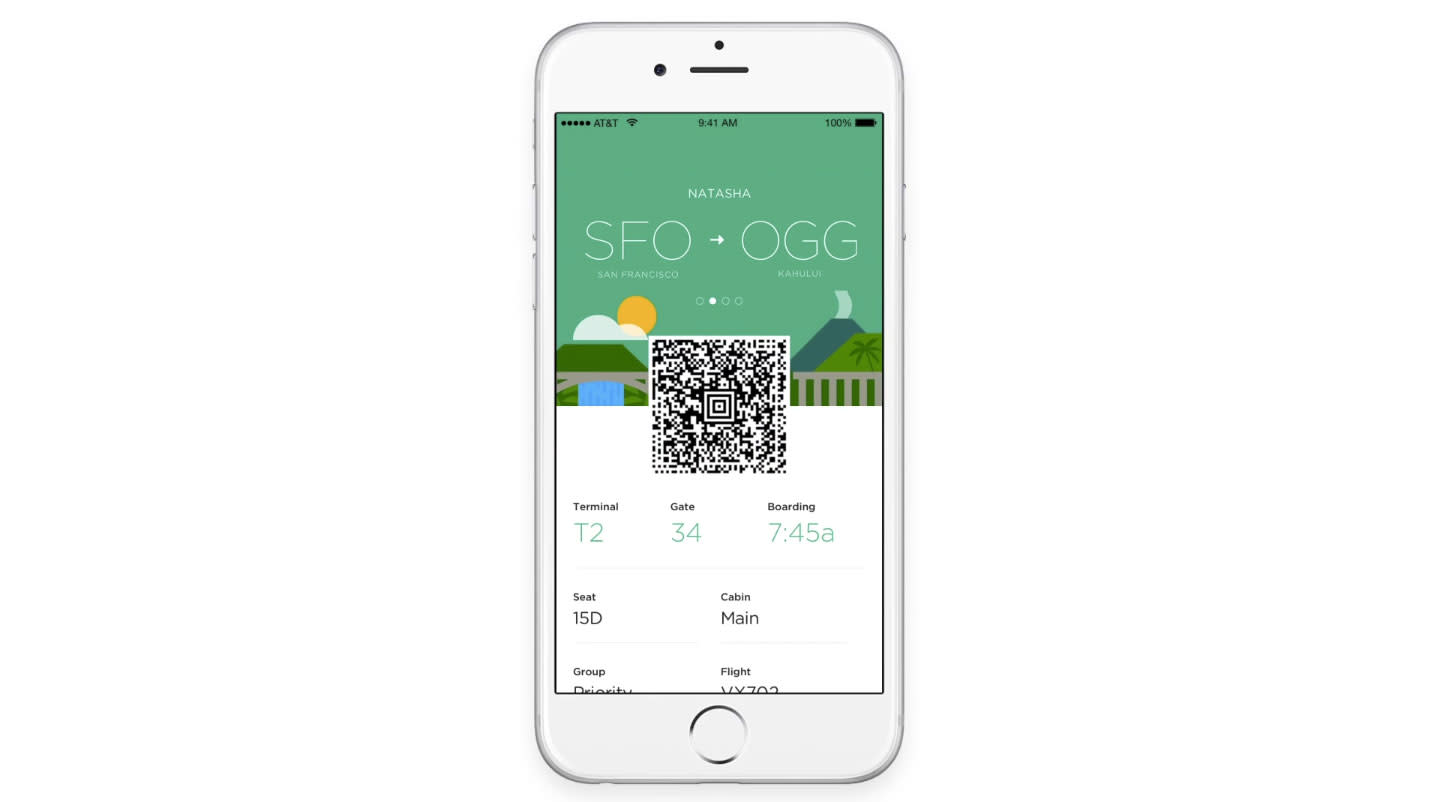 Virgin America revealed a major overhaul to its website back in 2014, and now it finally has an app for Android and iOS. As you might expect, the retooled mobile software has a similar look and feel to the web portal, but you can use it to book flights, manage upgrades and access boarding passes on the go. There's a lot more playful illustration than you've seen in other airline apps, consistent with the approach Virgin takes to air travel. What's more, there's Spotify integration as well, offering an easy way to play music during your trip.

In fact, Virgin America is calling the partnership a "first-of-its kind trip soundtrack mobile feature on an airline app." How does it work? Well, once you check in, you can stream one of Spotify's "Mood Lists" that are inspired by cities around the world. Users will be privy to a playlist that's based on their destination, so in theory you'll get a new mix of songs for each leg of your journey. If that sounds familiar, the streaming service recently revealed an Out of Office playlist tool that also compiles a collection of tracks inspired by where you're traveling that can be used in those automatic email responses. The collaboration isn't too surprising though, since flyers can already stream music from Spotify during Virgin flights.

While the new Virgin America app isn't ready for the masses, select Elevate members and other frequent flyers will be privy to a beta test "in the coming weeks." If you didn't get an invite to the test phase, you can sign up here to try and get in. Don't mind waiting a little longer? The airline says both the Android and iOS versions of the app are slated to launch "later this summer."

In this article: app, artravel, flight, gear, music, playlist, software, spotify, transportation, travel, update, virginaamerica
All products recommended by Engadget are selected by our editorial team, independent of our parent company. Some of our stories include affiliate links. If you buy something through one of these links, we may earn an affiliate commission.