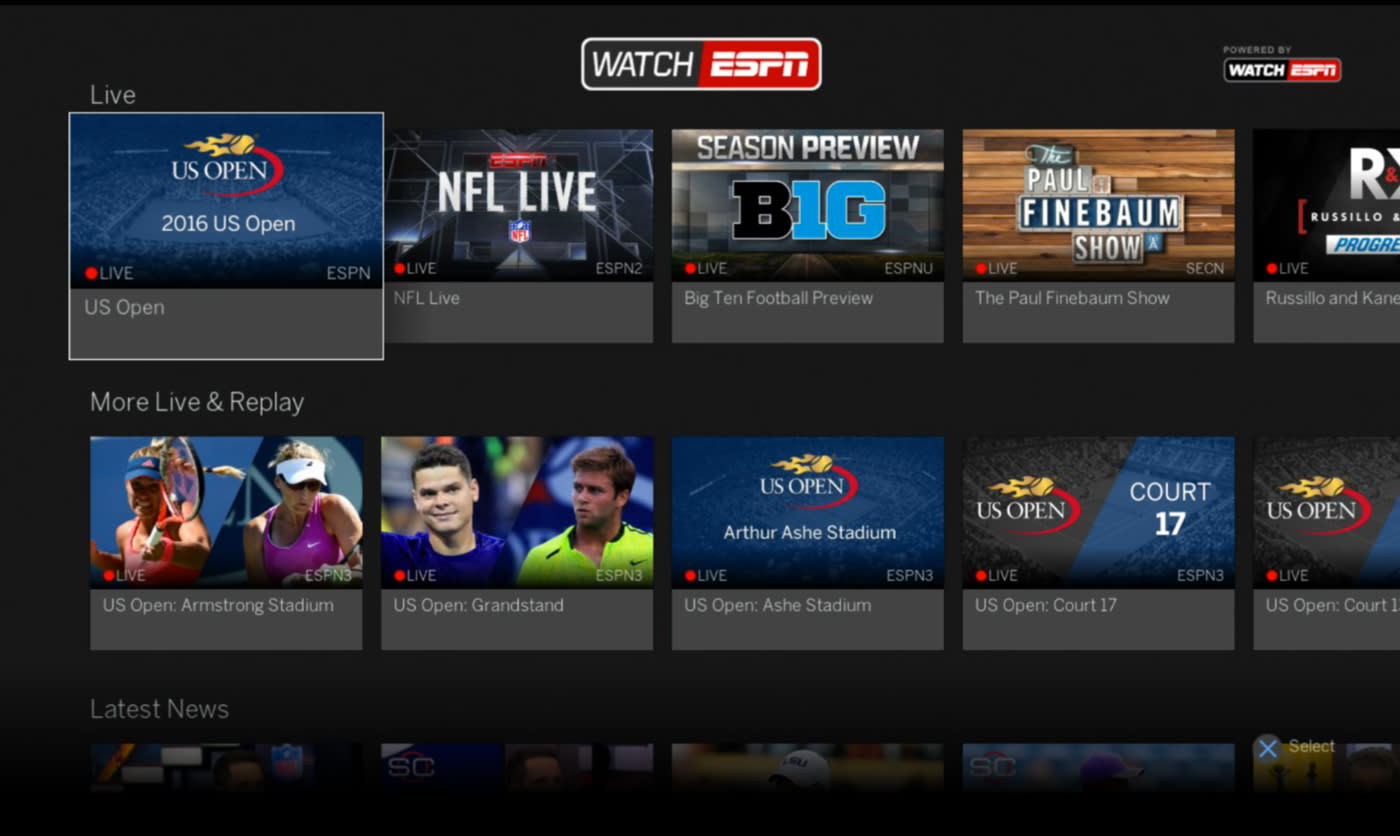 Rejoice, sports and console gaming fans: ESPN's self-titled streaming app WatchESPN is now available on the PlayStation 4. According to the network, subscribers can now access ESPN's live and on-demand content on every major streaming device, and non-subscribers can use the app to browse short-form clips and highlights. So now you can switch between a heated game of Call of Duty and the drone racing championships without putting down your DualShock 4.

"Gaming consoles have historically attracted significant engagement in minutes consumed for WatchESPN," ESPN/Disney Senio VP Sean Breen said in a statement, "and with today's launch, the app increases its distribution footprint to reach fans on the most widely adopted platforms."

Unfortunately for cord-cutters, users will still need a cable subscription to access the majority of ESPN's streaming content, but those with an authenticated subscription will have access to all of ESPN's subsidiaries including ESPNEWS, ESPN Deportes, SEC Network, ESPN Goal Line and more.

While WatchESPN is also available for computers, smartphones and tablets, users on older PlayStation consoles will have to wait a bit longer for a PS3 version of the app. That said, ESPN promises it will arrive "in time for the remainder of the college football season."

In this article: av, entertainment, espn, internet, playstation4, ps4, services, sony, sports, WatchESPN
All products recommended by Engadget are selected by our editorial team, independent of our parent company. Some of our stories include affiliate links. If you buy something through one of these links, we may earn an affiliate commission.