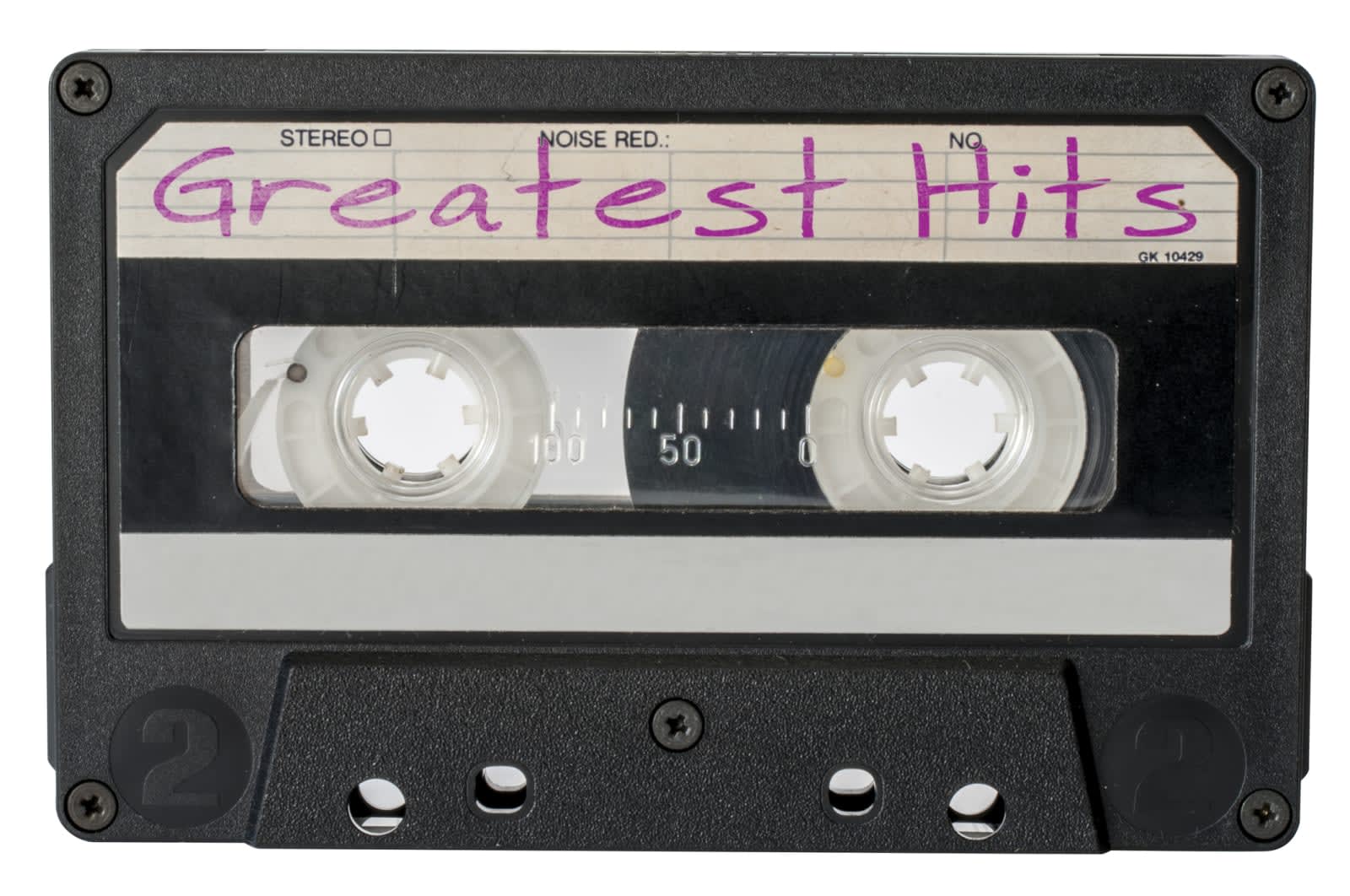 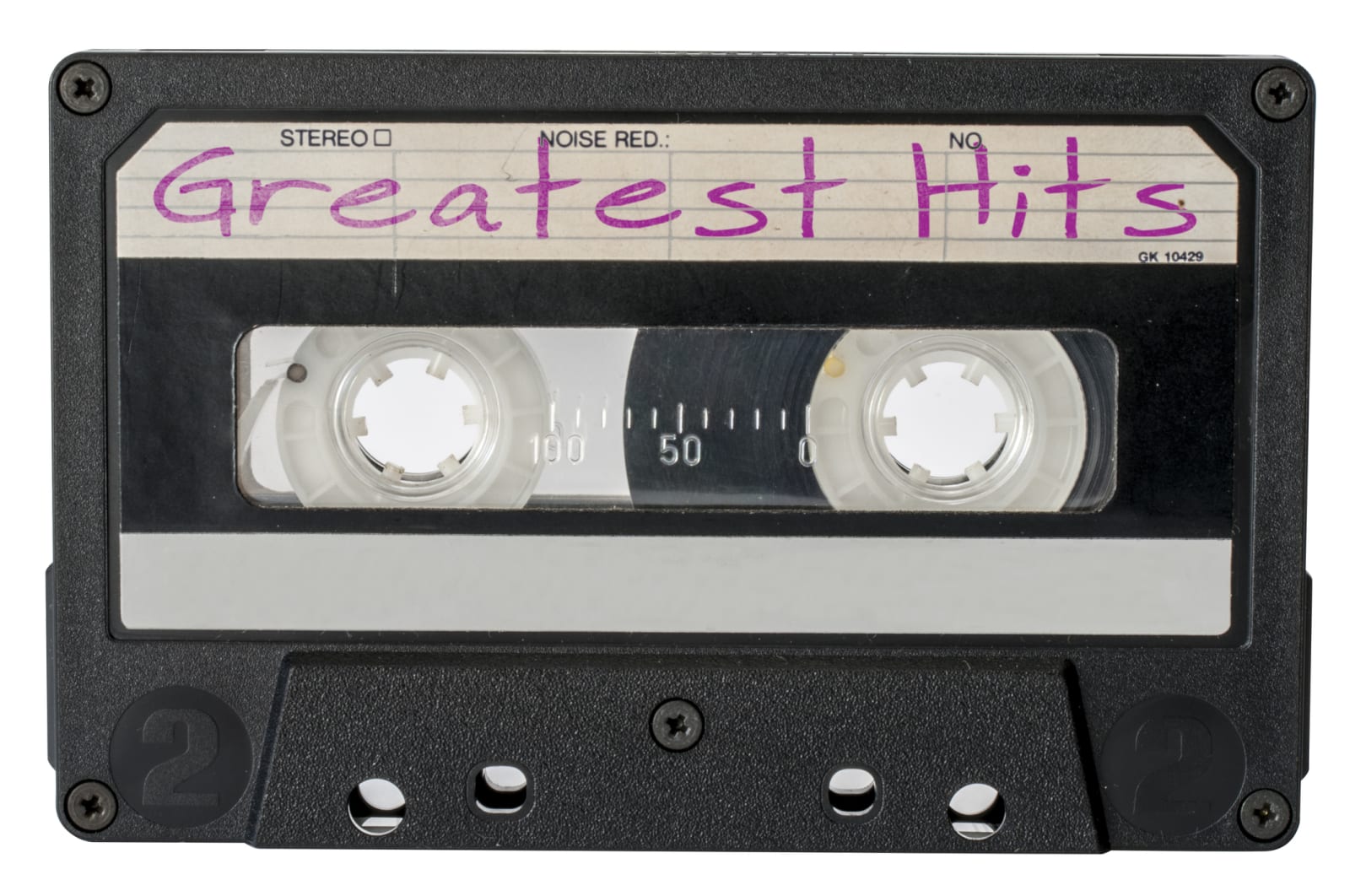 We'll come right out and say it: 2016 wasn't the greatest year by any standards. In particular, divisive politics and celebrity death seemed to cast a long shadow over the last 12 months. There was the occasional ray of light poking through the clouds though. Especially in technology, which is what brings us all together here at Engadget. Over the last year, we've tried to bring you as many of those uplifting stories (even if they are bittersweet) as possible, to provide a little respite from 2016's emotional hailstorm. Here you'll find what Engadget's staff thinks are some of the best picks from the year. In the meantime, we'll see you in 2017!

That Dragon, Cancer and shooting the "enemy"

The Engadget team has published a lot of great work this year. I've had the pleasure of editing everything from ambitious 4,000 word features, to clever 500 word editorials, but only one story has ever actually brought tears to my eyes. So, for that Aaron, thank you (I think). I'll never forget how hard it is to edit 10 point font on a laptop while crying.

Movies and TV have a long history of painting Muslims (and in particular Arab Muslims) with a broad, unflattering brush. Not surprisingly, video games have fallen into the same sad routine. But games might prove even more problematic, since it asks people to become active participants, rather than just observers. As developer Rami Ismail pointed out to Nicole Lee, "That's Call of Duty, over and over. Shoot all the Arabs... Muslim blood is the cheapest in the world." 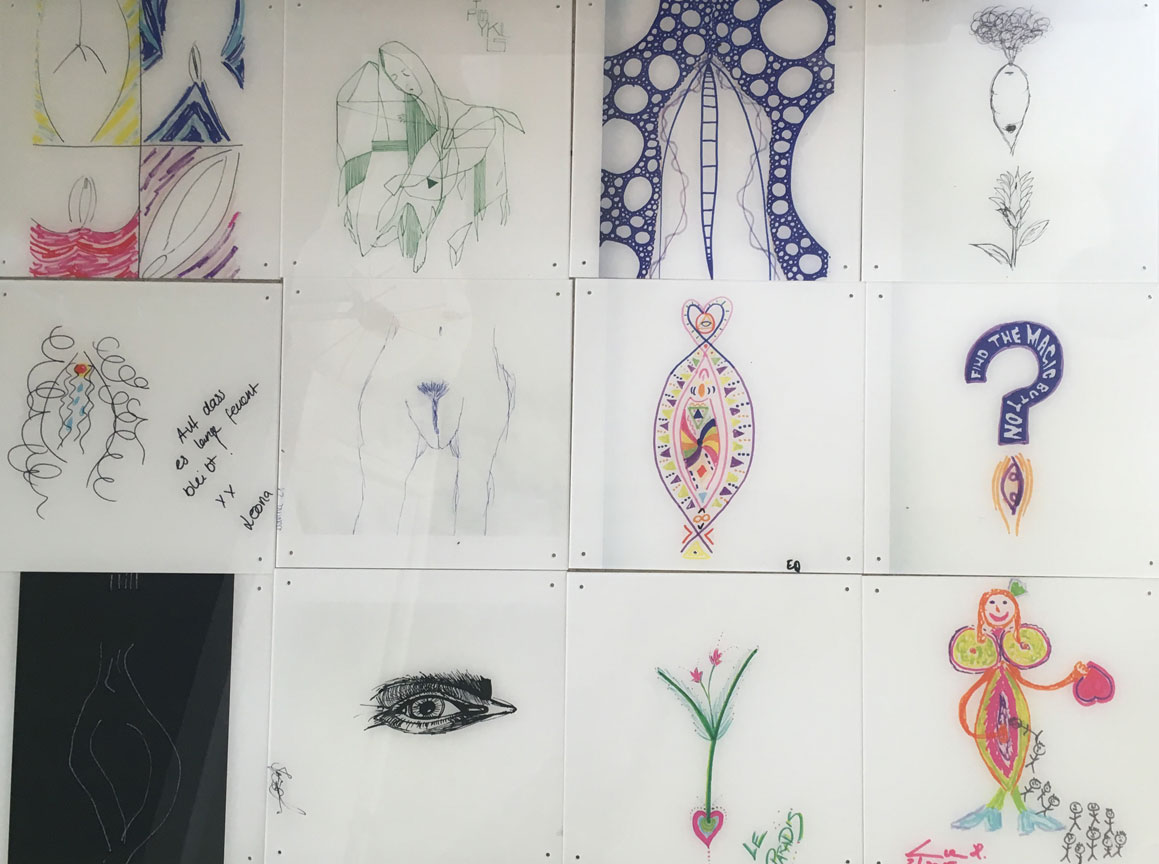 When we think about how technology impacts our lives, it's easy to focus on the convenience it brings. In 2016, we can order room service with a voice command, or frolic on the beach (or is it run for our lives?) while a drone takes our holiday snaps. It's certainly an amazing time to be alive. The real impact of technology, for me, though, is when it shines a light on the darker corners of the human condition. 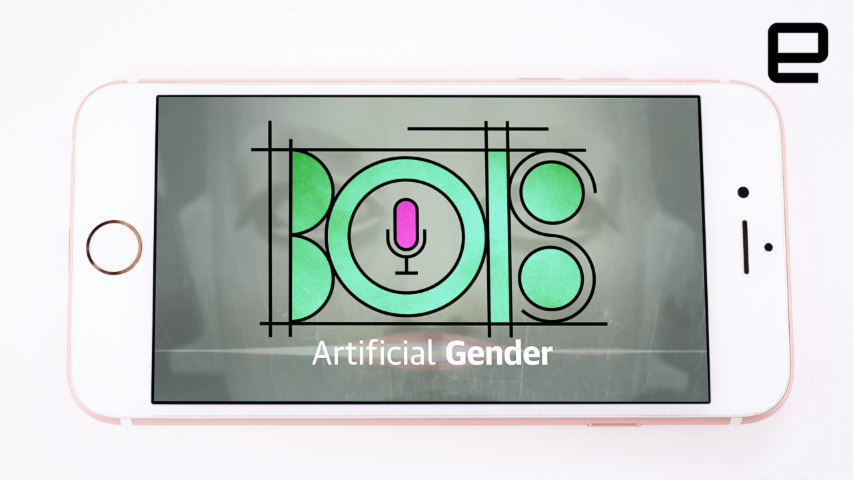 AI is genderless, until it isn't

This year, as part of our AI Week, we dug into why so many of our gadgets' "personalities" skew female, and how that could harm society; something that ended up being very eye-opening. From Cortana developers to proud feminists who abhor calling AI "she," we learned a lot about gender, and its representation in technology.

I personally was also touched by the "Superhumans" video series showing the people who suffered debilitating injuries and are fighting to get fuller lives back with exoskeleton suits and the like. Engadget's series following some of them at the first International Cyborg competition is a shining example of what can be achieved when technology is used to meaningfully improve people's lives.

The future is sexy

Back in 2015, I was fortunate (or unfortunate) enough to try out Kiiroo's teledildonic sex kit that enables you to have sex across the internet. I found it quite underwhelming when I tried to make an electronic bedroom dance with my wife. I was delighted -- and a little gobsmacked -- to read my boss follow in my footsteps, albeit with a slight twist. 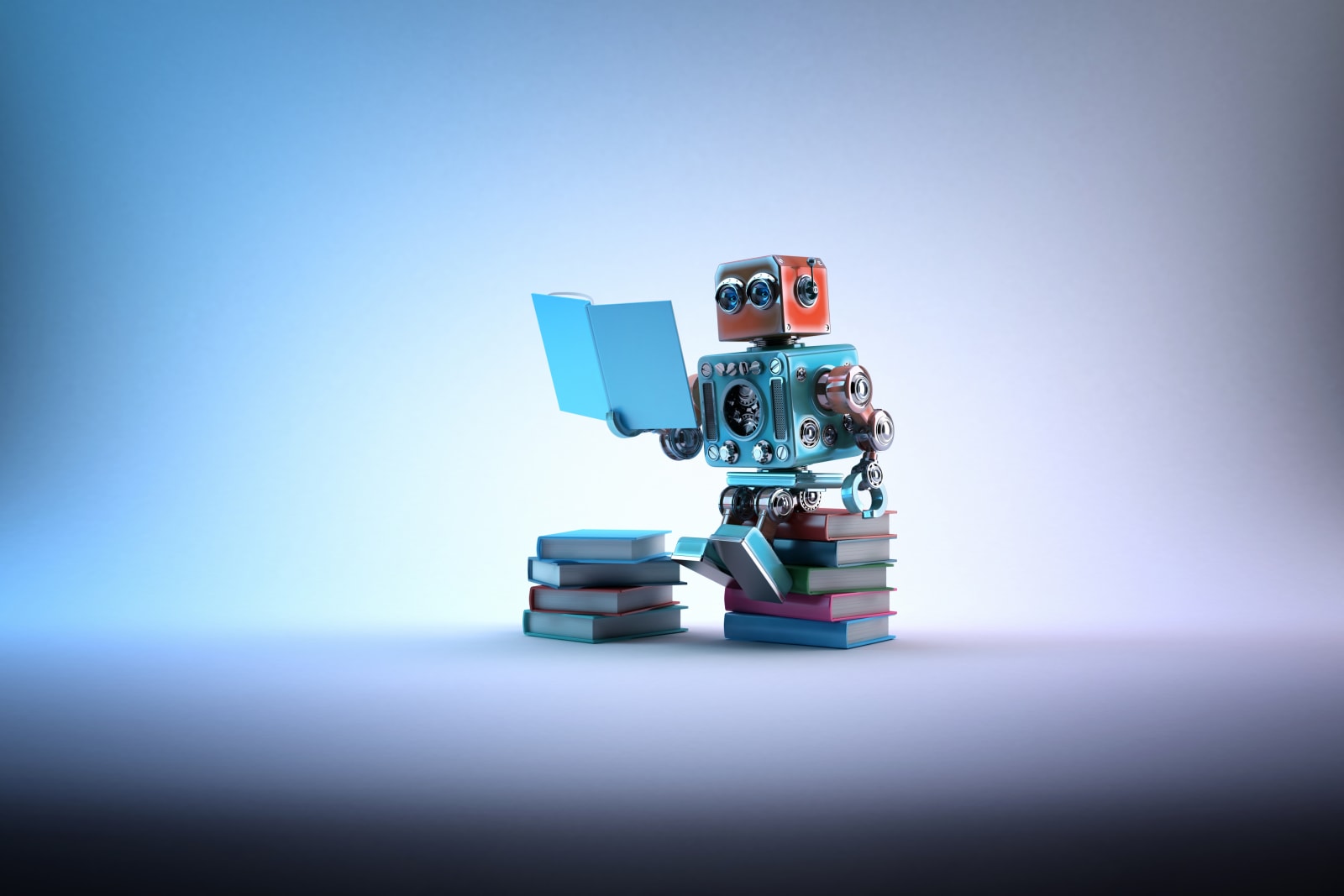 Even when artificial, intelligence is complicated

I've been thinking about the complex relationship between the mind and technology since I was a senior in high school. That's when I wrote the prologue of my first novel, a near-future science-fiction story about the world's first brain-transplant patient.

Neuropsychology is fascinating to me -- it was my major for a hot minute in college -- but even though I'd researched its components for years, I'd never shared my thoughts about the technological singularity as a journalist. I felt vulnerable writing this editorial for AI Week, which is why I'm so glad I did it. 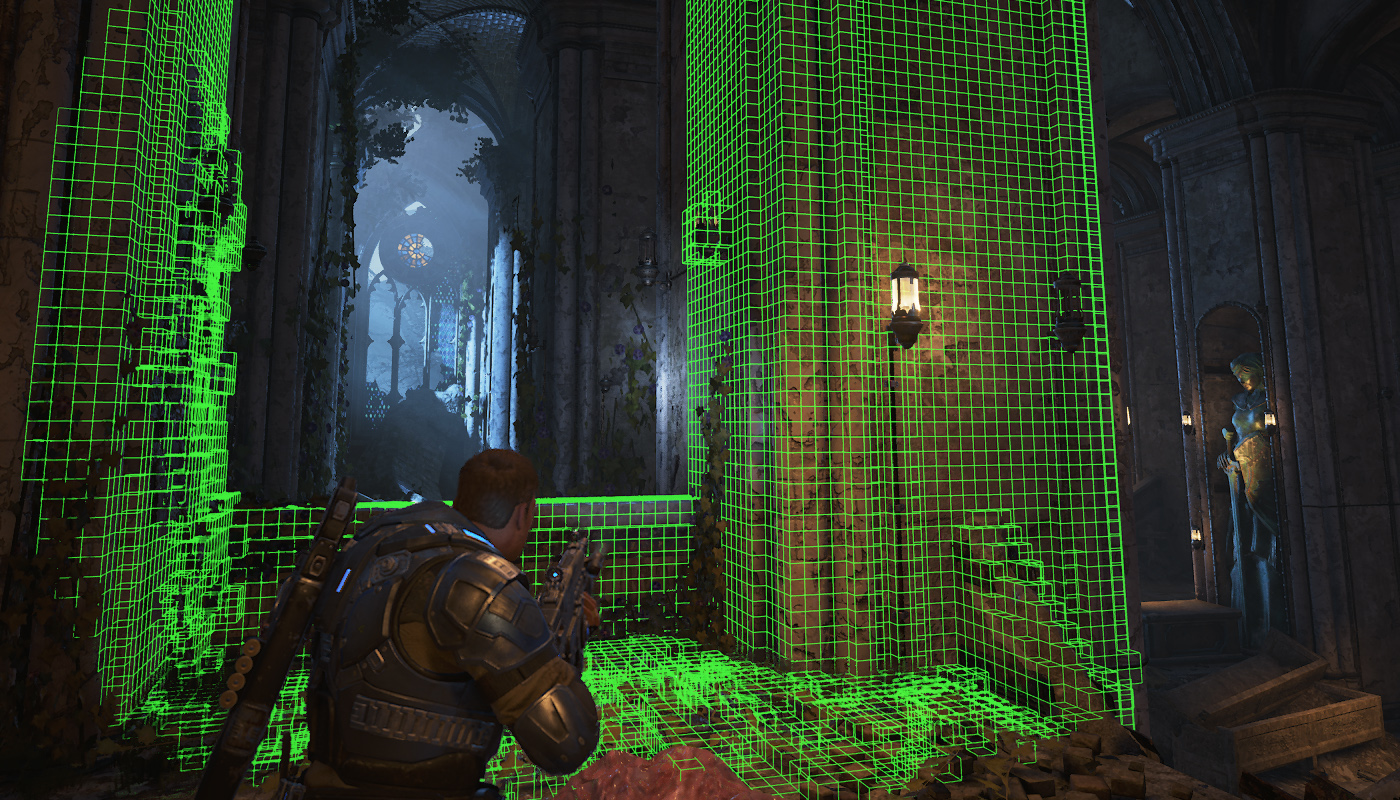 While I love video game music, I rarely think about sound design. The atmosphere created when hailstones rattle against the roof of a dilapidated factory. The tension you feel when a tree branch snaps in a seemingly empty forest. Back in October, Tim dived into Gears of War 4 and the sounds that were achieved with a Microsoft technology called Triton.

It's a fascinating read, explaining a technical part of video game development in a way that anyone can understand. I'm not a huge fan of the roadie-run franchise, but this piece made me want to check out The Coalition's handiwork.

What's the level below casual gamer? Whatever you call that, it's what I am. I'm interested, but it's not something I spend a lot of time doing. However, I do have a soft spot for Gears of War as it was one of the few games besides Call of Duty, NCAA Football and a few others that really kept my attention.

As more of an audio/music nerd, Tim's feature on how Microsoft made the sound in the latest Gears so good is a deep dive into a crucial part of every game. In this case, the effort put in to make sure hallways don't sound like bathrooms makes all the difference. 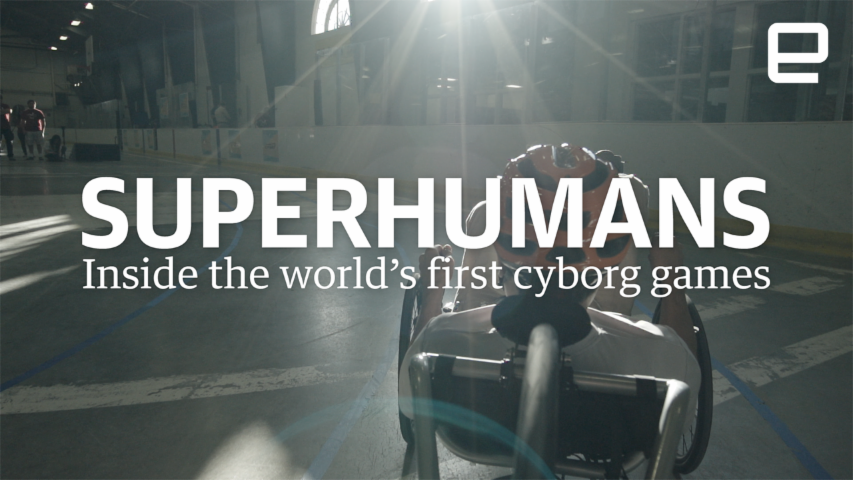 I loved watching Superhumans, our video series about the world's first cyborg games. But it's one of Mona Lalwani's accompanying essays that stayed with me longest. In it, she looked into the lives of two competitors, both left paralyzed by accidents, that were competing in a cycling event thanks to tech.

Another important story came from Jessica Conditt, who reported on a nonprofit organization working to support those in the gaming industry that are living with depression. It's an undercovered, highly stigmatized topic, and Jess' article offers a beacon of hope for those that struggle with mental health issues.

You can trace a direct line from Stuxnet -- the brainchild of the US and Israel to attack Iran's nuclear program -- to Russia's hacking of this year's presidential election. Stuxnet was the first major cyberattack from a nation state, and it led to subsequent attacks from Iran, North Korea and others.

In his most recent documentary, Zero Days, Alex Gibney breaks down the inside story of Stuxnet and why it's necessary for countries to discuss cyberwarfare. I didn't realize it at the time, but my chat with Gibney and Symantec researchers Eric Chien and Liam O'Murchu ended up being my most prescient interview this year.

My favorite report was on Hebocon, a competition to find the world's crappiest robot. Held in Tokyo, most of the robots were low-tech and poorly-made. One was literally a sex toy on wheels. I laughed, I cried, I took as many photos and gifs as I could.

You should definitely watch our video series on the Cybathlon. Mona and our video team covered the world's fist cyber games in Switzerland, where augmented athletes competed using exoskeletons, arm prosthetics, brain-computer interfaces and more. The competition's purpose was to push the field of bionic-assistive technology to do more for the people who need it -- to drag it forward. I can't wait to see what happens next year, or even five years from now. 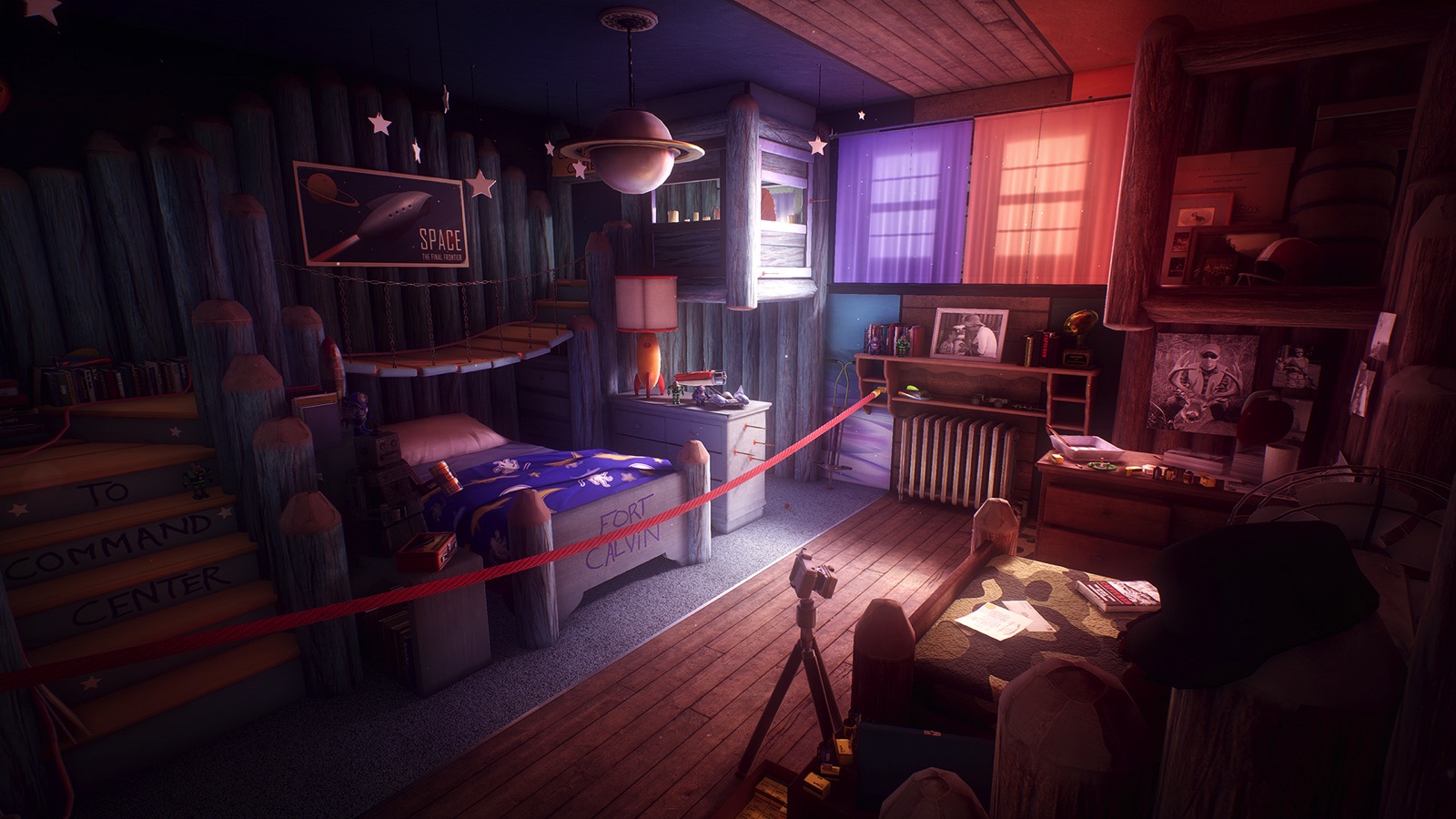 Games can make you feel uncomfortable

I joined Engadget in June this year, so really this pick is my favorite from the past six months. In my time here, I've loved every single piece I've written equally -- they're all my children -- so I decided to avoid showing bias by picking someone else's.

I really enjoyed Jess Conditt's amazing piece on What Remains of Edith Finch that drew me in with a compelling headline but that managed to avoid being sensational in its handling of a sensitive topic. I'm a casual gamer and a huge fan of the horror genre, and Jess' story made me really want to check out the game to see if it's as calmly macabre as she describes. 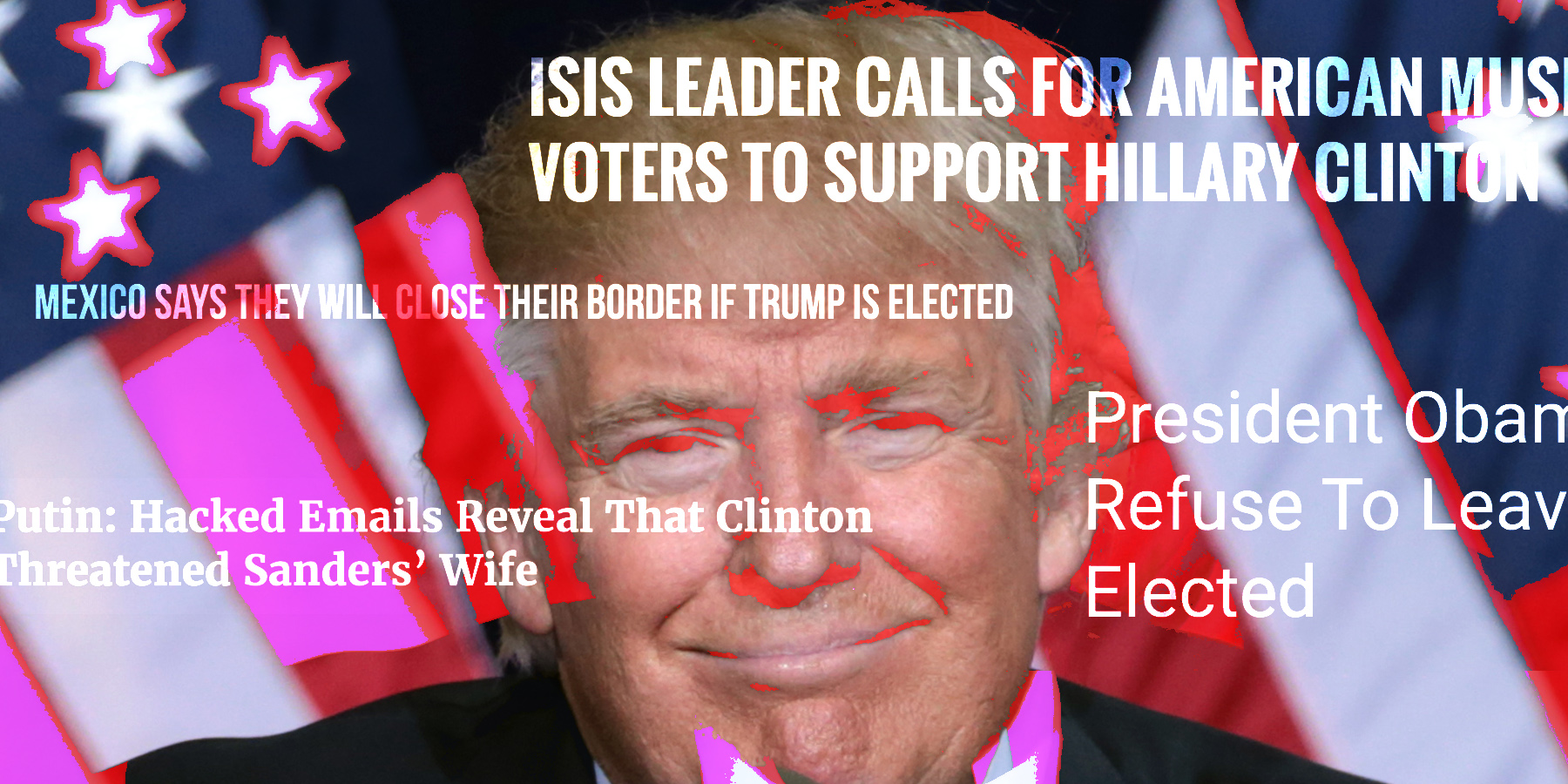 My favorite piece to write this year was one where I was able to combine a love of my home state (and Detroit) into a story that touched on the broader implications of an android-filled future (no not Google's Android). Also, it was a nice chance to break away from typical E3 preview coverage, and dig into something a little deeper.

As for the work of my colleagues, Aaron knocked this story about the follow-up to Resogun out of the park. Not just in terms of writing, but also reporting and layout. Not much else needs to be said. Likewise Jess did a great job covering the fascinating connection between earthquake science and predicting elections, and of course, our coverage on the fake news debacle that followed. 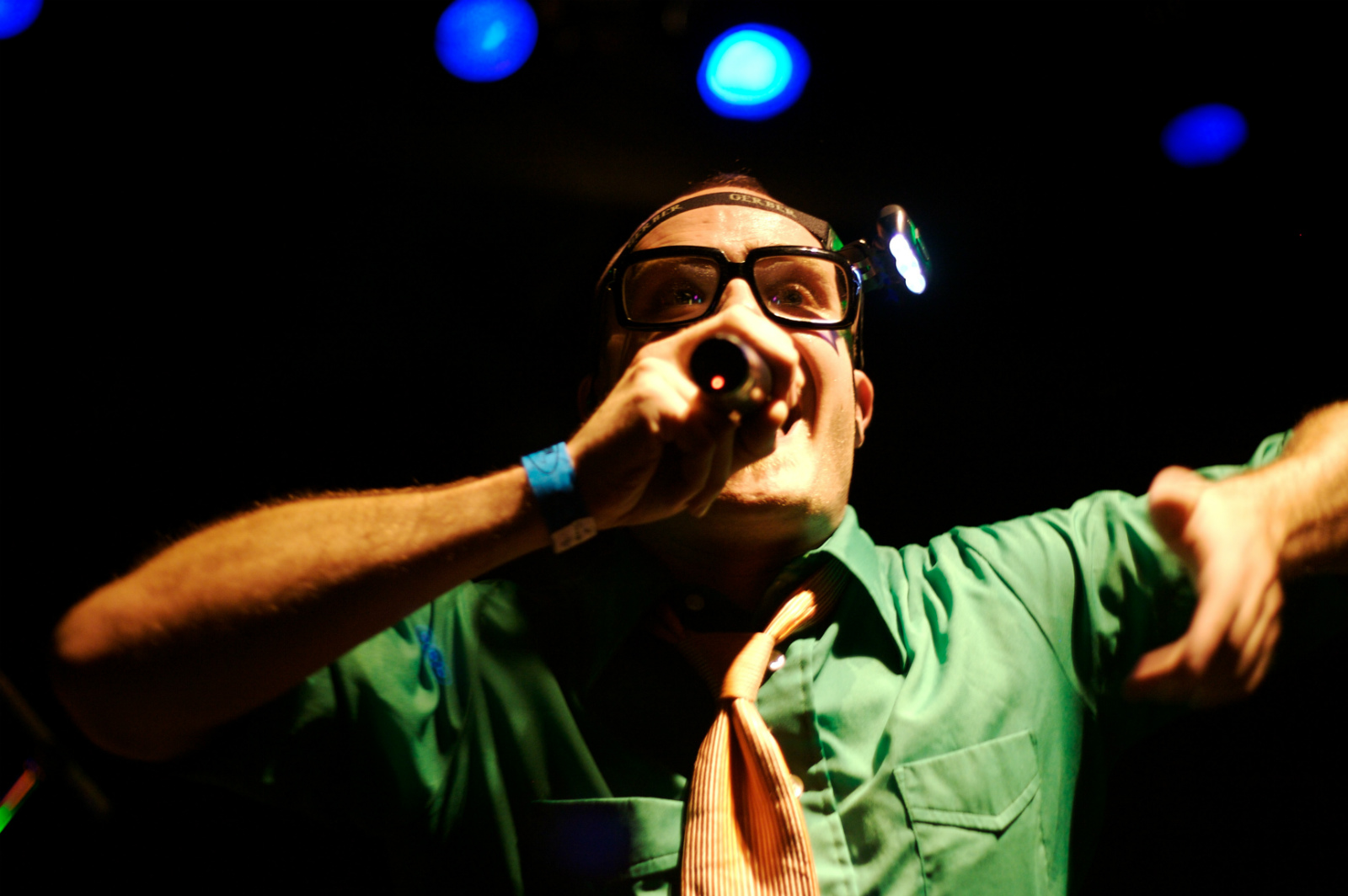 Underground hip-hop and the end of the universe

Jess's feature on the collision of hip-hop and nerd culture is exactly the kind of story I love seeing on Engadget. It's not about gadgets and on its face it isn't a story that screams "technology," but it's a profile of a movement that wouldn't exist without the geek culture that sprung up around technology. I had never heard about or thought about this sort of music before, and any story that opens my eyes a little to something I didn't know about before in such an entertaining way is worth a read. 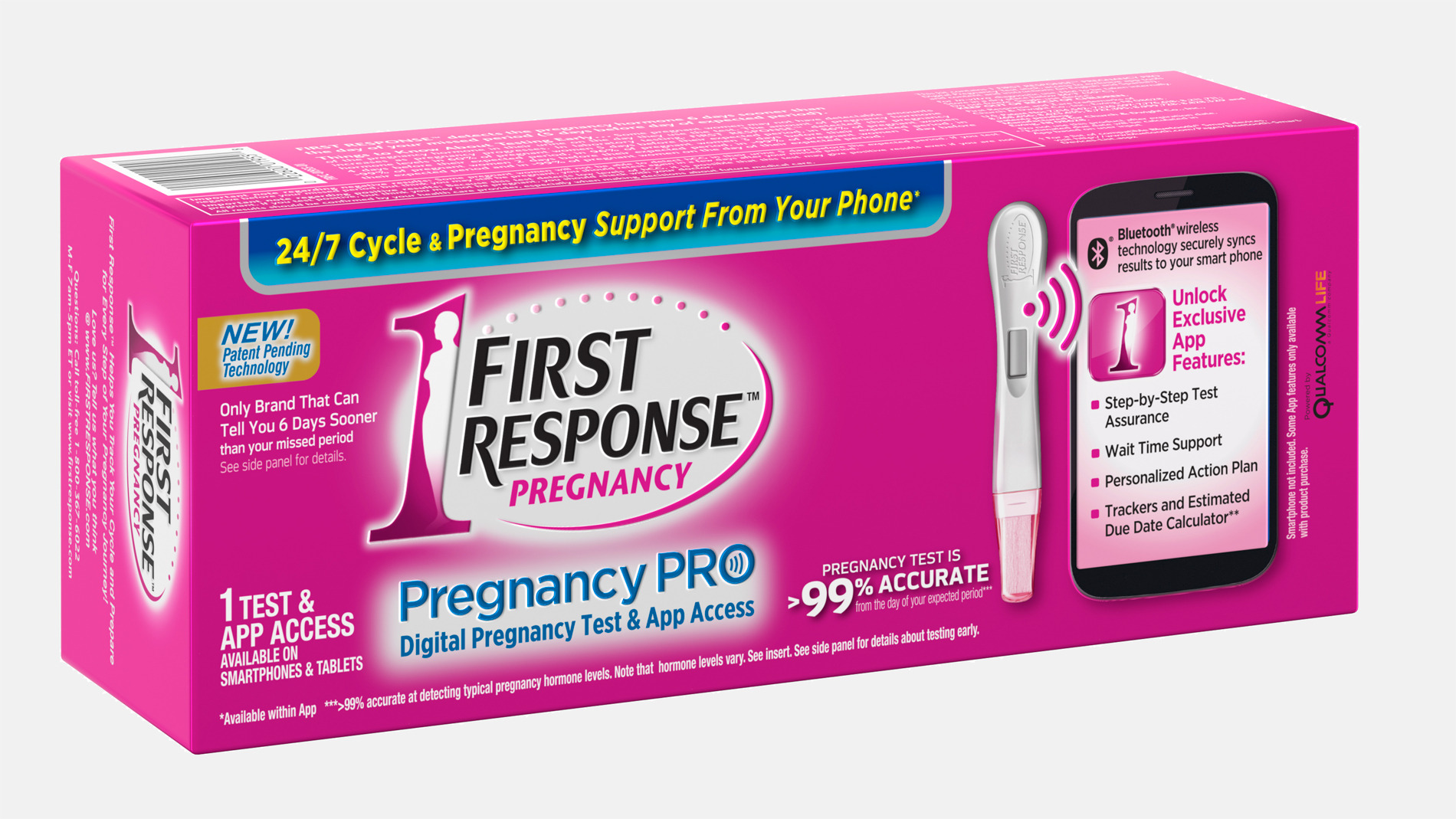 Everything needs to have an app, right? Well, not to me. Back in January at CES, I learned about a Bluetooth-enabled pregnancy test and, well, got a little upset that something so inexorably personal was now part of the "Internet of Things" movement. I thought it was opportunistic and completely unnecessary (even if it does work on smartphones and tablets!). Almost a year later, and I still feel the same way. 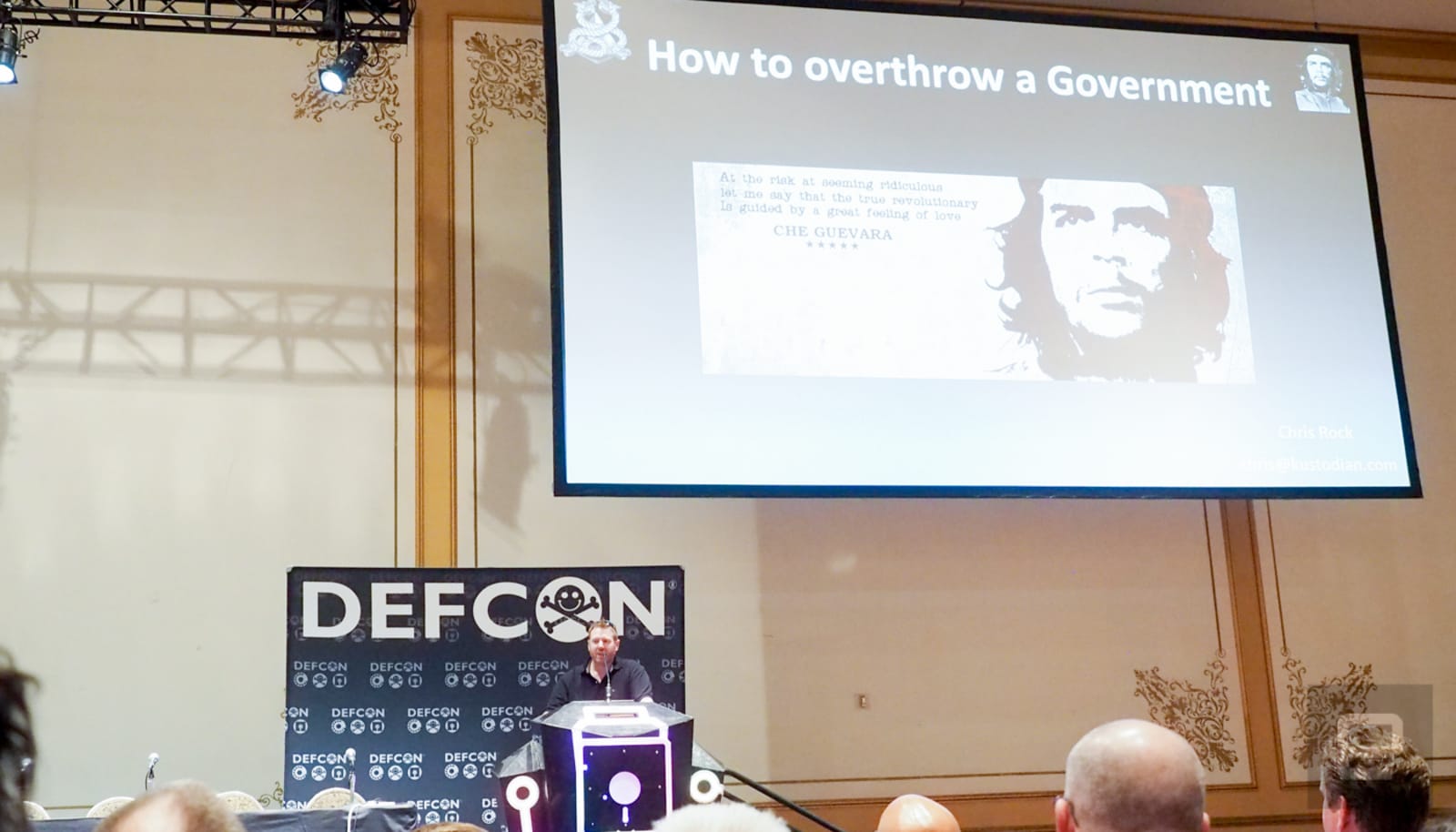 The United States is currently up in arms over the possibility that Russia hacked our democratic process. "How could such a thing happen?" I've heard people utter a version of this again and again. The reality is that this is nothing new (just look at the US involvement in Latin America in the 1980s).

During Def Con this year security researcher Chris Rock laid out just how simple it is to undermine the political status quo; regime change no longer requires guns and military. A few well placed articles, some hacked email and/or bank accounts and you're on your way to a bold and frightening new world. AKA 2017. 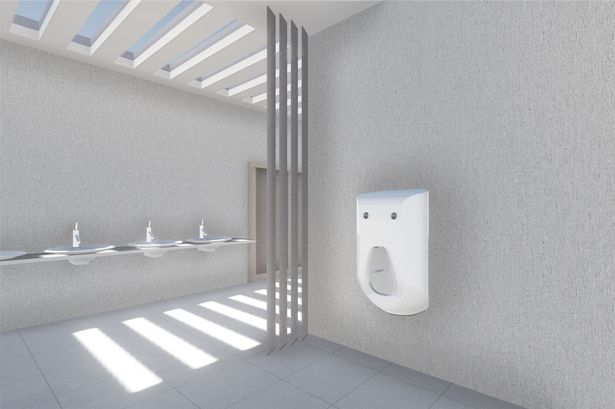 Our editors and producers did some truly thought-provoking work this year. There was Jess Conditt's exploration of AI's limits, Mona Lalwani's in-depth look at the world's first cyborg olympics, Aaron Souppouris' very personal essay about "That Dragon, Cancer," Cherlynn Lowe's first-person exploration of Donald Trump's potential effect on immigration and Daniel Cooper's heartfelt shift to daddy blogging. But I'm shallow and I love to see things fall apart. So 2016 was basically my year.

Our social media expert Nicole Lee took Snapchat to task for its racist filters, Edgar Alvarez called out the Kardashians for pimping products on Instagram, Andrew Tarantola attended a pathetic Pokemon crawl and our managing editor, Dana Wollman, braved the world of smart tampons. All this is to say, please keep fucking up because we do great work when you do.

In this article: 2016, bestof, culture, editorial, editorspicks, engadget, gadgetry, gadgets
All products recommended by Engadget are selected by our editorial team, independent of our parent company. Some of our stories include affiliate links. If you buy something through one of these links, we may earn an affiliate commission.