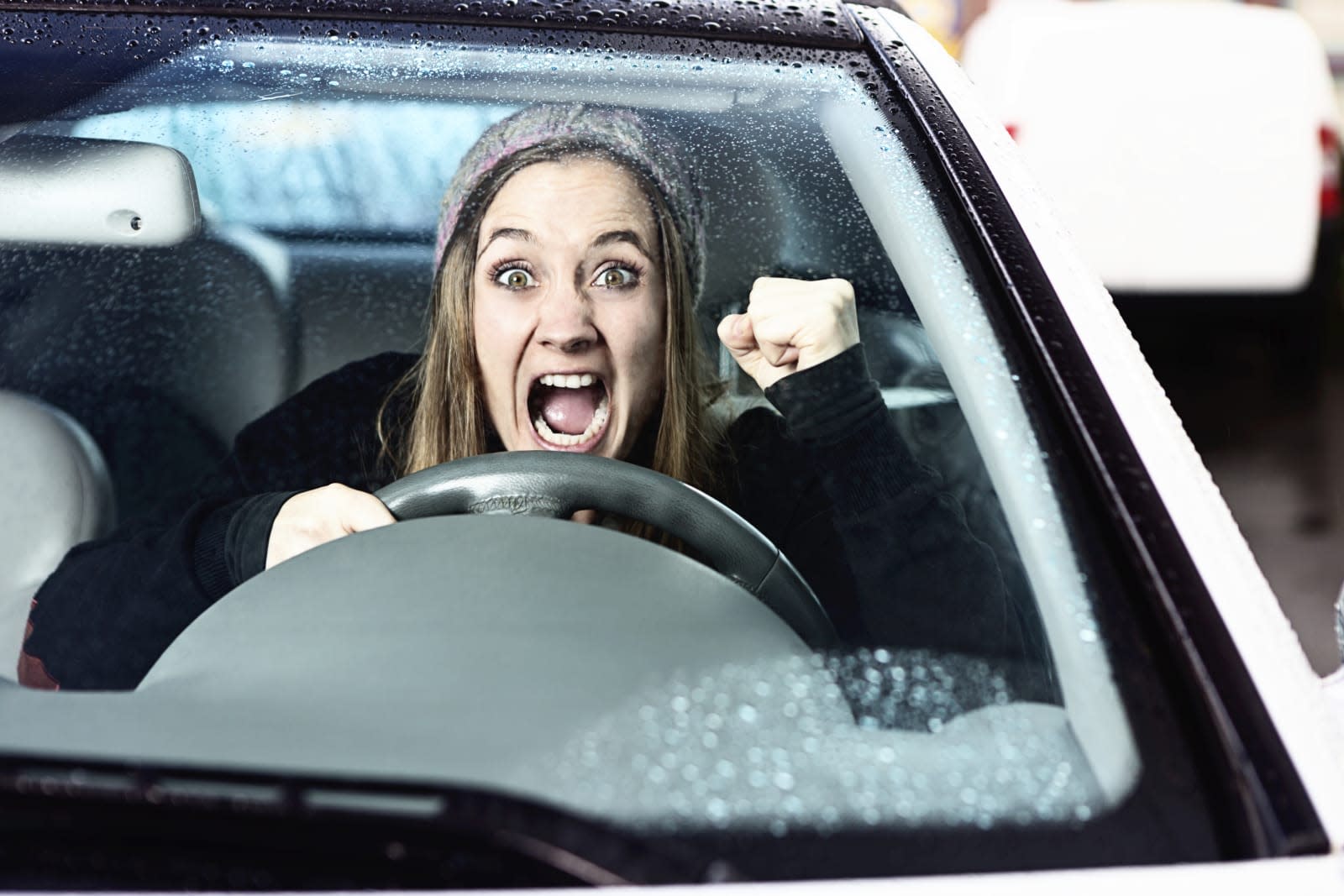 When you're driving, it's all too easy to rage at fellow motorists who are either in a hurry or taking their sweet time. After all, you don't know the context. Are they in a real predicament, or just careless? If TUe researchers have their way, though, you'll know when to cut some slack. They've developed a mobile app, CarNote, that uses augmented reality (displayed in front of you through a periscope lens add-on) to let fellow drivers signal their intents and feelings. If you're in a rush to the hospital, for instance, you can notify commuters behind you so they don't honk their horns or chase you down. There are limits to how often you can use it, so habitual speeders can't just leave it on to excuse their behavior.

The project even has a "like" system that lets drivers say what they think about the cars ahead. It's potentially more effective than honking -- if one driver is routinely cutting people off, all their victims can register their displeasure. The CarNote team even suggests that insurance companies could use an excessive number of dislikes to hike someone's rates. It's hard to say if drivers would agree to that (what if an honest mistake angers a bunch of drivers and ruins your rating?), but it might discourage reckless driving.

It's a clever idea, and early tests suggest that it does lead drivers to be more understanding. However, there are a few challenges to face. At the least, you'd need to build this into most cars to be effective. What good would your built-in AR system be if the person blitzing through traffic is driving a classic car? Also, it'd have to be implemented quickly to make a difference. While we're still years away from fully autonomous cars, they're close enough that CarNote might only be a stopgap that lasts until most cars are smart enough to talk to each other. Still, it's promising -- and it could be worthwhile if it prevents even a few road rage incidents before they start.

In this article: augmentedreality, carnote, communication, culture, EindhovenUniversityOfTechnology, Heads-upDisplay, hud, mobile, roadrage, science, transportation, tue
All products recommended by Engadget are selected by our editorial team, independent of our parent company. Some of our stories include affiliate links. If you buy something through one of these links, we may earn an affiliate commission.