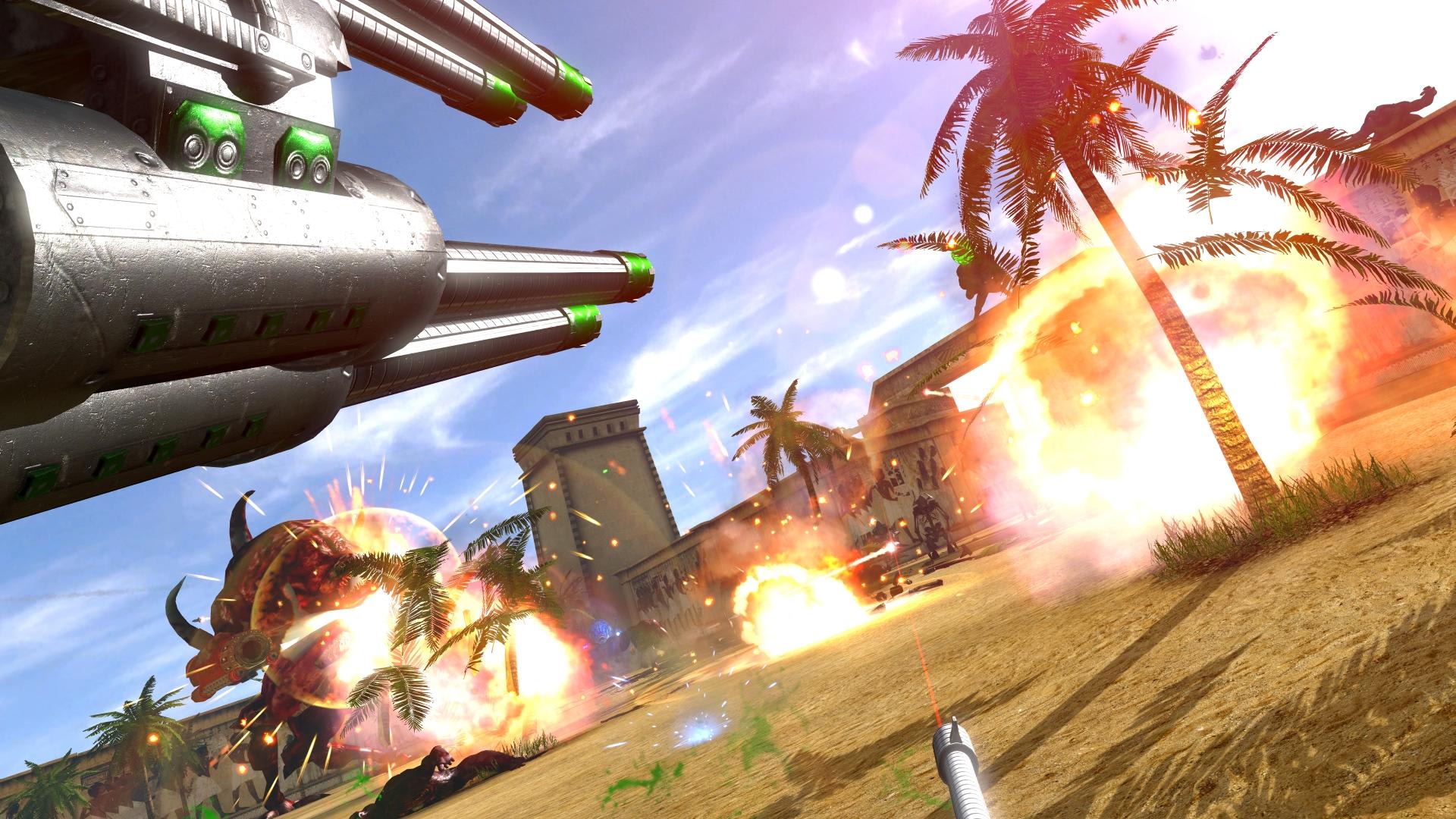 If you're a fan of bombastic early-2000s first-person shooters and you own a HTC Vive or an Oculus Rift, Croteam has you covered. Serious Sam, the studio's fast-paced, over-the-top and gratuitously violent ode to big guns, explosions and cheesy one-liners now has two more VR games on Steam.

Serious Sam VR: The First Encounter and Serious Sam VR: The Second Encounter are ports of the first two games in the franchise. Or, rather, they're ports of the HD remasters of those original games. In addition to full single-player campaigns, they feature co-op and multiplayer modes for up to 15 people. And, unlike many VR shooters, none of it is on rails. Both games offer full locomotion via the trackpad, or a teleportation system, and players can adjust the way they move through the virtual space to best suit their play styles.

A third VR title, Serious Sam VR: The Last Hope, was unveiled at E3 last year and is currently available via Early Access. Steam is offering all three VR titles bundled together for 25 percent off until April 11th. The team is also working on a sequel, Serious Sam 4, but there's no word yet on when it'll be ready or if it'll also be available in VR.